G. Nausėda presents tasks expected of future ministers: there will be no welfare state exams

Survey: Vilnius residents name the most important criteria for a good neighbourhood

Danske Bank economist predicts 2013 will be better for Lithuania, but raising minimum wages is unrealistic 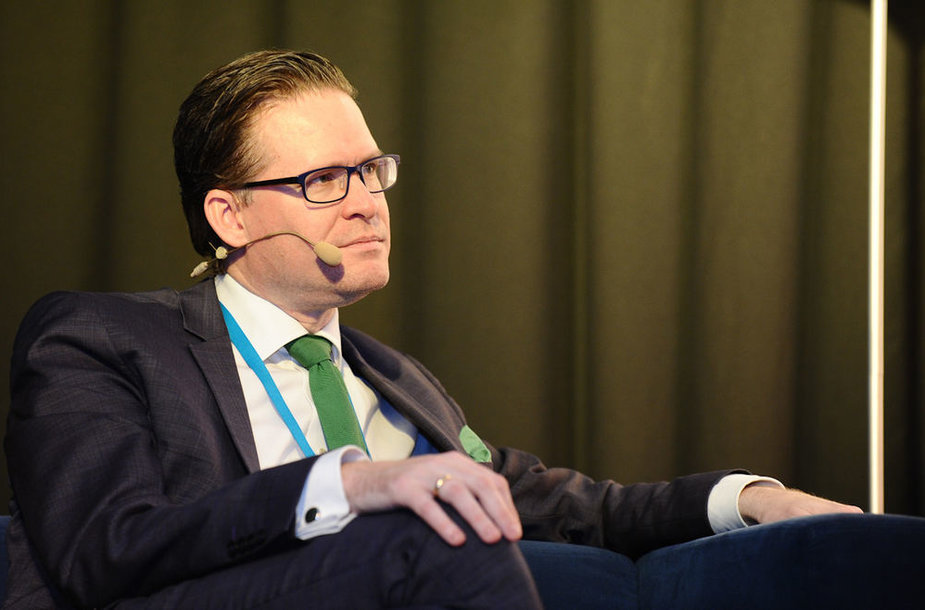 The year 2013 will be better for the Lithuanian, European and global economy, Lars Christensen, an economist with Danske Bank, has said.

Lithuania’s economy would much depend on the situation in the euro zone and the policy of the European Central Bank (ECB), he noted at the Baltic regional investors forum in Vilnius on Thursday.

“I do believe the year 2013 will be better than 2012 and certainly better than 2011 for the Lithuanian economy, for the European economy and for the global economy. That's my forecast", Christensen said.

Future economic development would much depend on the ECB’s monetary policy, which, in the economist’s view, had often been unsound until now and should follow the suit of the Federal Reserve more.

Christensen said that austerity was inevitable in European countries in order to overcome the crisis, but a key focus should be on the monetary policy, which the ECB had refused to relax.

"I do regret that the ECB tightened monetary policy in 2011. I think it was very very wrong," he said.

"I think Europe's politicians are actually doing a better job than our central bankers. That's maybe the first time in world's history; austerity is just simple necessity," he said.

Following the Seimas elections, Lithuania's new government should continue austerity measures and will not be to drastically increase the minimum wage as it would lead to an increase in unemployment, Lars Christensen believes.

"No matter who wins the elections, there is no way around the fact that fiscal consolidation will have to be continued. If we had a plan to ease fiscal policy, by, let's say, five percent of GDP tomorrow, we would have to go out and borrow the money. I am telling you - that option does not exist," he said.

Christensen said he understood the government's wish to help people hit by the crisis, but, he added, a sudden increase of the minimum wage would make a lot of people unemployed.

"I can understand you want to help these people but shutting them out of the labour market by increasing minimal wages dramatically is not helping anybody," he told BNS.

Meanwhile the ruling conservatives plan to gradually increase the non-taxable share of income until it reaches the minimum wage, currently standing at LTL 850.