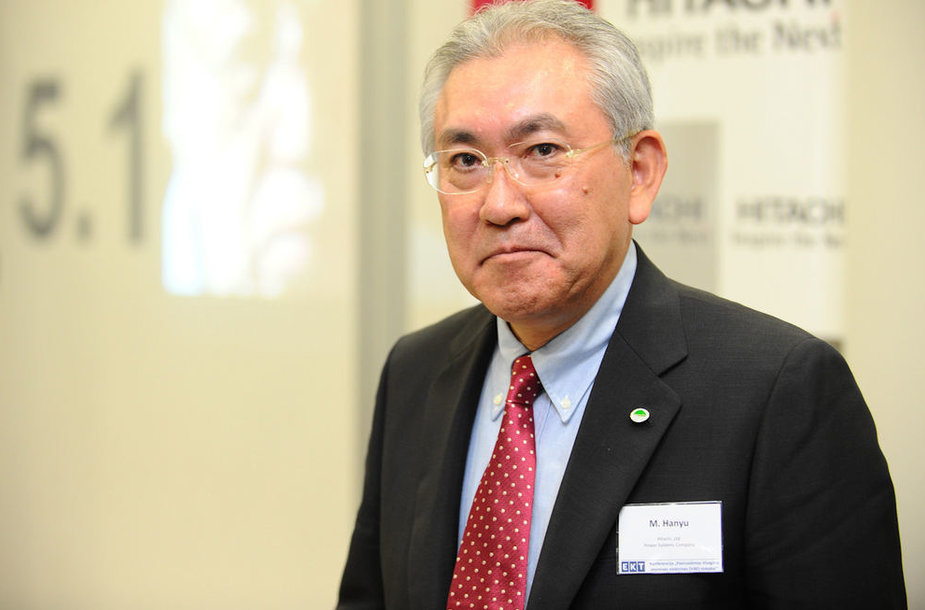 The vice-president of Japan's Hitachi, the strategic investor in Lithuania's planned Visaginas nuclear power facility, says that regional partners play a key role in the project and that their withdrawal would pose the greatest threat. Masaharu Hanyu hopes that Lithuanian people will vote in favor of nuclear project in a referendum to be held in one month.

"The greatest risk would be if one of the investors, say, decided to withdraw from the project. We see this as the greatest risk. But we should underline that this issue is also on the list of issues of the project monitoring committee. What's important is that the participants of the project trust each other and understand the importance of this project," he said in an interview with BNS.

Hanyu admitted that the project is running slightly behind schedule, but said that it is better to achieve agreement among the partners now than in later stages.

"From Hitachi's perspective, the project is somewhat behind schedule, but we understand the complexity of the project. But it's not only Hitachi and Lithuania. There are also the regional partners. That takes time. If we currently need more time to reach a common conclusion, we are sure that this will save us time at a later stage. It's important to reach a common conclusion now, rather than in later stages," he said.

Speaking about Lithuania's upcoming nuclear power plant referendum and general elections, the vice-president said that Hitachi is closely following the situation and will respect the results, whatever they are.

"We are following the situation, media reports. We are familiar with the situation. If it happens that the Lithuanian Seimas takes a decision to suspend the project, we are going to respect and accept that decision," he said.

Asked what outcome he expects from the referendum, Hitachi's vice-president said, "Hope. We expect that the referendum will show that there are more supporters of the new nuclear power plant."

Hanyu stressed more than once during the interview that the Visaginas project is a large-scale project and requires a considerable amount of time. He also underlined the project's importance for the Baltic region.

Hitachi's vice-president said that the plan is to establish a project company before signing the concession and shareholder agreements.

"We want to establish a project company, but we still need to discuss certain details with Latvia and Estonia. Of course, we can't be 100-percent sure that this is going to be done this year. But the project monitoring committee is doing a good job that will bring beneficial results," he said.

Together with Latvia, Estonia, and Hitachi, Lithuania expects to build the nuclear power plant by 2020 to 2022.

Under a draft concession agreement, Hitachi should own 20 percent of shares in the project company and Lithuania would hold 38 percent. Latvia and Estonia would take stakes of 20 percent and 22 percent, respectively. The ownership stakes could change somewhat if Poland joined the project.

Hitachi, together with Hitachi-GE Nuclear Services, in which Hitachi holds an 80 percent stake, is the Visaginas plant's strategic investor.