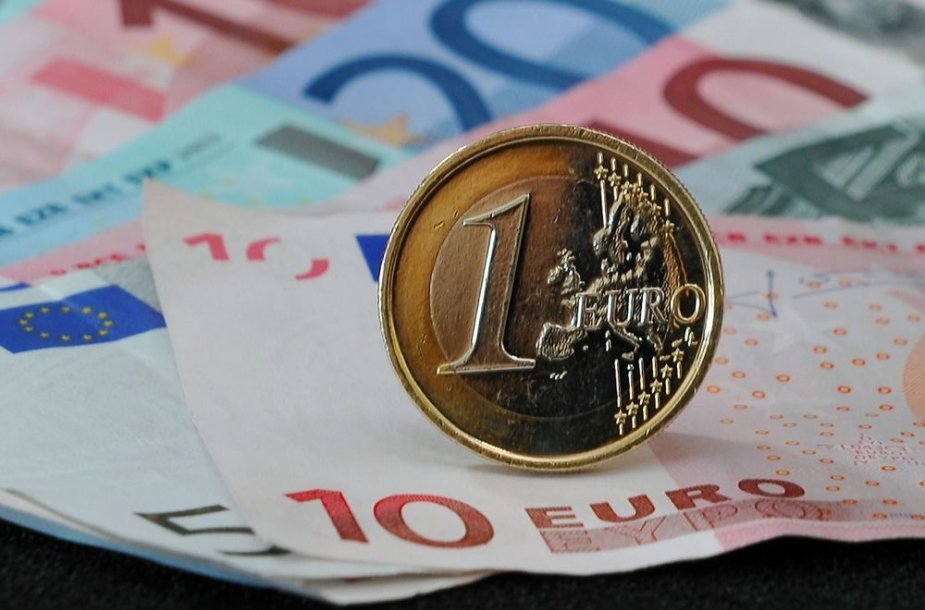 AFP/„Scanpix“ nuotr. / Euro
Source: BNS
The strengthening US dollar against the euro will push up prices for raw materials, forcing Lithuanian industry to freeze wages in order to remain competitive and causing prices for fuel and other products to resume their upward climb, the daily Lietuvos Žinios reports.

However, experts expect that the economic crisis will be less severe than that in 2008 to 2009.

Professor Jonas Čičinskas of the Institute of International Relations and Political Science of Vilnius University said that he saw no signs of a strengthening euro in the near term, adding that a weak euro was more harmful than helpful to Lithuania. National currency, the litas, is pegged to the single European currency at a fixed rate.

"Lithuania purchases much of its raw materials in dollars. For example, Orlen Lietuva buys crude (in dollars). As global raw material prices are mostly set in dollars, these prices are now rising for us, driving up production costs and leavings little prospect for an increase in real wages," the paper quotes him as saying.

Nerijus Mačiulis, chief economist at Swedbank, said that a weakening euro has some positive impact on the competitiveness of Europe and Lithuania.

"The litas is depreciating against global currencies along with the euro. That is bringing down prices for Lithuanian products in foreign markets and driving up demand for these products. With the eurozone mired in recession, Lithuanian companies managed to increase their production and exports," he said.

However, Mačiulis warned that further weakening of the euro would mean a serious currency crisis.