If you are more than friendly with the computer click, then you have to agree that a well-designed Web site is the key to success. It is clear that a properly designed Web site will boost the image of a company, generate more revenue and give the company a fresh look. To the contrary, a shabby ‘last century’ cheap design can tarnish a reputation and scare off potential clients.
Linas Jegelevičius
Source: The Baltic Times 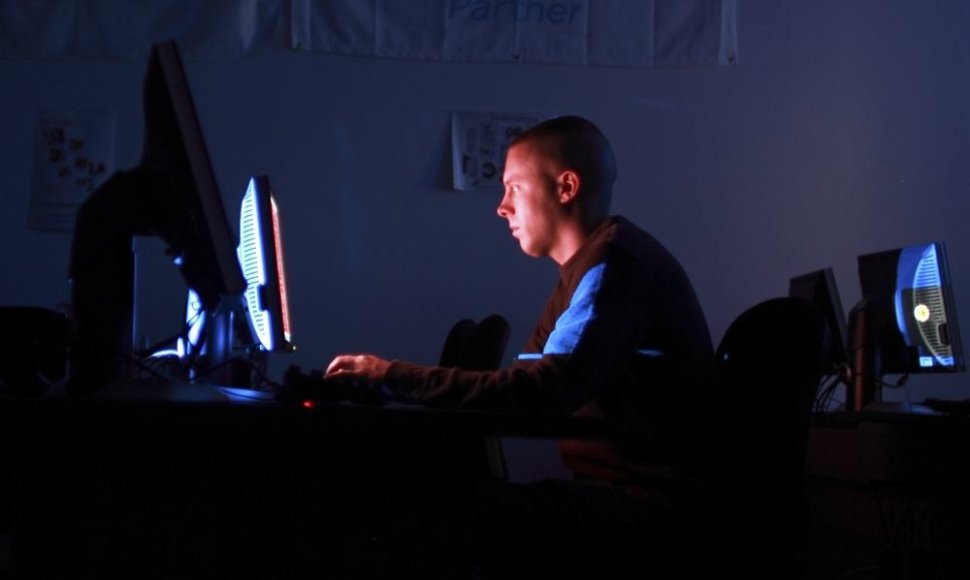 The web design market today is full of work done both by professional Web designers, charging up to 50,000 litas for a sophisticated site, and fresh-faced college kids who take a couple of hundred litas for their work. / „Reuters“/„Scanpix“ nuotr.
Aa A + A - Reset
Report mistake

Rely on a friend’s advice

“I barely know these days any self-respecting company that would not have its own Web site. Ironically, that is a bad thing for Web designers, some of whom still believe that there are self-respecting companies without their own sites,” says Artūras Miliauskas, Web-designer from Klaipėda.

He says the market today is full of work done both by professional Web designers, charging up to 50,000 litas (14,500 euros) for a sophisticated-design Web site, and fresh-faced college kids who take a couple of hundred litas for their work. When it comes to picking the right one, it can be confusing, he says.

“If I were to advise, I’d suggest going by the references of your friends or co-workers, who are happy with the design work and the quality-price ratio for their own Web site. If you are completely new in the Web jungle, it would make sense to take a look at the IT solution provider’s own Web site. Does it look like the one you saw twenty years ago? Does it infuse you with some credibility?” the Klaipėda resident says.

In the last years, he says, design prices have gone down, a result of simplified Web design techniques and huge competition. Especially after the downturn, fixed-format Web portals became very popular, he notes.

“In Lithuanian, we call them paruoštukai. It could be translated into English like ready-made Web site templates,” the IT specialist explains. He adds: “This Web design solution is very widespread because of its quickness and cheapness. Such kind of a Web site can be launched literally in a couple of days, and the price will be around 300-1,000 litas,” the Web designer relates.

There are several paruoštukai templates, he says. Creators of the cheapest ones suggest self-designing one for free. “The free one is tricky. The ‘secret’ of free Web sites is simple: though free, the administering and server charges are considerably bigger than better quality pay-for-work-Web sites,” says Miliauskas.

Sure, originality is out of the question with the ready-made Web sites. “There is still big demand for these kinds of Web sites. Focusing on the price does not surprise me as Lithuanians are known for being quite frugal. However, the likelihood that the cheap Web site owner will knock at the door soon for an update or a more sophisticated Web feature is big. Sure, he or she will have to pay extra for the extra services,” the Web designer says.

For those seeking exclusivity, individual design decisions are offered. “Such Web sites are usually well thought out and adapted to the company’s business specifics. In case of an individualized approach, the Web site creation process includes designing, design creation, programming, testing and maintaining. The client’s needs are of utmost importance. Sure, they cost appropriately,” Miliauskas says.

Only a few on the cozy top

Nerijus Jasinskas, another designer, says that unlike other creative activities requiring an individualized approach, Web site design today is the most indefinite, control-lacking and, simultaneously, competitive business around. “No other business activity is so loose and control-free as Web designing. That is the reason why there are thousands of shady designers in the market. Only the best 25 companies can rely on their trademark to drive a constantly high number of clientele in. All others have to prove themselves every time,” the designer says.

He says the bulk of the lucrative sales goes to a few Lithuanian-standard Web design industry leaders. “Hundreds of smaller, often one-man Web design companies, feed on the crumbs left behind. The good thing about the activity is, it does not require any investment; therefore, we all see start-ups in the market,” says the designer.

Though Jasinskas emphasizes the Web design business has been through a considerable slowdown in recent years, which was led by lower prices, the numbers of customers seeking a professional Web designer’s help are constantly growing. “And people are more often ready to invest more in Web solutions. People have come to the understanding that you cannot get a good item for a hundred-plus-something litas.”

If a designer charges a few hundred litas and promises a good and easily-run Web site, there is something wrong. It will likely be difficult to operate. Therefore, the customer will have to ask the designer for extra services later on, for which he will be charged extra money every time he does something. A good, professionally designed site has to be managed easily, requiring little Web knowledge. For my clients, once the work is done, I provide an easy, step-by-step video guidance on how to run the Web site,” the designer says.

Darius Bagdžiūnas, executive director and founder of Gaumina, which presents itself as the largest Web design company in the Baltics, says he would not have been so successful in the Web market if not for spinning the vinyl - records - on campus over ten years ago. “I had never been afraid of challenges in my life. For me, a guy with no starry résumé, it was really challenging to stand in the DJ booth and get the crowd revved-up. I succeeded. It was the idea of starting my own IT company that engulfed me.

"Fourteen years ago was a time when Web sites were getting trendy, as well as the entire e-business, and Lithuania had not been advanced in the field. I was a rookie in the field and needed to come up with some cash for the venture,” he says.

He says finding some money for the start-up was one of the hardest things. “It was a time when a promising young man could easily get a bank loan in the West, not in Lithuania. So I had to rely on a couple of my buddies, whom I talked into putting their own money into the IT idea. It’s funny to remember now; we were able to collect roughly 3,000 litas and we had only one clunker-type car and an obsolete PC in our possession. I was lucky to live with my parents back then,” he says.

The start-up’s beginning was tough. “We had not made a cent for several years at the start. But the zest and drive to do things better than others was there, and that is what led us to success eventually,” says Bagdžiūnas.

Today, Gaumina serves over 500 clients worldwide. “We have clients not only in the Baltics, our main target, but also in Ireland, Great Britain, Denmark, Finland, Sweden, the Netherlands, France, Russia, and the United States,” the IT entrepreneur says. “They include small, medium-size and large corporations with thousands of employees,”  he says.

Approximately 15-20 specialists work on every Gaumina IT project.

“Letting each specialist work the way he thinks best is the key factor to success,” the CEO says. The hardest thing in penetrating global markets was overcoming the quite negative Lithuanian image and gain international clients’ trust.

“Despite a costly campaign aimed at perking up the Lithuanian image abroad, those activities often still stumble. Frankly, many potential big clients would be distracted by other non-IT business related things in the negotiations. Luckily, with hard work we have been able to overcome their prejudices and nab big projects, with Guinness, Diesel, Bank of Ireland, Virgin Atlantic, and others,” Bagdžiūnas says.

When the company opened up its branch in Ireland, some uncertain clients, instead of speaking of the business, kept asking whether electric power is fully available in Lithuania. And some of the wary clients were seemingly more concerned that we may steal something from their office,” the businessman says, grinning.

But those times when the Lithuanians programmers in Ireland were put on par with cheap Indian IT counterparts are in the past. And several Irish IT sector awards for Gaumina’s IT solutions in the market - as well as an increasing number of clients - is the best proof the company is on the right track.