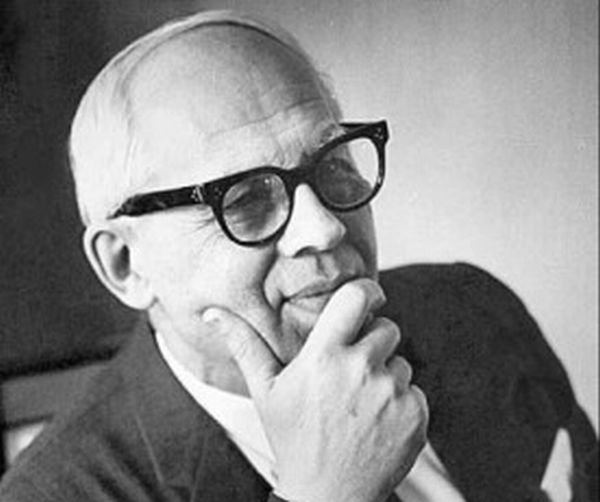 The conference is scheduled to take place at the grand hall of the Kaunas municipality on Saturday.

On Monday, the university said it was refusing to provide premises for the event because "the position of Vytautas Magnus University is to not host any non-academic events in venues of the university."

According to the conference agenda available to BNS, speakers at the event will include Augustinas Idzelis, director of the Center of Lithuanian Studies and Research, Arūnas Bubnys of the Lithuanian Genocide and Resistance Research Center, Viktorija Skrupskelytė and Ilona Strumickienė of Vytautas Magnus University and Rožė Šomkaitė who hosted Brazaitis during the last years of his life.

Brazaitis' legacy will be presented at a news conference at the parliament on Friday by MPs Arvydas Anušauskas and Rytas Kupčinskas, Idzelis and journalist Vidmantas Valiušaitis.

The remains of Brazaitis, who was known as Ambrazevičius before the war, were flown back to Vilnius from the United States on Thursday. Last farewells are starting at the Christ's Resurrection Church in Kaunas on Friday before reburial on Sunday.

Brazaitis passed away in 1974 and was buried in Putnam cemetery, Connecticut.

Lithuania's government financed reburial of his remains, however, top officials of Lithuania will not attend the ceremonies.

Lithuania's plans to rebury Juozas Ambrazevičius-Brazaitis, head of the provisional 1941 government, do not mean it is concealing history but wants to show full picture, says MP and historian Arvydas Anušauskas.

Brazaitis, who was in office for six weeks, is honored for his efforts to restore Lithuania's statehood after years of brutal Soviet occupation. Critics say his policies were hostile towards Jews.

Anušauskas, chairman of the parliamentary National Security and Defense Committee, said on Friday it was necessary to remember that the most tragic part of the Jewish genocide took place after the resignation of the provisional government, furthermore, the Brazaitis' Cabinet had no actual power.

"We are not hiding from history whatever it is but we should see the entire picture," Anušauskas noted.

Journalist Vidmantas Valiušaitis who prepared a collection of Brazaitis' writings said that, had the accusations been grounded, the provisional government would have pursued a pro-Nazi course, and the Germans would have immediately recognized it – nevertheless, the Cabinet ceased its operations after merely six weeks in office due to refusal to serve the Nazis. Furthermore, in his words, Germans did not consult with the Lithuanians on the treatment of Jews, the provisional government had no competences.

The Lithuanian Declaration of Independence was read out on the Kaunas radio in the morning of 23 June 1941. When the German troops entered the city on 25 June, the city was fully controlled by guerrillas.

Brazaitis took the helm of the Provisional Government after Kazys Skirpa, an intended leader of the Lithuanian activist front for resisting the Soviet regime, was barred by the German administration from returning to Lithuania.

Some Lithuanians were eager about the war, expulsion of the Soviets and the accession of the Germans, especially because of the Soviet terror that culminated in massacres and deportations in June. Shortly after being formed, the provisional government applauded Adolf Hitler's efforts to fight Bolshevism and announced its plans to join the "construction of a new Europe." However, the first weeks of the invasion to Lithuania brought pogroms, which killed thousands of local Jews. Leaders of the provisional government did not censure the massacre in Kaunas.

"The figure is linked with operations of the puppet provisional government, the repressive and discriminatory laws aiming to please the Nazi regime, as well as the Lithuanian Activist Front's recalls instigating Jewish massacres and setting an atmosphere for barbarian crowd 'justice'," reads an announcement from by the Lithuanian Jewish Community.

During the German occupation, Ambrazevičius-Brazaitis was an active figure of the anti-Nazi movement, and four members of the provisional government were sent to German concentration camps.

To avoid arrest during the war, he changed his name to Brazaitis and fled to Germany in 1944 and moved to the United States in 1951 to become an active figure in the Lithuanian expat community.

Lithuania values  Brazaitis' merits to the Lithuanian literature and his research and pedagogical work. In the interwar period, he was a lecturer at Vytautas Magnus University, worked as a journalist and wrote a few biographical books.