Tribune
Opening Data for everyone: How can small businesses take the advantage of Open Data? 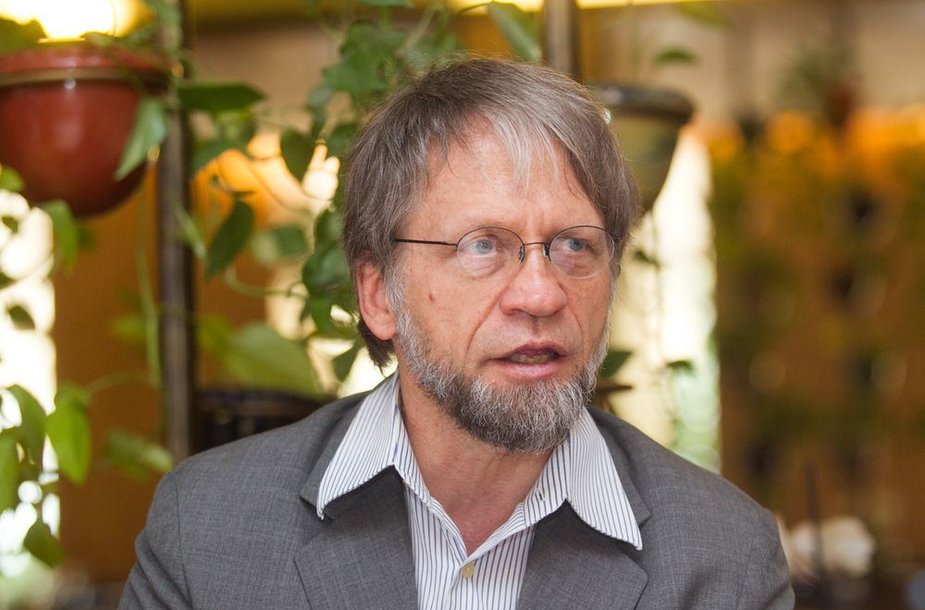 Paulius Grinkevičius
Mokslas.IT žurnalistas
Source: 15min
Antanas Mockus, once having taught the Colombian capital Bogota how to respect life, having rescued the multi-million city from economic despair, finds himself lacking the boundless energy that once made him famous. Fortunately, he hasn’t lost his ability to astonish people.

Mockus, who has spread his roots deep in Colombia, arrived in Vilnius last week after being invited to give a lecture at the World Lithuanian Economic Forum. Meeting up with journalists after the forum, the man shares his thoughts about a possibility of staying to live in Lithuania.

Mockus no longer reminds of the eccentric and innovative chief of the city of Bogota that he used to be. The politician would spend much time thinking over every question, giving slow and unstructured answers during his discussions with journalists.

Looking at the sixty year-old Colombian of Lithuanian descent, you wouldn’t say that this was the fault of old age: the only thing suggesting his age was his slightly gray-flecked beard. What poses the biggest problem for Mockus is Parkinson’s disease; he disclosed his condition several years ago, while running as a Colombian presidential candidate. However, the resilient Lithuanian doesn’t give in to his illness: in the middle of the interview he bounces back, beginning to speak with confidence and clarity. After a while, he calms himself once more.

Born in Bogota, to a family of Lithuanian immigrants, Aurelijus Rūtenis Antanas Mockus Šivickas was known as the chancellor of the National University responsible for having a hand in the creation of the constitution, before becoming a politician. Though few in Lithuania know of Mockus‘ contribution to the Colombian constitution, many do remember an incident during his time as chancellor, when he bared his behind while having a heated argument with his students.

The ace of artistic projects

Mockus was the first Colombian politician – in fact, one of the the first politicians in the world – to use artistic projects in running the city. Mimes helped reduce the number of casualties on the roads. Over 400 mimes took over the positions of corrupt police staff. Mimes showed drivers and pedestrians white and red cards (red for bad and white for good behaviour), while parodying those not adhering to traffic rules. They also painted stars in places that were the scenes of traffic accidents resulting in deaths.

“We did strange things. We wanted people to learn how to behave better than others. When you do something that’s esthetically beautiful, you can quickly make it popular via television. We believed that choosing mimes was fitting, because they were doublement pacifique (doubly passive),” said Mockus in French, after running out of Lithuanian vocabulary, continuing on in English. His language is often adorned with French and Spanish words.

Mockus had no shortage of imagination for other similar projects, for instance, he ran around wearing a Superman costume to educate on how to keep the city clean. He also helped reduce the amount of water used after starring in a short video clip where he taught the citizens to conserve water: e.g. turn off the tap while you’re soaping your hands.

Something that Mockus noticed was that despite staggering differences in population and geographical size, Lithuania and Colombia shared one similarity: these nations were known for a large proportion of their inhabitants to die of unnatural causes. The variation is only slight. “One should talk about homicides in Colombia and suicides in Lithuania,” he says and offers statistics: there are 35,9 homicides in Colombia and 30,7 suicides in Lithuania for every 100,000 inhabitants.

When asked if he had any unconventional ideas on how to reduce suicide, Mockus ponders for a while, then moves the discussion away from the question and later unexpectedly comes back to it.

“I’d like to organize a competition between efforts of reducing suicides in Lithuania and reducing homicides in Colombia. I could organize such a competition and decide which country to live in based on which nation diminishes its death rate more,” the politician answered. Afterwards, he confessed: this interview was the first time he mentioned the possibility of living in Lithuania.

“Every person’s life is a novel; while you’re still alive, you can drastically change its meaning. Even the worst person in the world can change the entire course of history within the last ten pages of their novel,” he adds.

While in Colombia, Mockus maintains contact with Lithuania, by talking to his mother Nicole Sivickas, who lives nearby.

Having visited Lithuania for the fourth time, he notices that our country has changed quite a bit.

“The last time I was here, it seemed to me that the relationship between Lithuania and the EU was based on the previous association with the Soviet Union. Now, Lithuania fully comprehends that it depends on international relations. The Lithuanian link with other European nations is very strong,” he says.

When asked what his first decision as the mayor of Vilnius would be, Mockus drew attention to  inconveniences troubling the city's cyclists.

“Having spent three days here, I’ve noticed that drivers usually park their cars on bicycle tracks. This means that Artūras Zuokas‘ mission with his tank isn’t finished. We could draw tanks on pieces of paper and place them on cars that are parked illegally. What would be even better is having citizens do it, instead of the mayor,” finished Mockus.

Aurelijus Rūtenis Antanas Mockus Šivickas (born on 25 March 1952 in Bogota, Colombia), a descendent of Colombian Lithuanians, is a philosopher, mathematician, politician and a former mayor of Bogota.

Mockus is the son of Nijolė and Alfonsas, immigrants, who arrived in Colombia after the Second World War. He studied mathematics in Dijon, France, and the National University of Colombia. He received his Master‘s degree in philosophy in 1988.