In order to be herself, transsexual woman gives up her Lithuanian passport

Kristina has to pay a high price for being a woman, which she feels she is, rather than a man she was born – she is giving up Lithuanian citizenship. She will become a German national, because her own country cannot help her with her sex change or medications she needs. 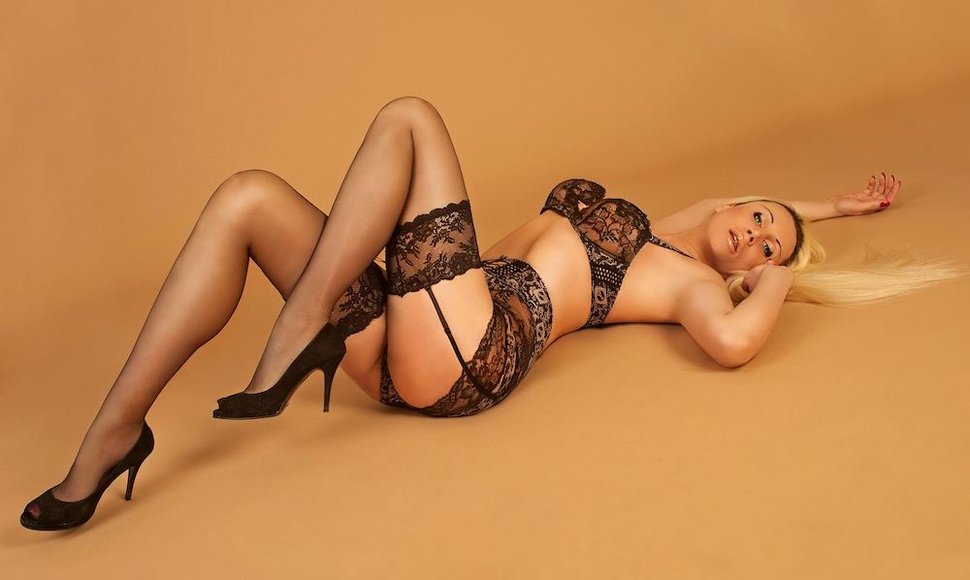 In February, Kristina made a short return home – to sort out paperwork. Seeing her, one can hardly believe that her particularly feminine looks is not a gift of nature but rather the result of her own efforts and those of her doctors. Only her voice, several tones lower than one might expect, gives away her former gender.

A series of operations

Kristina was born 33 years ago as a boy, but in her teens she realized she was at odds with her body. She has been thinking of sex change since 16, but not until four years ago, after moving to Germany, did she start doing something about it. In Lithuania, sex change operations are impossible because there are no laws governing them.

“I was told I needed therapy, they suggested I had my head examined. There was so much mockery before... About locking me in a mental hospital, testing and curing like a lab rat. But it is not a disease, a person is simply born in a wrong body,” she explains.

This was one of the reasons why Kristina decided to emigrate. After settling in Germany, she started a series of painful procedures. One of them – laser removal of facial hair. The first surgical procedure was not performed until one year into the process – surgeons in Berlin gave her a pair of breasts.

Kristina does not hide that she had a number of plastic surgeries – on her jaw, nose, lips. In May, she is having two ribs removed, breasts augmented, and some more alterations done on her face. She is not a German citizen yet and does not qualify for health insurance coverage, so she relies on the support of her partner, a well-known eye surgeon.

Before the procedures, Kristina was examined by a team of psychologists. Having confirmed the diagnoses and that Kristina was well aware of what she was doing, they prescribed hormone therapy. “A six-month hormone therapy course is compulsory – it helps you realize if you're making the right thing. Otherwise, if you start surgeries right away, you might start feeling regrets, because you are not prepared mentally. You must think like a woman. Many people shun hormone treatment, because it makes them depressed, experience mood swings and constantly weep – you cannot understand what's going on, it's like you're back to puberty,” she says.

Kristina has spent a great deal of her savings on doctor visits and medications – the German state does not cover sex change for foreign nationals.

When she was filling in applications for German citizenship, Kristina had to explain her reasons. As an EU national, she can reside and work in Germany without restrictions. So the Lithuanian offered an unusual ground for her request – she asked for asylum, saying that her own country cannot provide assistance with a gender identity disorder. With a German passport, she would be eligible for support from state health insurance.

“Compensation in Lithuania is out of the question, even though I'd always dutifully paid my health insurance contributions. You must prove you're a person and not an object of ridicule. There's no point in going to institutions and trying to explain,” Kristina says.

Even though anatomically she is not completely female yet, the new passport will bear female name and a photo of how she looks now. Kristina already has a new name and she will keep her current family name – except in feminine form. The passport, however, will probably give her birth sex – until she undergoes a sex change operation. This little incompatibility is no problem to get a new identity in Germany – all one has to do is present a letter from a psychologist.

A mismatch between her looks and a photo in the current passport was another reason to do something about the papers. People to whom she talks see a woman, while passport says a man – they are baffled and do not know how to address her. She would get strange looks during job interviews – people would not judge her but ask questions.

“Air travelling is particularly tricky. On every vacation trip, I have to prove I am a woman. I do not want to do it – this will never happen. Transsexuals are not women, we will always be the third sex. But I do not wish to be stopped in airports and interrogated, I do not wish to be subjected to ridicule. I want to live like everyone else,” she explains.

A particularly unpleasant episode happened recently in Riga. After leaving the plane, Kristina was asked by customs officers to show her passport. They instantly noticed and wished to know why they were seeing a woman while the passport indicated a man. Kristina thinks that Latvians had no right to interrogate her like that.

In Lithuania, too, she often has to suffer unpleasant stares: “I've been here for two weeks, everything seems all right. I toured the shops, I went to straight night clubs, drive around with friends. People pay no attention, they're tolerant, no abuses. But the moment you open your mouth, they turn to look. Voices give us away. You'd get loads of comments, so you have to control yourself, avoid glaring clothes, heavy make-up.”

Kristina cannot imagine she could lead a life in Lithuania: “I wouldn't be able to live here. I do not think Lithuania is ready for that. People ask me why I'm giving up my citizenship. I choose a country that is more tolerant towards me. If my own country tolerated me the way I am, I would not be changing passports. I'd rather live as an equal in Germany than suffer constant discrimination here.”

Kristina's transsexual friends from Central-Eastern Europe have it tough at home, too. One friend from Palanga, who now lives abroad as well, had undergone much trouble and warned Kristina what awaited her. A Russian from Saint Petersburg even broke the law in order to escape her homeland – she left on a tourist visa and then threw away her passport. She was lucky and is now happily married to a German.

Meanwhile Kristina will have to wait a little longer before she is settled. Having lost her Lithuanian citizenship, the German passport is not coming for another several years.

Transsexualism is a condition where individuals do not identify with the gender culturally assigned to their biological sex. The condition has been recorded in all historical periods and cultures. Dutch scientists have estimated that one out of 11.9 thousand males is a transsexual and one out of 34 thousand females. 50 to 200 transsexuals could be living in Lithuania.

Lithuania has no legislation regulating sex change. The Civil Code stipulates that the state must register if a citizen undergoes sex change – i.e., issue new documents and new personal identification number (in Lithuania, personal identification number identifies one's sex). The provision was supposed to come into effect in July 2003, so the Ministry of Healthcare had drafted a Law on Sex Change. The bill was fiercely opposed in parliament, especially by conservative MPs, and the law has yet to be adopted.

In 2007, the European Court of Human Rights ruled that Lithuania violated the right of a transsexual woman to private life and ordered to pay a compensation of 5 thousand euros. Lithuania was also obligated to pass a law on sex change within three months after the ruling – otherwise the state would have to pay 40 thousand euros to its citizen. Apparently, Lithuanian politicians decided they would rather pay up than pass the law.

Another transsexual woman from Vilnius, who had a sex change operation in Thailand, managed to have her documents changed after going to court.