Vilnius is preparing for the first meeting of the International Commission for the Assessment of Crimes of Nazi and Soviet Regimes in Lithuania, which resumed operations a year ago.
Source: BNS 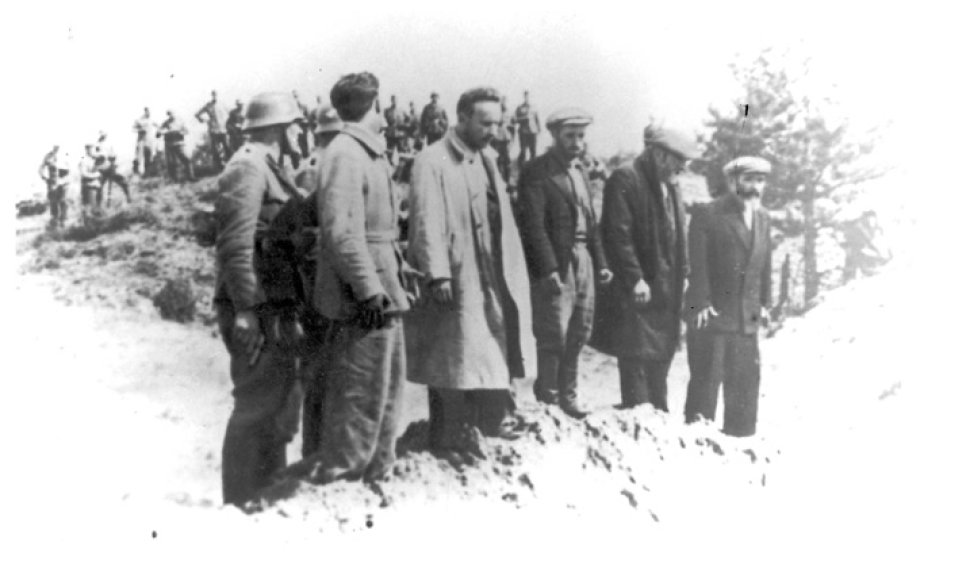 Execution of Jews near Šiauliai, 1941 / yadvashem.org nuotr.
Aa A + A - Reset
Report mistake

The meeting should take place in the Lithuanian capital in mid-October, MP Emanuelis Zingeris, chairman of the commission, told BNS.

The international commission was restarted by decree of President Dalia Grybauskaitė last fall. It includes a few dozen Lithuanian and foreign historians who will look into and assess the crimes committed during the years of occupation.

The previous commission was set up in 1998 and worked until 2007 when the Lithuanian Prosecutor General's Office charged its member historian Yitzhak Arad with having served in the Soviet NKVD and been involved in executions of Lithuanian civilians and members of the anti-Soviet resistance movement in 1943-1944. The investigation was dropped in 2008 due to lack of evidence.

Lithuania and some other Eastern European countries have come under criticism from abroad for allegedly attempting to equate Nazi crimes to Soviet crimes and thus undermine the Holocaust. Lithuania's administration has rejected the accusations, emphasizing that the Western world knows little about the crimes committed by the Communist regimes and that Russia has been avoiding to honestly acknowledge the Soviet atrocities and occupation of the Baltic states.

After the Soviet Union invaded Lithuania in 1940, thousands of local residents were killed and more than 17,000 were deported in June 1941.

After the start of the German-Soviet war, Lithuania was taken over by Nazi Germany. Often assisted by local collaborators, the Nazis massacred nearly 90 percent of Lithuania's pre-war Jewish population of 208,000.

Lithuania lost nearly 800,000 residents during the 1940-1952 Soviet occupation, including 444,000 who repatriated or left Lithuania, 25,000 were killed in the front, 275,000 were taken to forced labor camps or deported. Furthermore, 20,000 participants of resistance efforts and their supporters were killed.

A few years ago, the Lithuanian parliament passed a law on compensation for nationalized property of Jewish religious communities, which envisages paying 128 million litas (EUR 37.1m) over the next decade.