With the 2012 Summer Olympics upon us, the Baltic Times sports editor Jared Grellet reviews Lithuania's chances of medalling at the 30th edition of the world’s biggest sporting event. Grellet gives a run-down on Lithuania’s athletes.
Source: The Baltic Times 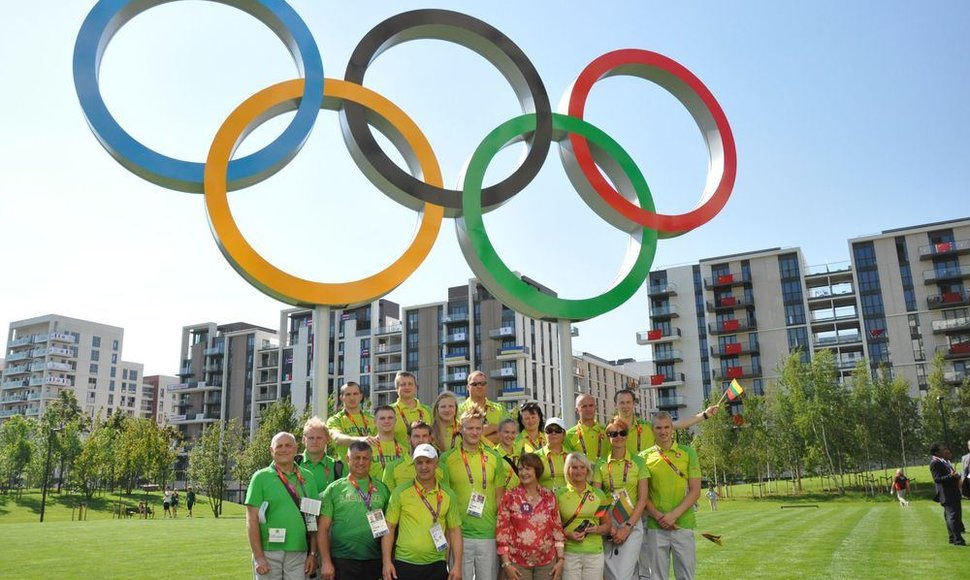 Coming into the Olympics as current world champion, Gintarė Scheidt will be going to look one better than in Beijing in 2008 when she won silver in the women’s laser radial. Wife of multiple-medal-winning Brazilian sailor Robert Scheidt, Lithuania’s top medal prospect won the Laser Radial World Championships in Germany earlier in the summer, providing the perfect buildup to London.

With the end of his career ominous, the London games may well be the last chance for three-time Olympic medal winner Virgilijus Alekna to add to his tally. The 40-year-old is Lithuania’s most celebrated Olympic athlete on account of his two gold medals and a bronze in four Olympic appearances. Despite his age, Alekna remains amongst the world’s best as he enters the Olympics with a current world ranking of five, and deserved of the duty of carrying the Lithuanian flag at the opening ceremony. Finishing sixth at the World Championships in Daegu last season with a throw of 64.09 meters, Alekna appears to be in better form this season, having thrown 70.28 meters as recently as June.

Whilst Alekna is unquestionably Lithuania’s most celebrated Olympian, Simona Krupeckaitė tends to be her country’s best performer between Olympics. The 29-year-old cyclist has 12 World Championship medals, but has yet to add an Olympic medal to her collection. Her best chance should come in the women’s sprint on 7 August. Earlier this year the two-time Lithuanian sportsperson of the year picked up a silver medal in the discipline at the World Track Championship. In her second event, the women’s keirin, Krupeckaitė also has a valid medal chance, having medalled in the discipline at the World Track Championship as recently as 2010.

In one of the world’s more unique sporting events, Laura Asadauskaitė is a true medal hopeful. Competing in the curiously named modern pentathlon, an event that sees athletes pistol shooting, fencing, show jumping, freestyle swimming and cross country running, Asadauskaitė has finished third at the annual world championships as recently as 2011, and also goes into the Olympics as current European champion.

Who to keep an eye on

Already identified as a prodigy, Rūta Meilutytė has the potential to one day become one of Lithuania’s greatest Olympians. At just 15 years of age, Meilutytė has qualified for three swimming events, the 50m and 100m freestyle, as well as the 100m breaststroke. Coached at the acclaimed Plymouth Leander Swimming Program in the United Kingdom, Meilutytė already holds nine Lithuanian women’s swimming records, despite her young age. Last year at the European Youth Summer Olympic Festival, Meilutytė picked up gold in the 100m breaststroke, silver in the 50m freestyle and bronze in the 100m freestyle.

When the Olympics begin, there is only one event that truly matters to almost the entire population of Lithuania: men’s basketball. In one of the most anticipated events on the Olympic calendar, the basketball-mad Lithuanians have a record to be proud of. Since re-entering the Olympic stadium as an independent nation in Barcelona in 1992, the “green machine” has made it as far as the semi-finals in every Olympic men’s basketball event since. The only other country to achieve that feat is the United States with their self-proclaimed dream-team.

Finishing third at the World Championships in 2010, Lithuania’s journey to London has been far from smooth. Failing to earn direct qualification via Eurobasket, which the country hosted in 2011, Lithuania has had to travel to Venezuela to claim one of the last remaining berths via the Olympic qualifying draw. Now that they have made it to London, the path to the medal games is still riddled with hurdles, including tough group games against France, Argentina and Spain. They will need to win these games without inspirational center Robertas Javtokas, who has been ruled out late with a foot injury, joining 2012 All-Eurocup First Team nominee Renaldas Seibutis on the sideline. Up-and-coming star Donatas Motiejunas has made himself unavailable for London, in order to focus on his impending NBA career.

Despite these setbacks, Lithuania will take to the court to play Argentina on 29 July in the knowledge that their entire nation is behind them and watching.