Lithuanian celebrities come out in support of LGBT rights: “If you wanted to remain in the Middle Ages, you shouldn't have joined the EU”

Last Tuesday, the Lithuanian parliament held hearings on two bills related to LGBT rights in the country. As many as 50 MPs (out of 141) supported an initiative by notoriously homophobic politician Petras Gražulis to introduce fines for promoting LGBT rights. Learning about that, Lithuanian showbiz celebrities came out with unprecedented support for the LGBT community.
Source: 15min 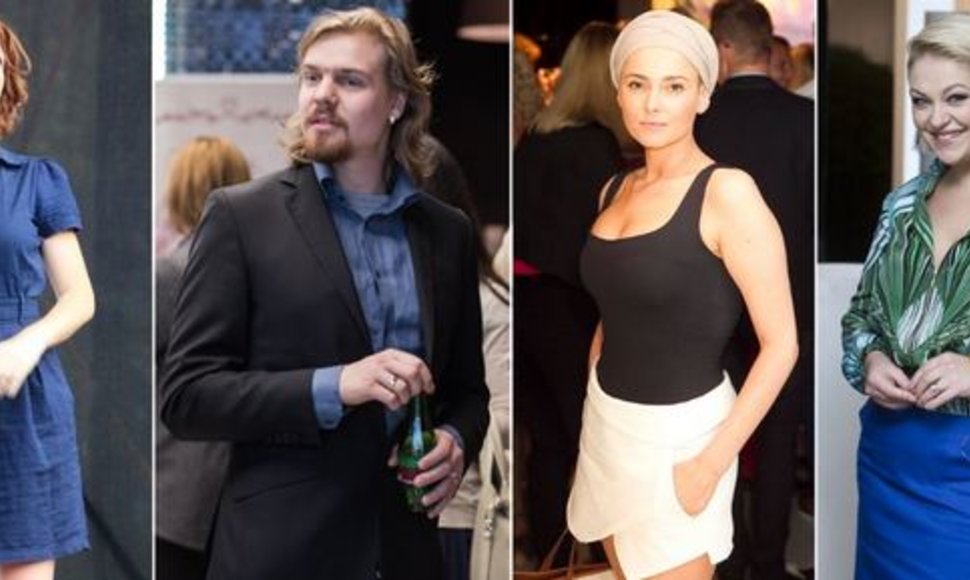 Gražulis' bill suggests imposing fines for “public denigration on the family foundations listed in the Constitution, organizing events that go against public morals.” In the explanatory note, authors of the bill say that the goal is to “introduce administrative liability for organizing events like homosexual marches and parades.”

During the hearings, Gražulis compared homosexuality to cancer that must be treated in early stages. “This breed does not procreate, but they multiply through propaganda,” Gražulis said in one of his typical rambles. “We have to prohibit it.”

The amendments need to go through two more votes before they can be passed, but one good thing that came out of it is an unprecedented reaction from the Lithuanian showbiz community. Here is what they have to say:

There's already been so much talk about LGBT rights and prides. Perhaps we, as citizens, should propose fines for politicians who disrespect human rights? The majority of our MPs would sink into debts. Don't they have better things to do? I, personally, would never dream of condemning people who want to love and celebrate their love. They are just like us – same hearts, same desire for love and respect. I would never dream of denouncing that, whereas what some of our MPs do is indefensible. This law is just like that. I support LGBT rights and hope we will begin respecting all Lithuanian citizens soon!

Within a few weeks, Lithuania is starting its presidency over the European Union Council. Eyes and ears of the international media will be upon us. Do you wish for everyone to be discussing this lunatic politician (Petras Gražulis) and his ridiculous law? As tourists pour in, you want a xenophobic and homophobic image for your country? I speak to those who can stop this bill. If you wanted to remain in the Middle Ages, you shouldn't have joined the European Union, accept its money, enjoy privileges like free movement, etc. You cannot make use of all this and remain so intolerant. Everyone deserves equal rights, irrespective of their gender, race, age, or sexuality.”

Some MPs demonstrate such ignorance and disrespect for human rights that it is monstrous. In a country which is already plagued by phobias and bullying, these politicians continue to incite social hatred. I vote for introducing fines for the bigoted and ignorant.

I wonder what other bills are brewing in Mister Gražulis' head? What's next? Compulsory national vaccination to instil the right sexual orientation? Big fines for those who refuse? Why don't we forbid people to leave Lithuania, because they can come back infected and bring immoral ideas. What do you know – a person can suddenly become tolerant not just of gays, but of people of different religions and races. They won't have enough staff to collect all the fines.

When I hear Mr Gražulis' statements, I can only say what's been said before – that they obviously breach human rights, promote antagonism and enmities in the society. Thanks to such acts, laws, and characters, our society becomes angrier, full of lies and those awful “silences” we're so familiar with. There are many problems in Lithuania, people are wronged, beaten, and murdered. You don't hear Mister Gražulis making statements about that – perhaps because these issues are less suitable for political self-promotion. On the other hand, our society accepts violence of all kinds as a norm, something we must have inherited from the Soviet era. It is statements and initiatives like that that breed violence against the other and oneself.

Limiting a person's freedom is like taking away his arms and legs. We live in a democratic country, but politicians like Petras Gražulis make one doubt and regret that there is no cure for stupidity! I would love to give a pill to Mister Petras. I believe that one hateful person cannot have that much of an impact. The politician says that “homosexuals are a breed that must be banned.” I suggest amending the wording – we should ban the breed of stupid people!

I am not at all surprised that Mister Petras, clinging desperately to his parliament seat, resorts to such thing in order to get re-elected in his home constituency – what amazes me is that there are 50 other MPs of equal ignorance in the parliament. On the other hand, it is just the beginning in the legislative process, I hope that common sense will prevail in the long run.

If that's the only way Mister Petras can justify his constituents' expectations, he must be a political impotent. Looking from the human perspective, when a person's natural rights to freedom are restricted – not just restricted, made punishable – it reeks of Nazi-like oppression. And it has nothing whatsoever to do with family values as these are each citizen's personal affair.

I cannot believe that, in 2013, there is still a nation in Europe whose parliament thinks that homosexuality is a disease or national threat. Paradoxically, the Lithuanian mentality reminds of Sharia law.

Civil rights are not vinyl discs. Civil rights are mp3 files. If you give some to others, you are not left with less. We should share if only for that reason! You cannot block human relationships.

If our goal is going back in time, why don't we legalize witch hunts? Every Friday, in the Cathedral Square, burn a few of them at a stake. That would make for an amazing entertainment for townsfolk!

As for adoption, could Mister Gražulis (or anyone else from among those gentlemen) answer one question – is having no parents at all better than having two daddies or two mummies? If he says “yes”, he is the main enemy of the family.

Initiatives like the latest one from Petras Gražulis are only possible in Lithuania which comes to resemble Putin's Russia. In addition to trampling on the institution of the family, Gražulis and the likes of him (recall Egidijus Vareikis) are threatening basic human rights. Lesbians, gays, bisexuals, and transgendered people are citizens of Lithuania just like everyone else. They are therefore entitled to the same rights: a right to publicly express their convictions, a right to partnership recognized by their state and to adopt and raise children.