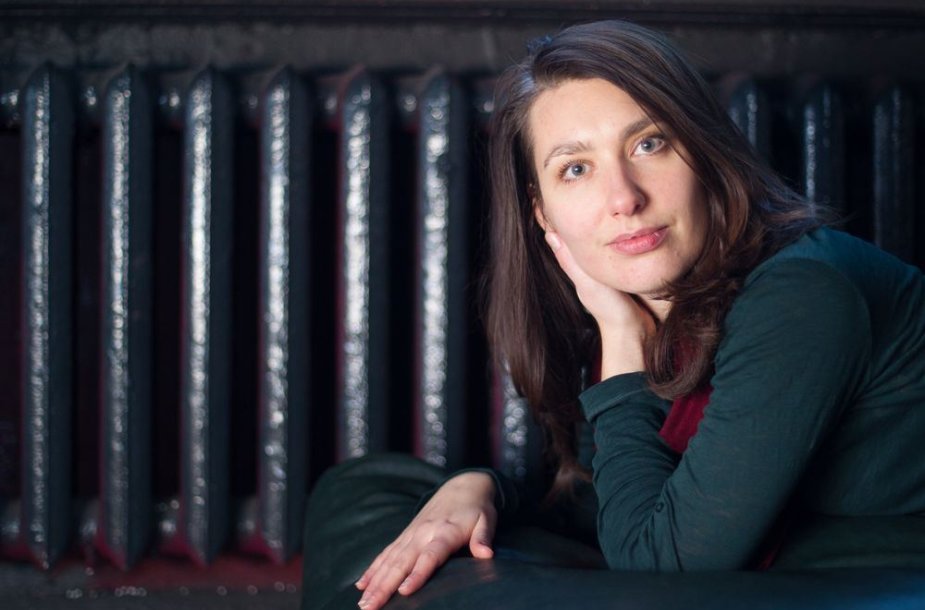 Audrė Domeikaitė
Source: 15min
Where does desire come from? When does love appear? Are human emotions and behaviours but effects of chemical reactions – or something more? These are the questions raised by “Vanishing Waves” (“Aurora” in Lithuanian), the new film from 30-year-old Lithuanian filmmaker Kristina Buožytė who made her name in 2008, with her debut feature “Collector”.

The new drama-cum-science fiction film premières in Lithuania on 4 January. A story of two people, Lukas (Marius Jampolskis) and Aurora (Jurga Jutaitė), who meet and fall in love, “Vanishing Waves” has a twist: Aurora is in a coma after a tragic car accident and Lukas is a neuroscientist invited to take part in an experiment and penetrate into the mind of the unconscious woman.

– The international première of “Vanishing Waves” was held last summer in Karlovy Vary film festival. After that, the film toured a number of other festivals, picking awards on its way, and it will now be presented to your native public. What are your thoughts before the national première? - 15min asked Buožytė.

– It means little that the film has already toured many places and received acclaim. Some people did like it, but I nevertheless feel burdened with responsibility when presenting the film in my own country, to my own people. On the other hand, I'm curious how people will take it. I have butterflies in my stomach.

– How was it before the very first public screening?

– I hoped I would sit in the audience and, by watching the film together with them, I'd feel what they felt, sense their reactions. I failed – I was too nervous. I sat there together with the actors and my director of photography who were seeing the final cut for the first time – I was even more nervous for them.

Marius Jampolskis (Lukas) joked before the première that, should the film turn out lousy, he'd strangle me. Fortunately, he seemed to like the film. Meanwhile Jurga Jutaitė (Aurora) startled me when she burst out laughing during the last sequence – she was too overwhelmed with emotion, said she did not expect to see herself like that.

Premières are always emotionally taxing – actors do not see the film, they see themselves, they need to accept themselves in different scenes and roles, look at their naked bodies. But I have never seen actors disappointed – I believe they'd agree to play in my film again if I asked them.

– You've said once that rapport among members of your team during shooting is very important for you. Is this the reasons why you invited Marius Jampolskis to star in your film again?

– Marius is a kind, talented, very natural actor – I believe such people are a rarity. One cannot learn the power and charisma that Marius exhibits on screen – it is an actor's gift. I was therefore very happy when he agreed to play in my film.

I worked with Jurga (Jutaitė) for the first time and she was a great discovery. Jurga is very interesting – she can be aristocratic one moment and a complete boor the next. She is an exceptional person whose untraditional life translates well to screen.

– You even invited fellow filmmaker Šarūnas Bartas for a cameo appearance. How did it go with two directors on one set?

– I was very nervous at first, but Šarūnas was very respectful and professional. While on the set, he was an actor – one I learned a great deal from while shooting these several episodes.

Another discovery for me was actor Darius Meškauskas. I can remember well how I used to go see his performances in Klaipėda as a school pupil. I was fascinated by his work in my film, the character he created. On the whole, all actors were very devoted, I look forward to reactions from the Lithuanian viewers.

– “Vanishing Waves” is also notable for its generic indefinability – it balances somewhere between melodrama and science fiction. Were you attempting to shock people with this generic confusion rather unfamiliar in the Lithuanian cinema?

– It is indeed a film defying generic definitions. Science fiction movies often cannot get away without special effects that inevitably inflate their budgets. Co-author of the script Bruno Samper and I wanted to create an adventure without exceeding the budget – so we couldn't afford to go Star Wars or Lord of the Rings (laughs).

After “Collector”, I wanted to tell a story about a relationship between two people, to look into the origins of desire – is it called up by the body or is it to do with us projecting ourselves onto another person? We worked hard to put all these ideas into one narrative and thought of making all this happen in a person's head.

Every day, neuroscientists discover new things about functioning of the human brain. But are human emotions and behaviours merely an effect of chemical reactions – or are they something more? We looked at scientific studies, innovations, discoveries. And all this gave shape to a story.

Looking at today's society, one can see how much people's lives have been transformed by technology. The internet, mobile phones, Skype, Facebook have changed the way we interact – we manage to come into professional or even intimate relationship without even being physically close. So many couples are in long-distance relationships! We put all these reflections into the film's narrative – I hope that the viewer will have things to reflect on after the screening.

– How did you think of leading the viewer into the realm of thoughts?

– Ever since I was a kid, I've been thinking how great it would be if I could invite someone to my thoughts and show them my inner world. So I was instantly sold on the idea of showing the bond between two people in the realm of ideas and imagination. Everything is possible there, no social constraints, no need to hide, playact, one can be what one is without being judged.

– Is it necessary to see the film on the cinema screen in order to experience the full effect?

– Yes. In preparations for the shooting, I looked at many films from the 1970s – I just love their atmosphere. The film is over, it seems, but you are still inside it. I was greatly influenced by that.

So my goal was not only to tell a story, but also to give physical experience. To that end, we used music, sound, many high- and low-pitched sounds, those that give physical sensation. The film contains many images, abstractions, long takes – all in order to immerse the viewer into a hypnotic state. All in order to make the viewer not only follow the story, but to live with the film and its characters. And the big screen is indispensable for that.

– If you had to compare your two films, “Vanishing Waves” and “Collector”, what would you say are their main similarities and differences?

– “Collector” was one extremely intimate project and “Vanishing Waves” is another. One thing they share is the fact that everything is taken from life – I believe that we can only talk about things we understand and we understand what we experience.

“Vanishing Waves” speaks about passion, about the importance of body in human relations, about the moment that love is born and what it is, about when we start truly seeing another person, stripped of all preconceptions and projections.

I feel passionate about making cinema that I would watch myself. If it interests me, perhaps others will be drawn, too.