France was the first country in Europe to ban the use of environmentally unfriendly palm oil in fuels. However, the French will soon not be alone in this because other EU countries – Germany, Italy, and Denmark – are planning to impose restrictions on palm oil. Lithuania could also join this club – a piece of legislation is being discussed in the Seimas and all that is needed is the political will to approve it.
Source: 15min 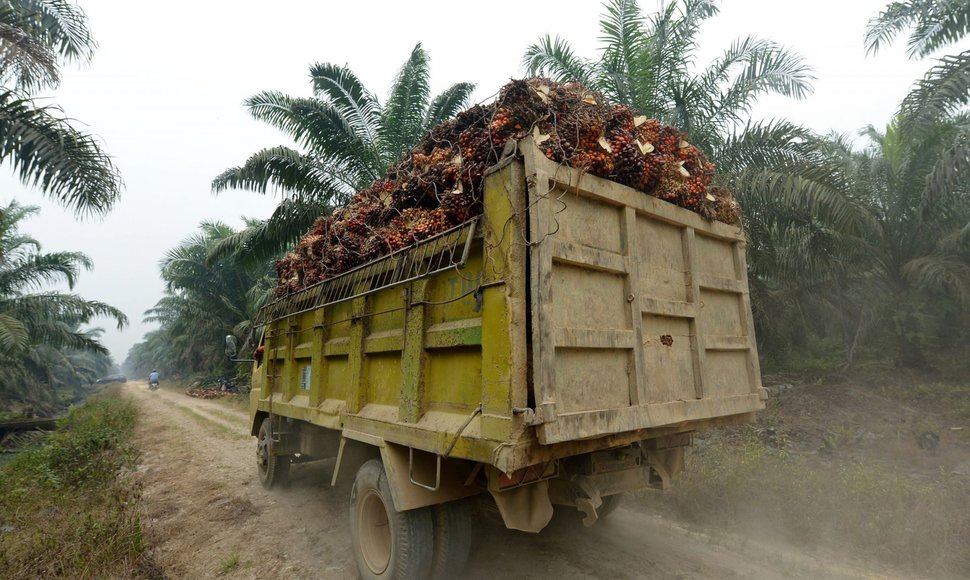 More than half of all palm and soy oil imported into Europe is used for biofuels. There is growing concern among EU countries that, due to increasing demand for palm and soy oil, rainforests, which are known as the lungs of the Earth, will be cut down.

While the EU has committed to begin reducing the use of palm oil in biofuels in 2023 and completely banning it by 2030, France saw the delay as unacceptable and thus became the first EU country to ban the practice.

It appears that France will not be the only country to drastically limit palm oil imports for long. According to the energy industry news portal Argus, the EU’s biofuel future will be clearer because Germany, Italy, and Denmark could join in limiting palm oil in fuels very soon. EU directives allow member states to unilaterally restrict their use in biofuels, including by banning it completely.

France banned palm oil products beginning this year – biodiesel from palm oil methyl ester and hydrogenated vegetable oil (HVO). These products were removed from the national quota list of raw materials and soy oil and palm fatty acid distillates (PFAD) are also to be abandoned in the near future.

The German government plans to reduce its use of environmentally unfriendly raw materials. For example, the percentage of palm oil used should fall to 0.5% by 2022, down to 0.3% in 2024, and 0% in 2026. The Italian Senate voted in favour of a law that would end financial support for palm and soy oils, PFAD, and soy by-products in 2023.

Denmark’s ruling parties proposed a law that looks to prohibit blending biofuels with palm oil into fuel. The Danish law outlines a plan to reduce the share of advanced fuels from 0.75% to 0.3% and also increase the proportion of sustainably produced biofuels from 5.75% to 7.6%.

Opportunity for the local economy

The Argus publication states that with the declining market share of soy and palm oil, the demand for rapeseed for biofuels will rise. This would be a boost for the local economy – from rapeseed farmers to the local biofuel industry.

Lithuania could emerge among the leaders

This spring, the Lithuanian Seimas began deliberating on amendments to the Law on Renewable Energy Sources proposed by Seimas MP Virginija Vingrienė. The amendments propose that fuels produced from palm oil should not be identified as biofuels. The bill was endorsed by the cabinet, and both business and non-governmental organisations expressed their support through a joint declaration.

Lithuania could be one of the first EU countries to opt to limit palm oil use in biofuels, but for now, Lithuanian parliamentarians are hesitant to make the final decision.