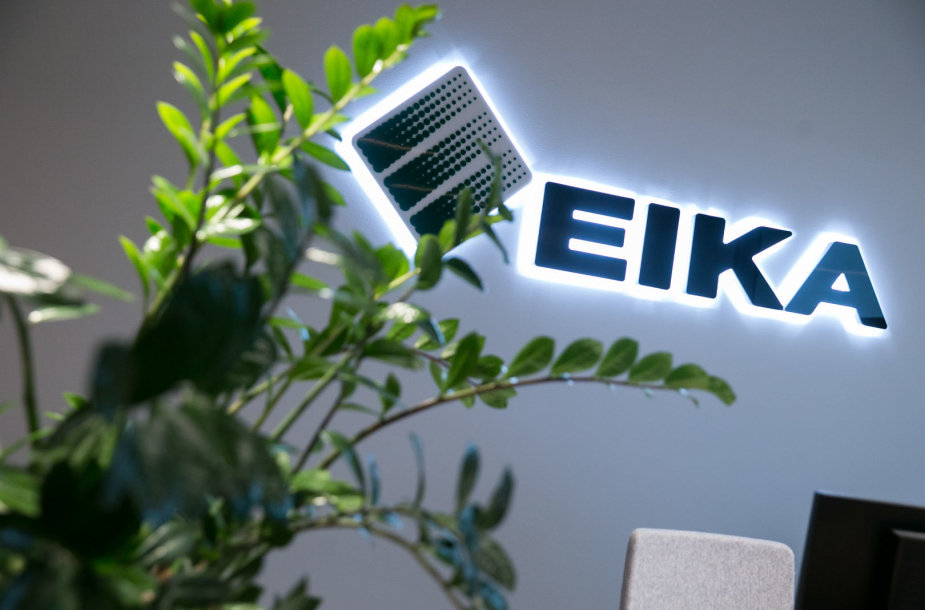 After deciding to issue securities for the first time, real estate development company Eika successfully distributed a bond issue worth EUR 5 million. The two-year bonds attracted more than 100 retail and institutional investors, and the amounts invested ranged from the minimum of EUR 1,000 to EUR 500,000.

“The successful distribution of bonds shows that the trust we have in the real estate market and the business community can be ‘transferred’ to the capital market as well. This method of raising funds allows us to take advantage of alternative financing opportunities for real estate projects and thus diversify our financing sources. This is especially important now, during the lockdown, because we are not stopping projects and everything is continuing as planned,” says Eika Managing Director Domas Dargis.

From 26 October to 11 November, UAB Eika bonds were distributed by AB Šiaulių Bankas, and the asset manager UAB FPĮ Gerovės Valdymas declared its clients’ interest in the public arena.

Eika’s debut on the capital markets became special, as it managed to attract a large number of investors in a time of economic uncertainty. The company’s reputation, experience, reliability and diversified activities are some of the main factors behind the successful distribution of bonds. “Now that the capital market door is opened, the company will have an additional source of financing for activities or specific projects in the future,” says Tomas Varenbergas, director of the Markets and Treasury Department at Šiaulių Bankas.

Five percent interest for all investors

Eika’s bond placement attracted a total of 107 investor applications. Each market participant could offer an annual interest rate – from 4.5 to 5% – when filling out the bond purchase application. The majority of applications – 61 per cent – indicated the lowest (4.5%) interest rate, while the rest gave higher interest rates: 30 per cent at 5% interest, and the remaining 9 per cent in the 4.6 – 4.99% interest range.

“We carried out the distribution in circumstances aggravated by the pandemic, when an increasing number of investors switched to remote operation; however, through joint efforts with our partners, we managed to maintain buyer interest and successfully complete the bond distribution,” says Indrė Dargytė, who is a member of the board at Eika Asset Management.

According to Ms Dargytė, even though they had the option of issuing a lower issue with the lowest interest rate, Eika decided to satisfy all investor applications, so the final interest rate for all investors will be five per cent. “In our case, the demand for bonds corresponded to the supply, and, despite the deteriorating expectations in the capital markets, allowed us to ensure a positive result,” says Ms Dargytė. Interest will be paid to investors every six months and the bonds will be redeemed in two years.

Plans to return to borrowing in one year

As planned, UAB FPĮ Gerovės Valdymas, a large asset manager and the oldest independent licenced multi-family office in Lithuania, has invested in the Eika bond issue.

“As we expected in the first days of the issue, investments with a fair return to risk ratio are always in demand. This was confirmed both by our clients, who purchased about 30 per cent of the Eika bond issue, as well as by other individual investors. This event is important for the entire Lithuanian capital market, as it shows that successful companies can borrow in the form of bonds and thus diversify their sources of capital. And investors contribute to the development of such companies,” says Vilius Oškeliūnas, wealth manager for the financial advisory firm Gerovės Valdymas.

Eika plans on using the funds raised for the development of future group projects, beginning with the co-living project planned on Šv. Stepono g.

Depending on funding requirements, the company plans to return to borrowing on the capital market in approximately one year.

Last year, the consolidated revenue of the Eika real estate development and construction group of companies reached EUR 53.3 million, i.e. 11.5 per cent more than in 2018.

In 2019, Eika sold a record number of 450 flats. In July 2019, the company also completed the development of Live Square – valued at EUR 49 million, this multi-purpose complex consists of the Live Square business centre with a shopping mall and rooftop terrace, the Hilton Garden Inn hotel, and residential apartments.

About the Eika group of companies

Founded in 1993, Eika is one of the largest groups of real estate development and construction groups in Lithuania, successfully developing residential, commercial, public and other building projects. The company has already built more than 5,600 flats and 580,000 m2 of buildings. The company successfully developed and now operates the Live Square multifunctional complex, the 135 business centre, the Pupa shopping centre, and the Eika business centre. Eika has been awarded many times as the best real estate developer in Lithuania, and the company’s projects Santariškių Namai, Basanavičiaus 9A and Eika Namai Pilaitėje have become the best in Lithuania.