Poverty diet: 10,000 Lithuanian pensioners must survive on 5 euros a day 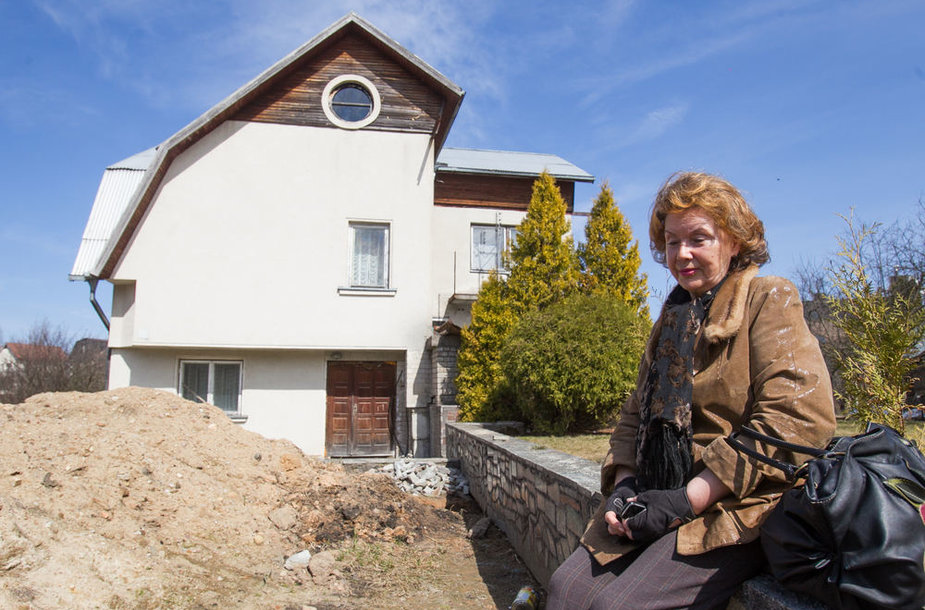 Paulius Grinkevičius
Mokslas.IT žurnalistas
Source: 15min
Retired Lithuanians have a right to complain when they compare themselves to their neighbours – the average retirement pension of 816 litas (236 euros) is the smallest in the three Baltic states. Some pensioners, however, fare even worse – they have to survive on twice less. In the future, experts warn, the number of senior citizens living on a shoestring will only grow.

“You ask me how one can survive on a pension like that? I cannot respect myself or satisfy any of my ambitions. In general, what ambition can I talk about? It is impossible, even unrealistic, to live on that little money,” she says. When I ask her what it is, after all, that she buys every month, she does not reply.

However, seeing Žiogienė in a street, one could hardly guess how little she is forced to survive on. She is decently well-dressed, looks considerably bellow her age, wears make-up and tidy clothes, and even as she talks about her ridiculously small income, she preserves the air of dignity and good humour.

Žiogienė is not a statistical pauper. She is not single – she has grown-up children who support themselves and has not yet squandered everything from her previous working life.

The woman complains that her retirement pension is undeservedly small. She used to work in the Ministry of Education and went on a maternity leave in 1988 for eight years. Maternity leave is supposed to be included into one's work record.

According to regulations at the time, a mother could be on a maternity leave until her kid was eight. In 1995, however, the law was changed and only three years after giving birth would be included into work record. As a result, a number of retired women now receive significantly smaller pensions than they had legitimately expected to. Žiogienė, too, was several years short to qualify for a bigger pension.

The woman, who only gets half of the average retirement pension, is helped by her three children. Her son who works as a chef helps with food, while her daughter who lives in the US has recently sent 800 dollars. The woman is spending the money on dentistry. She does not feel comfortable, however, living on what her children can spare her.

“I do not ask for money, they themselves see that I need it and readily help – I couldn't survive otherwise,” Žiogienė says.

The woman sometimes stays with her 85-year-old mother. At other times, at her friends'. The big house where she brought up her children is now deserted – water supply has been cut off, there is no heating, it requires expensive repairs. Žiogienė considers selling the house.

No going back to America

On several occasions, Žiogienė tried applying for social benefits, but her application was declined, because she is officially registered as living with her working son. “But that is also unfair,” she believes, “my son wants to plan his own life, he will get married soon, he needs his money for himself, why should he support me?”

As we talk in her old house in Zujūnai, she admits that never in her previous life had she imagined she'd be forced to survive on 445 litas a month.

Money was not an issue before – the woman had several businesses, she used to travel and work in the US. At one point, however, life changed, as business partners from Russia turned out to be unreliable and a constant stream of income dried out.

I ask her why she will not go to live with her daughter in the US, where life would almost certainly be easier. But she says she has already tried life across the Atlantic and it was not her thing: “I like a sense of certainty and having my both feet on the ground. When I went to the US, I realized that America was not my place.”

How many people in Lithuania live on pensions similar to Žiogienė's? The Social Insurance Fund (SoDra) cannot say. According to Martynas Žilionis, a senior specialist at SoDra, it is not an easy task to calculate how many people receive pensions of under certain limit, as they include receivers of multiple forms of benefits – disability, retirement, etc. – that are stored within different databases with different authorities.

According to legislation, the sum of the retirement pension someone receives depends on the number of years he or she has worked and the “basic pension” which is now set at 360 litas. The basic pension was last raised five years ago.

Not everyone, however, receives the basic pension. “If a person has worked less than 15 years, SoDra does not pay him or her anything and keeps no record,” Žilionis explains.

In that case, a person like that is entitled to 324 litas of relief pension upon turning the age of retirement. The relief pensions have come to the public attention when it emerged that the recently retired Archbishop of Vilnius, Cardinal Audrys Juozas Bačkis, received even less – 199.27 litas.

According to municipal authorities, there were 9,423 relief pension recipients last year. 36 of them were mothers of three or more children. In addition to relief pensions, people like that are entitled to heating and hot water subsidies.

Economist Romas Lazutka notes that, in the future, the number of people with minimum work record and surviving on some 400-litas relief pensions is likely to grow.

“At the moment, there aren't many people without the minimum required work record. They worked many years under the Soviets, when we had full employment,” Lazutka comments. “In the future, however, there will be more people like that. Many of those, who were too young to work under the Soviets, were likely to be unemployed after the independence, when unemployment was rampant. So they do not have the necessary work record and do not qualify for a retirement pension.”

In Lithuania, the sum of relief pension is among the smallest in Europe and, according to Lazutka, makes people balance “on the verge of poverty.”

Recipients of social benefits or relief pensions who live with their families are better off. Even though the second and third member of a poor household are entitled to slightly smaller benefits, it is still easier to survive together, since heating bills, for instance, do not depend on the size of the household.

“Single people have a much tougher time,” Lazutka admits. “Moreover, it is difficult to determine their actual income – oftentimes, they work illegally, do accidental work, are supported by their parents or children.”