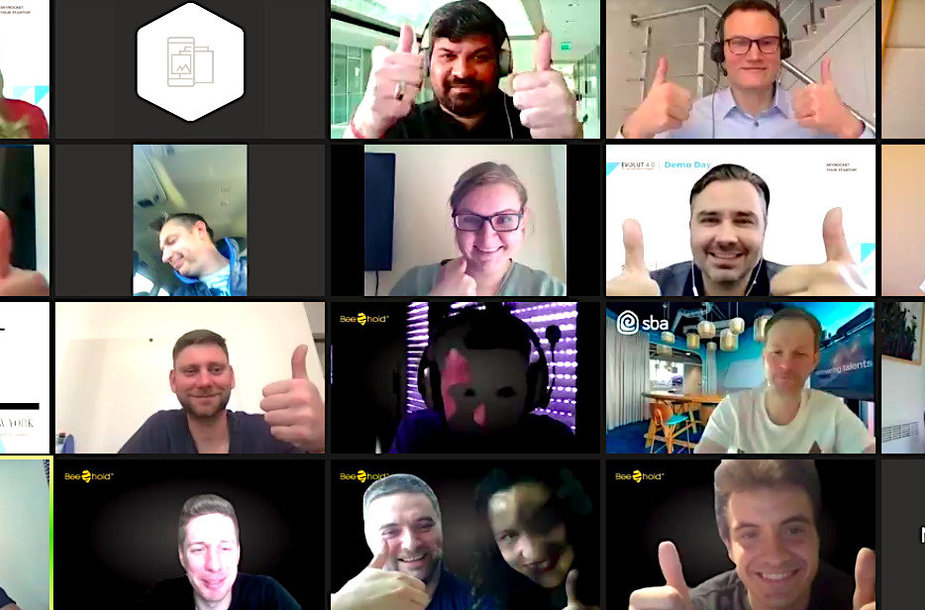 Demo Day moment
Source: 15min
A two-month-long International Business Pre-acceleration Program Evolut 4.0 hosted by Kaunas Science and Technology Park ended this week. A total of twelve teams from Lithuania, Poland and Serbia graduated from the program and improved their startups. Entrepreneurship experts with many years of experience under their belt gave lectures during nine sessions. On the last day of the event, all startups received feedback about their business presentations from nine seasoned investors who took part in the virtual Demo Day.

Baltic startups not bold enough to step into other markets

At the final event of Evolut 4.0, Inga Klimašauskienė, co-incorporator of the Baltic American Chamber of Commerce and member of the Evaluation Committee, stated that the startups most often lacked a broader viewpoint on a global scale. Such was her assessment of the general ecosystem of the Baltic startups.

“So far, all the Lithuanian, Latvian and Estonian startups seem to target several European countries at best. Only having rooted in here, they would perhaps start thinking about the US or Asian markets. However, innovative startup ideas usually have no geographic limitations and can be implemented globally today. We would like to see the Baltic entrepreneurs show more boldness, ambition and courage to step into the international markets,” said I.Klimašauskienė, member of the Demo Day jury. She also noted that during their pitches, innovators often failed to show return on investment, which might be the cause of slow investments.

However, I.Klimašauskienė highlighted the fact that the final event of Evolut 4.0 brought forth many interesting startups with a great outlook, such as Beehold, a beehive online monitoring and control system, and CHRG Network, electric car charging station developers. The latter has won the prize of the BAJ Accelerator program by the Baltic American Chamber of Commerce housed in New York and its partners. Their prize was a virtual invitation to the BAJ Accelerator Program promoted by Silicon Valley Bank. Selected startups will present their ideas to the representatives of such world-renowned companies and organizations like JP Morgan, City Bank, NASA and Google and high sought-after American investors. 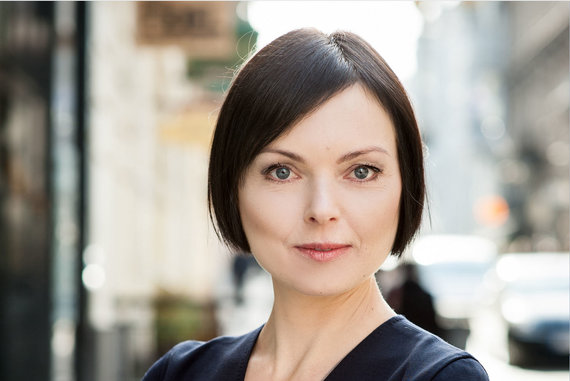 According to I. Klimašauskienė, CHRG Network won the invitation because its ideas promoted global transfer to green energy. The invitation was also given in consideration of the record infrastructure investments of 2.25 trillion dollars planned by American President Joe Biden. Innovative energy solutions are one of its target areas.

Solution of high potential to the emerging market

Rokas Danusevičius, the co-founder of the CHRG Network, took part in nine virtual sessions of the accelerator program. He said this was not their first acceleration program. However, a new look to the startup being developed for three years and individual mentor’s consultations helped to further improve their business.

“Our biggest challenge is that we operate in an emerging market. Lithuanians have less than three thousand electric cars. The majority of drivers tend to charge their cars at home, which means that our IT solutions are so far unnecessary. In other words, we entered the market too early and try to win our place in Lithuania whilst looking for opportunities to get into other markets with more electric cars on roads. Expert assistance is crucial in finding the required answers and it speeds up the entire process, compared to independent research,” said the program participant.

Enrika Naujokė, the co-founder of CC Learning, a startup company in the field of the customs data system, agreed with Rokas Danusevičius. She said that business development, marketing, financial management and other sessions as well as individual mentorship helped to determine the next steps in their business growth.

“The best part was mentors helping us with individual and very practical solutions. One of the most beneficial tips on foreign markets was the use of partnerships. We are well on our way in implementing this plan in the UK market,” said Enrika Naujokė, co-founder of CC Learning. She said that this was a completely new experience for them as her team had not been prepared to interact with investors prior to the acceleration program. Having analyzed the investor’s comments, she is planning to prepare a business development strategy for entering foreign markets of maximum efficiency.

This was the second year of Kaunas Science and Technology Park holding Evolut 4.0. Among its alumni, several start-ups had already successfully attracted investors. According to the European Inostart program, Ligence team developing an automated heart ultrasound diagnostic solution received 35,000 euro investment and the developers of Getfix, a specialist search platform received 100,000 euro investment from the Lithuanian Business Angel Network.