Belgians propose prepaid cards as a solution for economic stimulus

Having endured the lockdown without significant losses, Kekava prepares for price wars 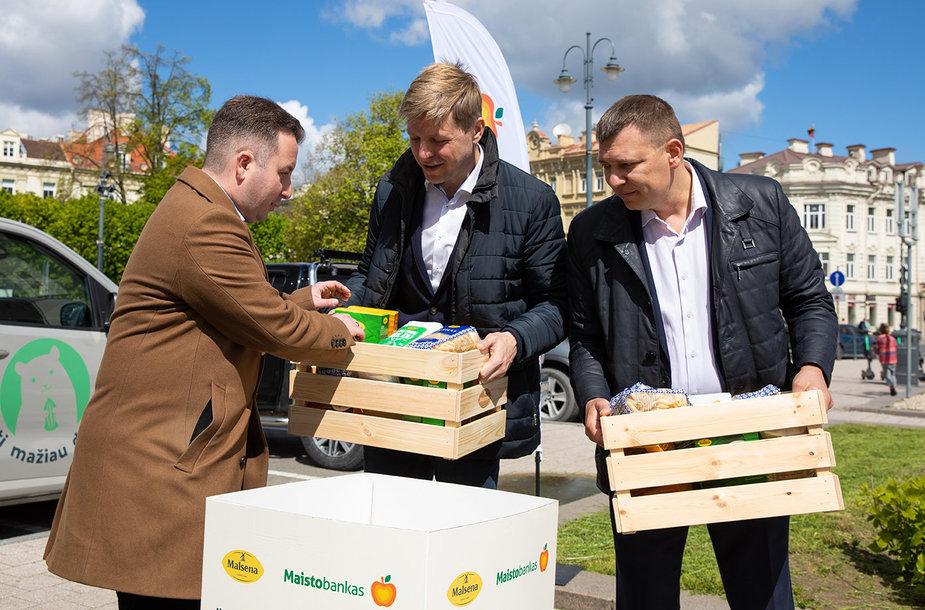 Campaign 'Accumulating versus sharing. What do you think is more important' starts i
Source: 15min

Full cabinets of unused food is something that can be found in most of the households of today's Lithuanians: according to a representative survey of the country's population commissioned by 'Malsena', half of the respondents accumulated food during the quarantine period. Half of them did not use up the accumulated stocks.

Meanwhile, the organisations supported by 'Maisto bankas' ('Food Bank') are requesting more and more food, and the list of beneficiaries is growing – the number of the poor people is becoming bigger and bigger, and the food reserves for the socially deprived are catastrophically lacking.

Due to the coronavirus pandemic and the announced quarantine, the annual action organised by Maisto bankas did not take place in Lithuania, during which the long shelf-life food products collected helped thousands of poor people to survive. The shortages are huge, the organisation Maisto bankas has lost the opportunity to collect about 240 tons of long-shelf-life food products and help 53 thousand deprived people.

'When the quarantine started people stocked-up food and left store shelves empty, while our organisation pretty much lost the opportunity to collect long shelf-life food products for the poor, socially disadvantaged people could only dream of full cabinets of accumulated food supplies. We are currently facing a tragic shortage of necessary products – the stocks that we have will be enough for a couple of days, but let's not forget that the demand is growing rapidly', says Simonas Gurevičius, the head of Maisto bankas. 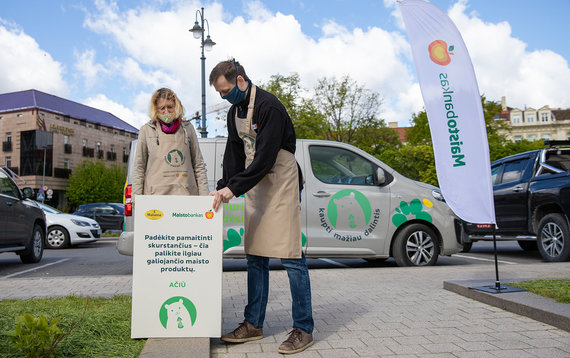 Campaign 'Accumulating versus sharing. What do you think is more important' starts

Marius Dužinas, the head of Malsena, one of the largest grain processing companies in Lithuania, states that during the quarantine, the sales volumes of long shelf-life food products increased several times.

'The need for long shelf-life foods such as flour and cereal flakes has almost doubled overnight since the start of quarantine. It was necessary to increase the production speed, redistribute staff resources and urgently ensure uninterrupted supply. In order to meet the needs of Lithuanian consumers, we even suspended some export orders. The situation is similar across the whole of Europe: a market survey conducted by Nielsen shows that the amount spent on food in the UK has grown by £2bn during the first weeks of quarantine. Naturally, people were preparing and planning their shopping. Still, a representative survey of Lithuanians shows that some of them did not use up those products while poverty and deprivation were growing in the country', says the head of Malsena.

A survey by Spinter tyrimai (Spinter Research) found that 53 percent of Lithuanians accumulated food stocks during the quarantine: 28 percent of people accumulated more food stocks than usual, 16 percent acquired food supplies, although they did not usually have any, 9 percent bought a large amount of additional food supplies. More than half of those that did accumulate food did not use up these stocks.

The number of poor and hungry is growing

During the quarantine in Lithuania, the number of unemployed increased by about forty thousand. The consequences are relentless: people are running out of money for basic necessities, including food. According to Simonas Gurevičius, when calculating the victims of the coronavirus, we should not forget to look at the long-term consequences of the virus—the list of poor people is becoming longer and longer every day, and not just the poor but also the unemployed are all affected by food shortages. 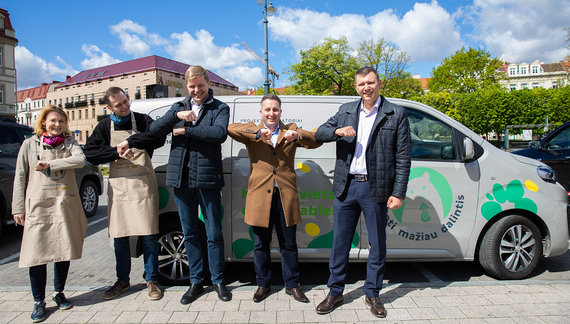 Campaign 'Accumulating versus sharing. What do you think is more important' starts ii

'Before the quarantine, the majority of those who applied for help were seniors, the disabled or large families, and now we feel that people who have lost their jobs started applying for help, too. This situation seems only to be getting worse. The number of emergency calls has increased significantly: many more people are asking for food either for themselves, their relatives or neighbours. During the quarantine period, thousands of additional food packages were distributed in Vilnius alone, and people are constantly contacting us', says a representative of Maisto bankas.

In response to the situation in the country, Malsena has donated long shelf-life food products to the poor and invited all businesses and individuals to follow the company's example. Today, the campaign 'Kaupti mažiau dalintis. Kurioje vietoje dėsime kablelį?' ('Accumulating versus sharing. What do you think is more important?') starts in the whole country, which calls for food to be shared with the poor and to help tackle the huge problem of inequality and poverty. Today, together with the organisers in Vilnius, the mayor of the city, Remigijus Šimašius, gave the start to the campaign.

'If there are long shelf-life food items left in your cabinets, or maybe you just want to contribute to the activities of Maisto bankas, your help is more important to us than ever before. From today, a bus that will collect long shelf-life food products will run for a whole month in Lithuania. Our ambition is to travel all over the country with the help of volunteers. There will also be special food boxes in many municipalities. We ask people to donate in a way that is convenient for them, and we also want everyone—individuals, farmers or businesses—to contact us whenever they can. If you have long shelf-life food products that you can donate, do not keep them for much longer and help support those who need that food to survive', said head of Maisto bankas during the symbolic farewell to the campaign bus.

Support from the state is expected

Currently, the support of the Fund for European Aid to the Most Deprived (FEAD) is being distributed in Lithuania—the state buys it from the European Union funds, and Maisto bankas distributes it in some of the municipalities. However, it is noted that state involvement could be more noticeable.

'Business initiatives certainly cause positive changes, but we are also looking forward to additional help from the government. For example, in Great Britain the government has announced a 16 billion pounds worth of food aid for the poor, which will be distributed through aid organisations', says Simonas Gurevičius

The need for food for the poor is growing, but the amount of food wasted is still huge. Every day, Maisto bankas collects unsold food products still fit for human consumption from retail chains and distributes them to the poor on the same day. However, statistics show that the biggest food wasters are households.

'Therefore, by looking through our cabinets and giving this food to charity, we not only take care of those in need but also solve the problem of wasted food', adds Simonas Gurevičius.