Efraim Zuroff, director of the Simon Wiesenthal Center office in Jerusalem, says that Lithuanian nationalists should not be allowed to march through the main streets of Kaunas on February 16, when Lithuania is marking its Independence Day.
Source: BNS 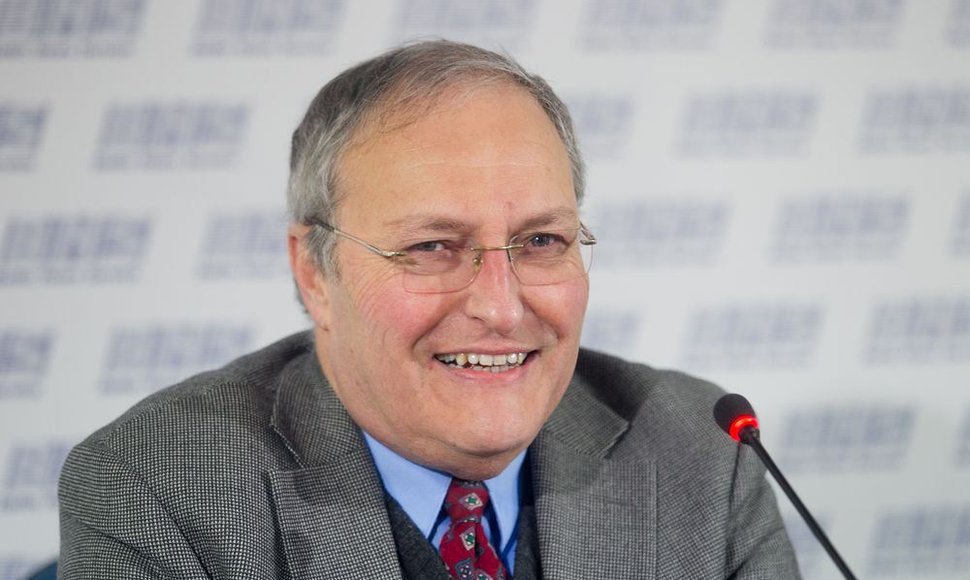 He told a press conference in Vilnius on Friday that he believed Lithuanian officials should ban the march.

"I would hope that's what they will do," he said when asked whether officials should ban the event, officially called the patriotic march, planned in Kaunas on Saturday.

"I would hope that's what they would do. If they don't ban the march outright, it would better be somewhere else, not in the main avenue of the city and not on the independence day," Zuroff said.

He also spoke out against planned nationalist marches in all Baltic states.

"One of the questions that is going through everybody’s mind, is a question about the freedom of expression. In other words, why shouldn’t they march? Why shouldn’t they express their opinion? And the answer is as follows: that freedom of expression doesn’t mean a freedom to incite against minorities, a freedom to promote fascism and to marginalize residents and citizens of these countries simply because they are of different ethnicity and of different religion," Zuroff said.

In his words, neo-Nazi marches in Lithuania, unlike those, for example, in Germany, receive almost no reaction from their opposition and the country's authorities.

"Every neo-Nazi march in Germany has a much bigger counter-demonstration of anti-Nazis. Here in Lithuania, there is almost no one who’s actively opposing these marches except for professor Katz and a few other people from human rights and gay and lesbian organizations. The worst part of all this is that until yesterday, there never was a single instance in which (…) a Lithuanian leader denounced the march before it happened and not in response to criticism from the outside," Zuroff told the press conference.

Lithuanian Prime Minister Algirdas Butkevičius said on Thursday that if ethnic hatred would be incited during the February 16 march in Kaunas, decisive action would be taken.

Zuroff believes such demonstrations give Lithuania a bad name.

On Saturday, February 16, the Lithuanian Nationalist Youth Union is organizing a march through Kaunas' main streets, including Vytauto Avenue, the Alley of Freedom, and Vilniaus Street.

Zuroff and Dovid Katz, founder and editor-in-chief of defendinghistory.com, say they would go to the march "to eat our hearts out" and look into the eyes of their participants.

"First of all, the organizers of the march are very lucky, because tomorrow is the Sabbath. And on the Sabbath, who is Jew, can't do very much. All we can do is go there and eats our hearts out," Zuroff said.

"We will be there proudly. (…) And look the Nazis in the eye and thus confront the demonstration, instead of taking the cowardly way out, ignoring it and then organizing some special tolerance march at a later date – that’s a cop-out," Katz commented.

A similar march is planned in Vilnius on March 11, when Lithuania will mark the Day of Restoration of Lithuania's Independence, but the capital's authorities did not give a permission to march on the main street in Vilnius, Gedimino Avenue.