Up to 300 police officers will patrol in central Vilnius on Monday, when Lithuania will mark the Day of Restoration of Independence, with three mobilization plans drafted. Police will be on the alert over any unsanctioned events.
Source: BNS 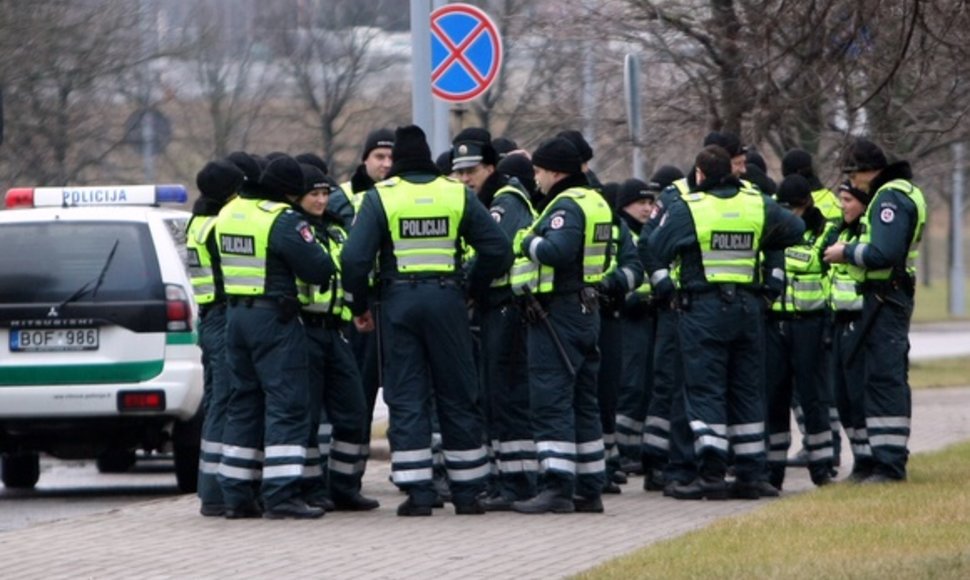 "The police will watch any unsanctioned events and groups that might try to organize unsanctioned events, and will take adequate measures, depending on what actions will be executed. We are ready, there are action plans," Kęstutis Lančinskas, chief of Vilnius County Police Headquarters, told journalists at a press conference on Friday.

In his words, every situation will be treated individually, taking into account the level of offence. Police will be ready to seize banners from members of the public, if they are offensive or inciting racial and national hatred.

Lančinskas also said groups for recording offences will work in central Vilnius, and offenders will be later asked to come to the police.

Following Vilnius authorities' decision not to allow a nationalist march through the capital's central streets, the Lithuanian Nationalist Youth Union has indirectly hinted it might organize an unsanctioned march on Gedimino Avenue.