Commenting on a march held on the Day of Restoration of Lithuania's Independence on Monday, Prime Minister Algirdas Butkevičius says everyone should abide by the law. On the other hand, there's no point of banning such events, the prime minister says.
Source: BNS 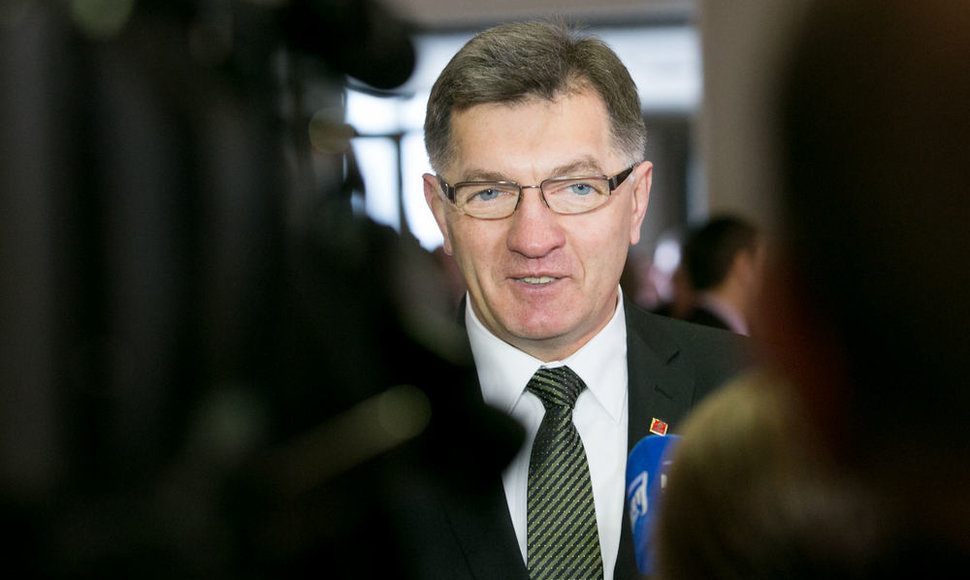 "We should all abide by existing laws in Lithuania. But I commend the fact that public order was ensured as proper preparations had been made. I believe we should not be afraid of marches but we should avoid certain chants and banners and maintain discipline. Every ban leads to major opposition," Butkevičius told journalists at the Seimas on Tuesday.

Several thousand people took part in an unsanctioned nationalist march through central Vilnius on Monday afternoon with no major incidents recorded. Such marches are traditionally held on March 11 when Lithuania marks the Day of Restoration of Independence. Several drunk people were detained. The controversial chant "Lithuania for Lithuanians" was heard several times but it was not dominant.

Vilnius authorities had not issued q permission for a march through Gedimino Avenue and nationalist youth organizations refused to hold a march on Upės Street a little further from the city center.

The Lithuanian Nationalist Youth Union appealed against the decision but a Vilnius court rejected the appeal, saying that state institutions have a prerogative to choose locations for marking official holidays.

Vilnius Mayor Artūras Zuokas told BNS earlier on Tuesday that the municipality might issue permission to march through Gedimino Avenue next year.