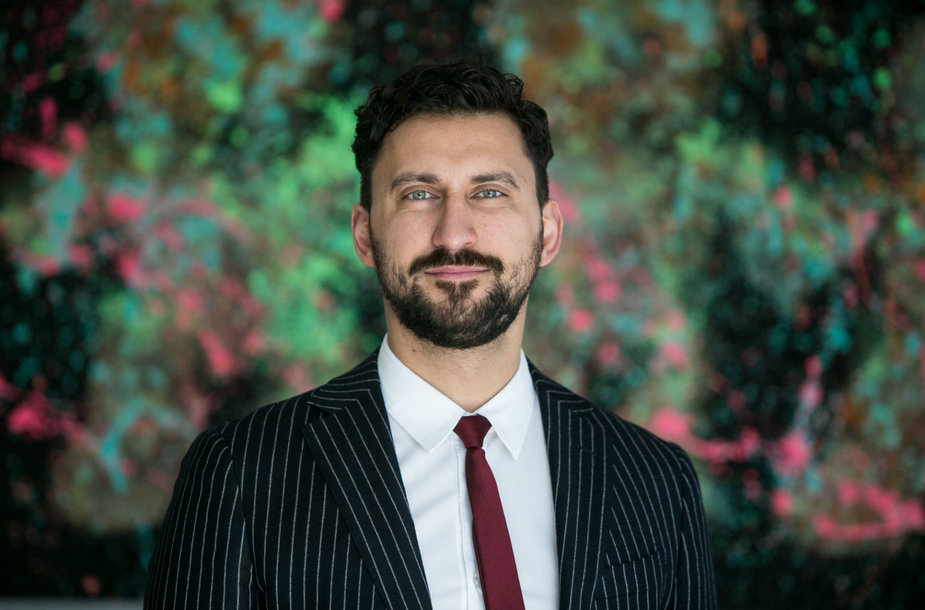 Juliaus Kalinsko / 15min nuotr. / Mindaugas Vanagas
By: Mindaugas Vanagas, founder of the real estate business group Citus
Source: 15min
Following the government report, the Seimas is due to deliberate amendments to the land law, with a new tax to be introduced for developing real estate projects on state-owned land. The law has been widely discussed in media, businesses have been rumbling about it, but the public seemingly has no role in this story.

And yet they should. At first glance, everything appears to be completely correct and justified – the state must use its property effectively and earn the greatest returns from one of the most expensive properties – land – which will be used by all citizens. However, the costs of this solution should be analysed in more detail, considering how much of this decision is based on democratic principles and how much on capitalist ones.

While selling apartments in Citus’ projects, we do not apply any discount or gift policies, we educate our buyers that gifts and discounts would be included in the price anyway. Now, let us adjust this example to the aforementioned law – the state returns, which it should share with us all, is a gift in this case. So, what is the price of this?

This is a key question. For example, a fairly difficult situation has developed in Vilnius recently regarding plots of land that are suitable for development. There is a lack of such spaces as a result of which an overwhelming “buyers’ market” has emerged. There is fierce competition over the smallest plots of land which means that prices are rapidly rising. Naturally, the price of land is one of the components making up the product’s final price. To put it simply, the more expensive the land, the more expensive the apartments.

Turning one euro into two

The amendments to be deliberated in Seimas outline a multi-layered “tax sandwich.”

The first layer: if a planned construction space exceeds a previously occupied land space on a state-owned plot of land by more than 40%, the developer will face an extra tax of 50% of the plot’s value. For example, if a plot of land holds an unused 1,000 square metre warehouse and administrative annexe and 1,500 square metre building is planned to replace it, it will attract the maximum amount of tax, i.e. a plot valued at 1,000,000 euro will cost 1,500,000 euro.

There are quite a few plots like these in Vilnius.

And now, for dessert: if the use of the plot of land is being changed, an insignificant 5% is added on meaning that 1 million euro turns into 2,050,000 euro.

The cherry on top – the plot of land is transferred to use under the long-term tenancy and the developer (hence also the future property owners, apartment residents, for example) does not acquire proprietary rights to it.

And now, to answer the most important question. How much might this cost me, an apartment buyer? In brief – 15,000 to 25,000 euro on top of the price of a middle-class 50 square metre apartment.

Price trampoline – an abyss for affordability and competition

No less important is the planned value calculation mechanism which will be based on market price. The market price is what is recorded following similar transactions. Given the situation, private land will also increase in price. Why would a private landowner want to receive less for their property than what is being asked for a nearby state-owned plot? After all, there’s less bureaucracy and the property rights go to the buyer.

This situation could start up a carousel of prices to the point when there will be no plots left in Vilnius with any development appeal. I dare not guess to what extent this vicious cycle could increase housing prices. Potentially a lot.

The effect will be further reinforced by falling supply and continuing demand. Housing affordability will plummet and this will prove impossible to prevent by any regulatory means.

Of course, it cannot continue indefinitely so the city will stop expanding. Affordable apartments will no longer be available, it will no longer be attractive for people from other cities and towns to come here, it will be incredibly difficult to draw ex-pats to return or experts from other countries to arrive. In most Western European cities, housing affordability is one of the greatest problems – governments and city municipalities handle it by developing and implementing various incentivising mechanisms. In Lithuania, a single law could turn everything in opposite direction.

Parts of this law are good. Certain provisions would help end the long-lasting situation when state-owned land which is leased can be taken back without a reasonable cause. Precisely because of the collision between this aspect and the lengthy previous litany it would be incredibly disappointing if the law became a burden for prospective home buyers rather than an effective tool to manage perhaps the most expensive property owned by the state.

LNTPA president Mindaugas Statulevičius: we can expect a snowball effect

We must take action today regarding the looming problem of home accessibility. Firstly, property sales are record-breaking and if this continues supply may be unable to keep up with the demand, which will lead to further price increases.

Secondly, if the tabled land law amendments are passed, alongside the demand shock, there will be an inevitable snowball effect. We are already seeing how the market perceives the land law and how private land prices are rising – their sellers are aware that if state-owned land doubles in price, based on market trends, private land will increase in price as well.

The snowball effect means that in some cases apartments could increase in price by around 20-30%. This is by no means in line to offer affordable housing in Lithuania and so, the association proposes a different way to compensate the state for state-owned land. We believe a transition period for paying the tax should be introduced which would help prevent a sudden price shock.

Mindaugas Vanagas is a board member of the Lithuanian Real Estate Development Association, founder of the real estate business group Citus