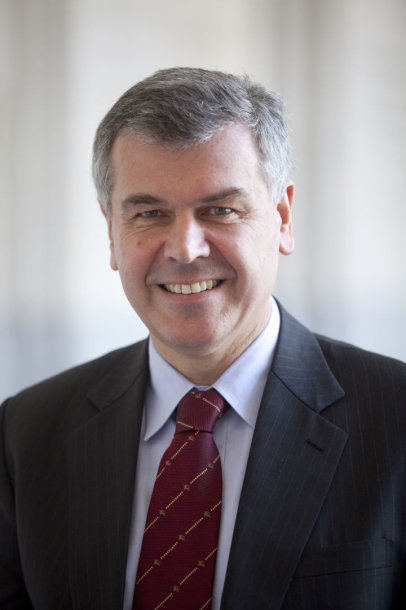 Thirty years since the end of the iron curtain and the beginning of European unification, three aspects ought to be kept in mind.

1. The context. 1989 began long before 1989. Social pluralism had been growing in both East and West Europe over decades. In the 1980s, the battle cry for freedom had led to the return of constitutional rule in Latin America and the beginning of a first wave of multi-party elections in several African countries. After years of stagnation, Ronald Reagan and Margaret Thatcher represented the revival of the West. The initiatives for a common European currency from Mitterrand, Kohl and Delors, were the belated answer to the economic power of the US and of Japan framing a new magnetic force. China had embarked on the biggest economic transformation and re-birth of any nation over the course of a century. In Central and Eastern Europe, growing social pluralism did not yet correspond with political pluralism. Hence, it was time for the fall of bankrupt communist regimes across Europe.

The quest for rule of law and a return of power to the people were the logical, almost inevitable expectations during the first stage of the peaceful revolutions. Those who resisted all political change - like in Romania, where the nomenclature placed all the blame on their old leader and prefered to kill him - could only postpone the rupture, not avoid it. The peaceful revolutions gave back dignity and honour to societies that overcame communist dictatorships and planned economies.

They had experienced what social engineering entailed, namely, as Karl Popper had stressed, a promise that would end in hell. The peaceful revolutions in Europe were about the renewal of the social and political contract, they were about the quest for a new balance between freedom and authority, between the individual and the state. The peaceful revolutions in Europe were framed by big, unifying ideas: do not be afraid (Pope John Paul II.), live in truth (Vaclav Havel), aim for solidarity (Lech Walesa). But big ideas, like those of NGO’s today, express visions. They do not encapsulate the diversity of views and approaches into which these visions must evolve with almost inevitable consequence. Inherently pluralistic, diverse and possibly conflictual societies will always debate and deconstruct visions into the multiple variants of thought patterns at hand to implement such big ideas.

2. The success. The new realities generated by the peaceful revolutions in Europe were and remain impressive in many ways. Causalities and correlations are still subject to historical research. But the substance was evident at its very creation. The best eye-witness of all was Timothy Garton Ash, the Alexis de Tocqueville of our time. His account of structures and individuals during the peaceful revolutions in Europe remains unmatched. And yet, even he could not foresee the differentiation of things to come. Revolutionary times require contextualization, I dared to add this already back in 1994.

Ever since, analyses and standpoints have become subjective again, to say the least. Civil society has become a hype across Western Europe, although civil society has never been identical with society proper, with culture and tradition. In 1989/90, societies were rising to new levels of freedom, not civil societies which were advancing particular issues. The novel phenomenon of the NGOization of political activism, which is so widely spread today, might explain why Western Europeans and Americans often tend to look at Hungary and other Central European societies through the lens of today‘s hype of civil society. While, applying a rather weak sense of sensitivity for traditional interpretations of society per se and its prevailing ligatures.

The Baltic rebirth stands out in the history of peaceful revolutions in twentieth-century Europe. The nations of Lithuania, Estonia and Latvia not only stood up to get rid of a false ideology. They not only overcame geopolitical divisions, which had, par la nature de forces, put them onto the wrong side of history. Lithuanians, Estonians and Latvians, who had been so bitterly betrayed by history and totalitarian powers, were singing themselves into the beginning of a unique revival, the re-birth of three dynamic and prospering, self-assured and proud nations.

Also in some other countries economic achievement, and at times outright economic miracles happened, i.e. in Poland and in Slovakia. And yet, all together the economic transformation of Central and Eastern Europe has led to what Polish economist Ryszard Rapacki, has diagnosed as “patchwork capitalism”. The roots of economic structures, the role of the state and the individual in Central Europe and South Eastern Europe still differ from the economic history of capital-based, technology-driven and export-oriented economies of Western Europe.

In political terms, it should therefore not come as a surprise that the peaceful revolutions in Europe also produced patchwork democracies. The political cultures in Central and South Eastern Europe differ from those in most of Western Europe. Strategically, the countries of Central Europe are today firmly anchored in NATO and in the EU. But within these structures, the Central European societies still struggle with what and who they are. In its own way, united Germany is no different from its Eastern and South Eastern neighbors as it is also a post-communist country with ligatures of a national tradition of being “in-between”.

3. The consequences. Revolutions, to quote Victor Hugo, are the return of the artificial to the real. Thus, they have brought back differences, which go beyond the totalitarian experience (Karl Dietrich Bracher). One phenomenon stands out: The ample transformation of party structures and political loyalties. Most loyalties have become vulnerable. Those political parties who already existed during the peak years of the peaceful revolution are hardly recognizable, if they even still exist. Fidesz is an example. But also, similar phenomena have taken place in the West, the German CDU being an example. Since German unification, the CDU has gained an almost unrecognizable new profile. Societies have changed across Europe within a generation and so have political loyalties. The recognition of this phenomenon arrived rather late in Germany, as the AfD still perceived as an extra-consensual reality although most indicators point to its longevity.

The shift from MDF to Fidesz and its ideological conversion have anticipated what Germany is still struggling with. Unlike Hungary, Germany has acquired a new national secular religion: ecology. Environmental matters have become almost a secular religion also among those who do not vote for the Green party in Germany. In parallel, the fragmentation of the liberal-conservative camp and the return of national reactions to the ongoing Europeanization of German politics continue. And yet, the Europeanization of Europe continues.

Ludger Kühnhardt is professor of political science at Bonn University and director of its Center for European Integration Studies (ZEI). He has been a member of the Governing Board of European Humanities University (EHU) in Vilnius.