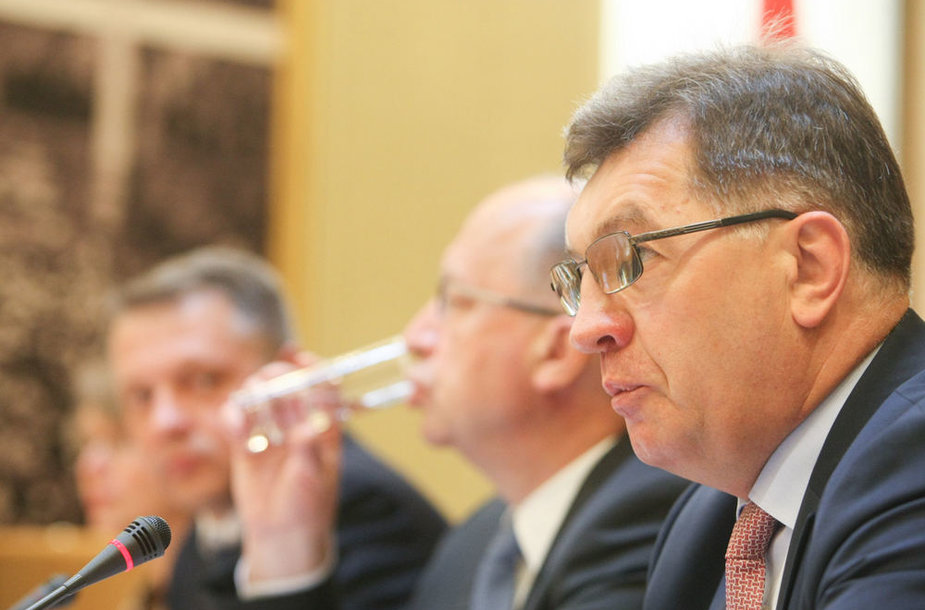 Lithuanian Prime Minister Algirdas Butkevičius says it's not clear whether Lithuania will ratify the controversial Council of Europe's Convention on Preventing and Combating Violence Against Women and Domestic Violence, even though the Cabinet has already endorsed it and Minister of Foreign Affairs Linas Linkevičius signed it last week.

After the minister signed the convention, the Seimas (parliament) is still expected to decide on its ratification.

"If somebody looked into what the government discussed, so it discussed only the statement which said, before Minister of Foreign Affairs Linas Linkevičius signed the convention, that during our discussions with various organizations and at various levels before the ratification of that convention, it's not clear whether it will be ratified, we said that we are going to follow our Constitution. And there cannot really be another family definition or definitions of other things, if they run counter to our Constitution," Butkevičius told the Lithuanian Radio on Tuesday.

In his words, discussions on the convention will start as early as this week and are held by the Ministry of Social Security and Labor.

The Cabinet stated last week that "Lithuania will apply the convention's provisions in accordance with principles and norms enshrined in the Constitutions of the Republic of Lithuania."

The Lithuanian Bishops' Conference has called on Lithuanian leaders against signing and ratifying the convention which, in their opinion, proposes the notion of gender that goes against nature.

The convention defines gender as "the socially constructed roles, behaviours, activities and attributes that a given society considers appropriate for women and men."