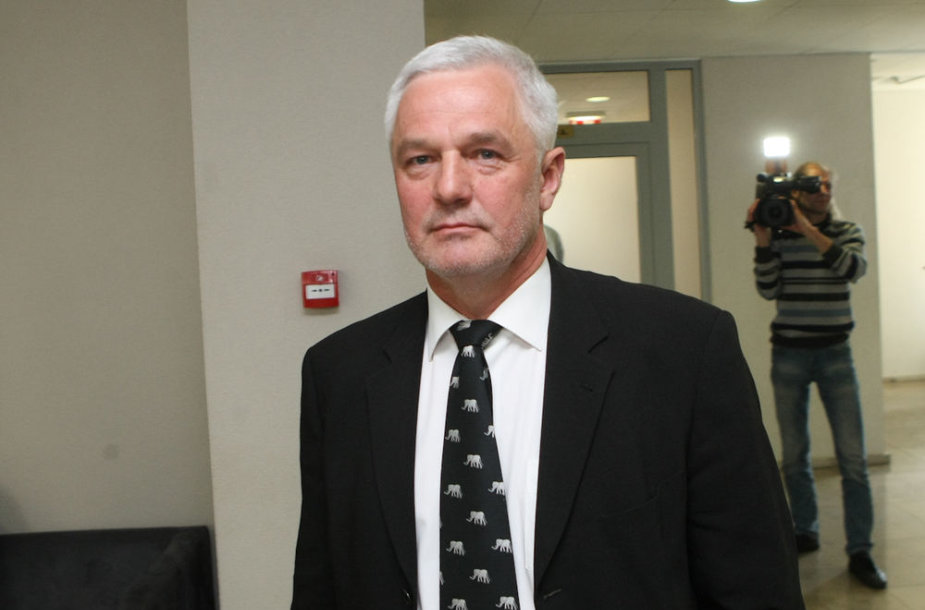 Lauryna Vireliūnaitė
Politikos aktualijų žurnalistė
Source: 15min
55 thousand litas (16 thousand euros) in exchange for three bills. Such a deal was allegedly struck by conservative MP Vitas Matuzas. If suspicions are proven correct, it will be a major embarrassment not only for the Conservative Party, but for the entire Parliament that passed the bought bills.

Officers of the Special Investigation Service (SST) suspect that Mr Matuzas could have been paid to draft the Excise Law, the Money Laundering and Terrorism Financing Prevention Act as well as the Alcohol Control Law. The latter bill caused particularly heated debate as it stipulated to postpone a full alcohol advertising ban.

Mr Matuzas allegedly received 55 thousand litas from Andrius Romanovskis, a lobbyist who has spent 25 days behind the bars.

According to news portal Delfi.lt, the bribe to Mr Matuzas was not paid directly, but given in instalments to the Charity and Relief Fund run by the conservative MP. The SST suspects that part of the money – about 33 thousand litas – was cashed and handed over to Matuzas. If the allegations turn out to be correct, Romanovskis and Matuzas will be in trouble, but also a president of one association and corporate manager of one private company. Romanovskis publicly stated he was surprised why officers thought charity was a bribe.

Curiously, Matuzas has not disclosed that he owns a charity and relief fund anywhere and there is no public information about it.

Matuzas registered a bill to revoke the complete ban on advertising alcohol in May last year. Following a previous law, the ban should have come into effect on 1 January 2012.

Matuzas argued for his bill saying that a complete ban would give competitive advantage to Russian broadcasters in Lithuania, since it would not apply to them. Moreover, the MP claimed that the strict regulation would encourage local broadcasters to move their operations out of the country.

After Matuzas registered his amendment bill, other MPs, too, spoke publicly in favour of it. “I prefer more flexible options and think that a complete ban would not bring expected results,” Parliamentary Speaker Irena Degutienė, also a conservative, declared in May last year.

Several months later, a confirmed crusader against alcohol use, conservative Antanas Matulas, also eased on his militant rhetoric. Last September, the MP declared that the complete ban was indeed premature and should be pushed back.

However, right after the amendment bill was passed, Matulas reverted to his usual anti-alcohol position. “We have made a grave mistake, but we can correct it by considering the main bill after lunch. By working hard, one parliament adopts decisions important to the nation, while we look up to lobbyists seated in the balconies and vote according to their demands. I am truly ashamed, dear colleagues. Let's correct this mistake after lunch,” he said after parliament voted in favour of postponing the ban.

The bill was passed with 59 ayes, 37 nays, and 13 abstentions. In the final tally, it was passed thanks to the social democratic support – 13 of their MPs voted in favour, in addition to 10 Liberal and Centre Union MPs, 9 Liberal Movement and Order and Justice members as well 6 MPs from both the Labour Party and the Christian Parliamentary Group.

With the amendment passed, the previous rule remained in effect: advertising alcohol is prohibited on TV 6 AM to 11 PM, no printed ads on cover pages of periodical publications allowed, while billboards are available only to beer and naturally fermented wines and ciders.

Soon, the law was signed into effect by President Dalia Grybauskaitė, who said that Lithuania already had sufficiently strict regulations regarding alcohol ads and these were perfectly in sync with EU practice.

15min could not reach Matuzas for comment. Leader of the conservative parliamentary group, Jurgis Razma, told 15min he had not discussed allegations over suspicious bills with Matuzas. He noted, however, that the bill was passed without conservative support.

“It is strange that our parliamentary group is made a scapegoat, even though most of us voted against the bill,” he said. “There were various opinions within the party, I can't see how they could have influenced anything. However, with the elections approaching, the topic is being blown out of proportions and it plays in the hands of our opponents. Even though other parties voted unanimously and made much more to get the bill passed.”

Another bill authored by Matuzas also caught attention of STT agents – amendment to the Excise Law which suggests that price of a pack of cigarettes be printed directly on the pack instead of on the tax stamp.

The conservative MP said that existing regulations (of putting the price on tax stamps) raised the cost of producing the stamps and so changing regulations would relieve producers of certain costs. The Budget and Finance Committee gave its unanimous blessing and it passed a parliamentary vote without much discussion last December.

When he proposed the amendment, Matuzas noted that its original author was an association called Investor's Forum. It is an association of many companies, including tobacco producer Philip Morris Baltic.

When 15min contacted Rūta Skyrienė, executive director of Investor's Forum, and asked her to comment on allegations that the law could have been bought, Ms Skyrienė laughed.

“Are you kidding? I don't even know what to say. A bribe for the amendment – that is nonsense. Let's look at the essence of the law first. It reduces red tape and administrative cost. There is nothing more to read into it. The law does not harm anyone, it simply makes things easier for people who produce tobacco. Such allegations are unfounded. If you want to look for something, here is not the place,” she said.

Another bill that raised red flags with STT agents is an amendment to the Money Laundering and Terrorism Financing Prevention Act registered in May 2010. It was approved by the Budget and Finance Committee and then by the Seimas.

What to do with the laws?

Algimantas Salamakinas, chairman of the Parliamentary Ethics and Procedure Commission:

“The Seimas Statute does not give a rule about what to do in cases it turns out that a bribe was paid for bills that were signed into laws.

“In order for the Seimas to investigate the circumstances, it must receive evidence from prosecutors and determine whether or not a bribe was indeed involved. Facts must be established that lobbyists operated against the Law on Lobbying.

“If it emerged that it was indeed so, we should react: the Ethics and Procedure Commission would have to investigate and present its conclusions to the Seimas. We haven't had a precedent like that, so there is no accepted practice what to do in similar cases.”