Society
The gates are open: the cheapest way to Europe

Opinion
Ramūnas Vilpišauskas. Immigration will continue even after this crisis, it’s time to prepare for it

Politics
Returning the migrants might clash with international law, but there are no alternatives to be seen 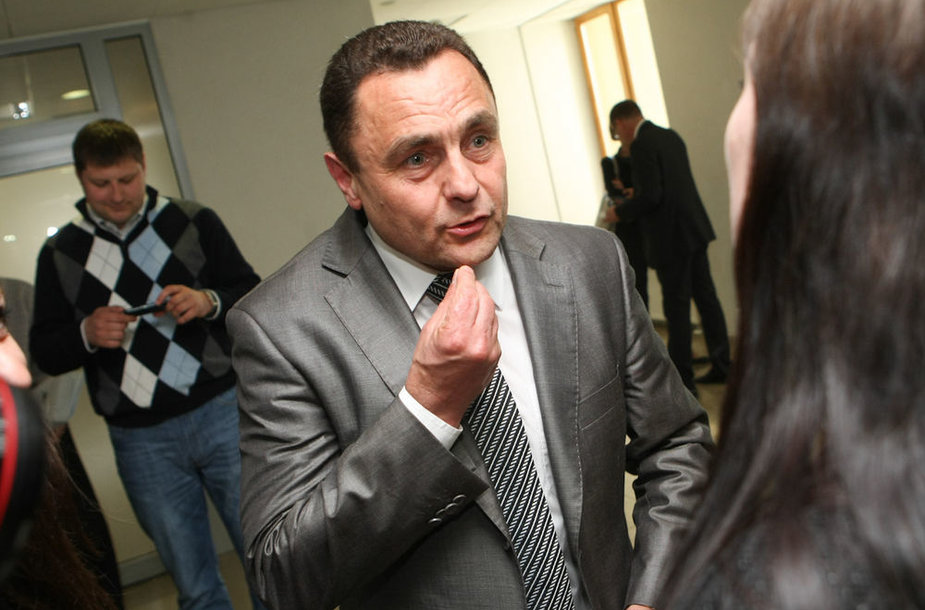 Eglė Zicari
Aktualijų žurnalistė
Source: 15min
Lithuanian MP Petras Gražulis, who has earned notoriety for his homophobic statements and a police record for his behavior during a Gay Pride event in Vilnius in 2010, has made another stunt right in the Parliament building.

On Wednesday, Gražulis turned up at a press conference – attended by LGBT rights advocates and foreign ambassadors – and burst out with comments on necrophiliacs and zoophiles, insults at foreign ambassadors, and declarations that all gay people should leave the country.

The press conference was held on the eve of the International Day Against Homophobia and Transphobia (IDAHO). It was organized by Marija Aušrinė Pavilionienė, social democratic MP, and Lithuanian Gay League (LGL), LGBT-rights NGO. It was attended, among others, by Dutch ambassador Kornel Willem Spaans, US Embassy Policy and Economics Department head John Finkbeiner, Amnesty International representative Helle Jacobsen.

Guests at the conference made statements about the importance of human rights, drawing attention to particular problems faced by the Lithuanian LGBT community. Even though Lithuania is often criticized as a homophobic country, the Dutch ambassador said Lithuanians were very polite and nice people.

However, this was more than challenged by Petras Gražulis, member of the Order and Justice Party, who was sitting among reporters and started making irreverent comments even before Pavilionienė finished speaking.

“How are homosexuals better than necrophiliacs or paedophiles?” he exclaimed. “I'm ashamed that the rotten West, coming from the European Union that is morally corrupted, propagates this to Lithuania and tells us how we should treat homosexuals. Gays should leave Lithuania, not dictate their terms to us.”

Gražulis ignored his colleague Pavilionienė's pleas to leave the room and stop disturbing the event. She could only make apologies to foreign diplomats.

“I am not surprised at all,” says LGL leader Vladimiras Simonko. “The same thing happened in 2010, it happens in 2012, except that this time he does it among honorable guests, 11 ambassadors. I have no doubts that the circus will be repeated in 2013. This adds no credit to the Parliament. I'm ashamed to have such bigoted MPs.”

He adds that Gražulis was using the homosexuality card to boost his popularity with voters.

Meanwhile, Gražulis himself says he objects to such conferences being held in the Parliament building, with the approval of “the leadership of the Parliament and Christian Democrats.”

“There's some sort of homosexual week going on. They have moved to Lithuania, they march on the Gedimino avenue and now even show off their sexual perversions in the Parliament. Where is the Parliament Speaker [Irena Degutienė], that great Christian Democrat, looking?” the politician fumed.

He was particularly appalled that “homosexuality is presented to the youth as a commendable phenomenon. All nations and empires fell because of this moral rottenness, Sodom and Gomorrah.”

“It won't be long before kleptomaniacs, drug addicts, necrophiliacs, or zoophiles start organizing their press conferences in the Parliament. There are many kinds of devildom – shall we give rights to them all? Could we have thought 10 years ago that things like that would be happening? In 10 years, they'll be bringing goats to the Parliament,” Gražulis prophesied.

After being told that everyone is entitled to their opinions, except that these should be expressed more politely, the MP retorted: “We are too polite with them as it is. We should chase all the ambassadors out of Lithuania. What are they teaching us? Take them to the countryside, to see how ordinary people live. No one has made any complaints that the people are being exploited, that they can hardly make ends meet. Don't let them interfere in our domestic affairs.”