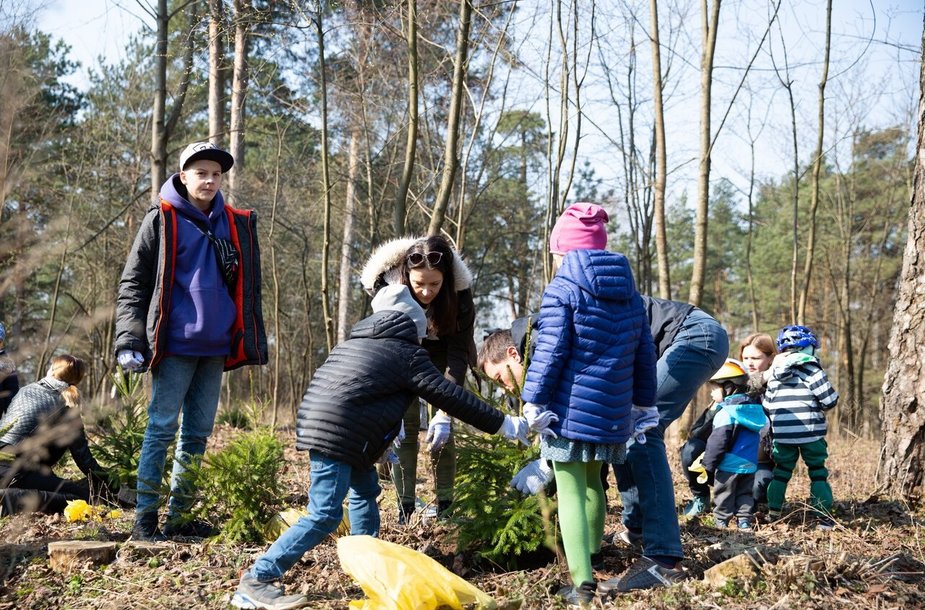 Planting of the trees
Source: 15min

As Vilnius already holds the status of the greenest city in Europe, it will soon grow even greener – in the near future, almost 500 trees are to be planted in locations enjoyed by the city’s residents. With the spring approaching, this initiative is traditionally continued by Darnu Group, and the real estate development company is contributing to the creation of a harmonious and green city. The gift to Vilnius is valued at almost 20 thousand euros.

The number of trees that are planned for planting is no coincidence – this is to highlight the 460 apartments built in the Paupys area, with a tree symbolically planted in the city for each one.

This year, the initiative is to be implemented in the Paupys, Old Town and Užupis green zones, the new tree saplings will adorn the triangle found in the crossing of Geležinis Vilkas and Pietaris streets, Kūdros Park, Steponas Batoras Street. Some of the trees will also supplement existing green zones in the city, and by the end of April, these spaces should see the appearance of new pines, hawthorns, apple trees and plums.

Both the local communities in these areas and Vilnius residents who support the idea of creating their futures in a green city are invited to join the implementation of the idea.

According to Darnu Group CEO Sigita Survilaitė-Mekionienė, the company is traditionally fostering the ideas of maintaining natural green spaces in the city, and the tree planting initiative is becoming increasingly important, drawing greater support from Vilnius residents and society at large.

“The new trees that are planted every year are a gift to the city, to its residents and to future generations. This way, we seek to maintain Vilnius’ title of the 'greenest European capital,’ and nurture responsible attitudes to nature. Darnu Group builds not only residential objects but also ones for other purposes and as such we have ambitions to increase the scale of this initiative,” S. Survilaitė-Mekionienė says.

After completing the Antakalnio Terasos project, Darnu Group gifted Vilnius almost 900 trees, the same number as that of apartments built. Back then, 169 spruce trees, 141 birches, 381 pines and 163 oak trees were planted in Vilnius in the reflection of respective numbers of apartments built in the Eglių Terasos, Beržų Terasos, Pušų Terasos and Ąžuolų Terasos projects.

550 of these trees were planted in Vingis Park and along the river Neris riverbank in Žvėrynas and Antakalnis; in some areas, barefoot walking paths were also installed as an extra gift by the company for the park’s visitors.

“We strive to take into consideration both the needs of the district and the city’s residents. While urbanising the city, we do not forget the connection to nature. We are glad that Vilnius’ residents enjoy such initiatives and that they gladly join in with planting trees in their areas – after all, there can never be too much greenery in cities,” S. Survilaitė-Mekionienė states.