NielsenIQ: three out of four Lithuanians donate to charity but are most affected by extreme situations 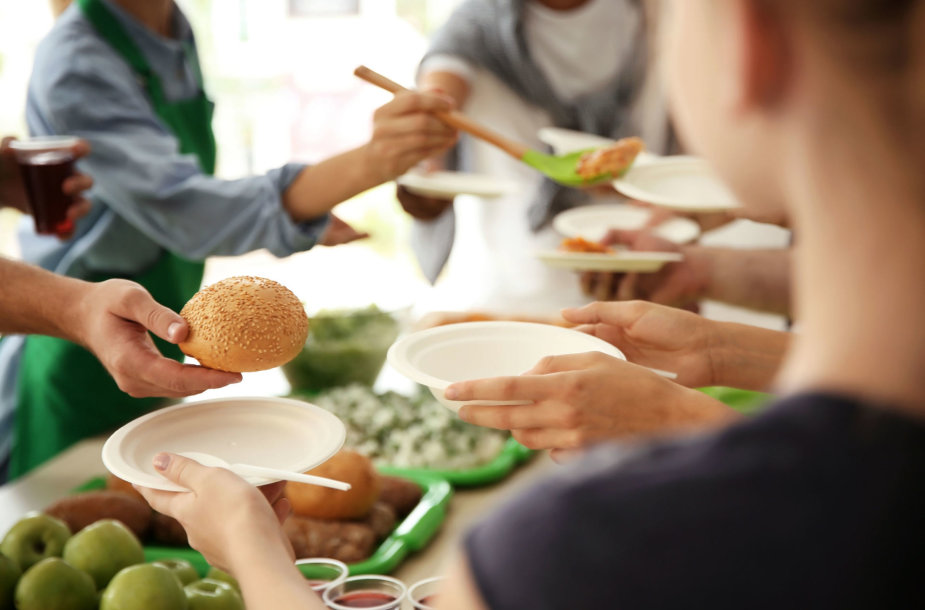 123RF.com nuotr. / Charity
Source: 15min
Three in four Lithuanians donate to social causes but their priorities are somewhat surprising. According to the data of international market research company NielsenIQ Baltics, people in Lithuania react most sensitively to extreme situations: animal suffering and cases of severe human diseases such as cancer.

While the Western countries are also facing rapid ageing of their populations, in Lithuania the older-generation individuals who are often impoverished and lonely are still mostly invisible.

In February 2021 NielsenIQ conducted a representative survey in order to research the views of Lithuanians towards charitable donations. The study showed that as much as 75% of the population donate from once a month to at least once a year, while 25% of respondents indicated they did not support any social initiatives at all.

The priorities in which causes are supported are as follows: 38% donate or plan to donate to animal charities, 37% to individuals with cancer and other severe illnesses, 31% to the elderly. Causes related to children and youth attract donations from 28% of the surveyed people, while only 16% of respondents donated to victims of violence and accidents.

“While the number of people donating or considering doing so in the future is significant, Lithuanians tend to be particularly responsive to the most touching, even tragic stories, which are most likely to draw attention. Animals and severely ill patients are considered to be the groups that essentially cannot or can no longer take care of themselves. Meanwhile, old age appears to be seen as some barely noticeable chronic illness: the overall health is no longer as strong but people struggle to understand the real burden that comes with the challenges of loneliness and deprivation,” says Ilona Lepp, head of NielsenIQ Baltics.

According to Lepp, people over 65 make up 20% of the Lithuanian population so one can only imagine how many silent stories of pain and solitude there are out there. Furthermore, due to the coronavirus pandemic the elderly often cannot be visited, so the lack of face-to-face contact makes it even harder to understand how this part of the population are currently feeling.

Marius Čiuželis, who founded a conversation and emotional assistance helpline called Sidabrinė Linija, says that initiatives oriented towards this group of citizens are gradually increasing the public understanding that the lives of elderly individuals are by no means simple. According to Čiuželis , lonely elderly people are in need of more than just financial aid. The need for emotional support is equally urgent, as is maintaining normal human connections.

“In Lithuania the problems experienced by the elderly are typically perceived through the financial prism, while emotional needs are left in the margins. Even older individuals participating in the survey, who donate already or are planning to do so, firstly mentioned the poverty amongst the elderly (67%), their inability to care for themselves (56%), and the fact that their needs do not receive enough attention (53%). All this is based on tangible material things. But loneliness, something that deprives life of its meaning, is not taken into account,” says Čiuželis.

During the pandemic, the number of calls by the elderly to Sidabrinė Linija increased from an average of 800 to 1.5 thousand per month. The callers started seeking like-minded people more actively, they want to talk and ease their anxiety.

“Will it be like that for me as well? It appears that every second resident of the country who donates to the elderly ask themselves this question. 47% of respondents who empathise with the elderly are open about the fact that they are thinking about their own old age and their relatives. Unfortunately, the unfavourable demographic trends and the falling birth rates suggest that the number of elderly people will increase further. This means that loneliness in old age will be experienced even more frequently,” says the founder of Sidabrinė Linija.

31% of Lithuanians believe that the state should care for the elderly, while 30% are certain that it is the duty of their relatives. As much as a quarter of respondents believe that the amount of tax they are paying for social needs is already high.

“It is a subject of a lengthy debate as to who should take the responsibility in terms of social care issues. The decision-makers need to give these issues the attention they deserve. However, in reality our help is needed here and now,” says M. Čiuželis.

According to the survey data, women (54%) are more inclined to donate than men (46%). In addition, women tend to donate much more frequently than men.