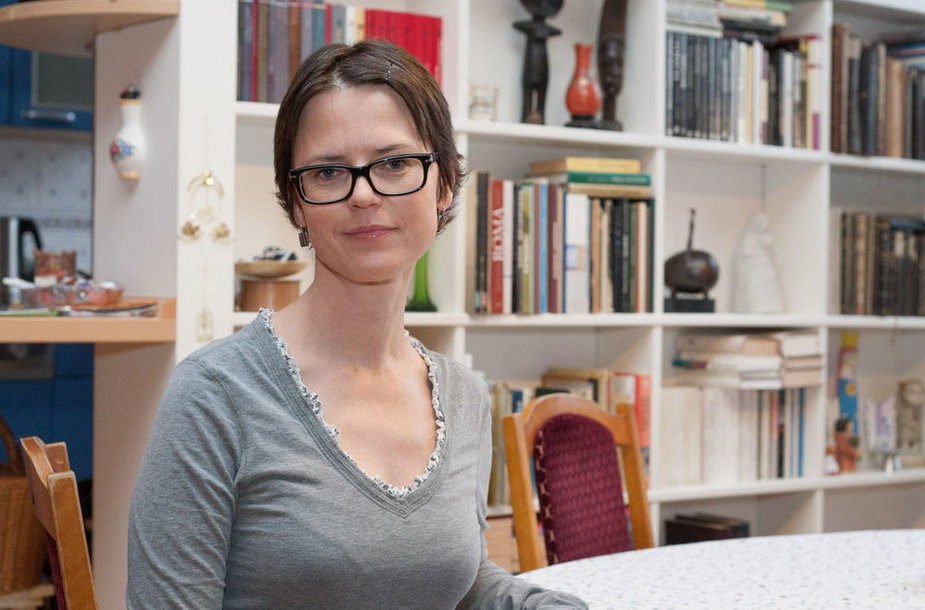 Audrė Domeikaitė
Source: 15min
2013 was declared the Year of Dialects in Lithuania. A number of events will be dedicated to promoting dialects of the Lithuanian language and drawing attention to their preservation. However, as sociolinguist Loreta Vaicekauskienė notes, occasional celebrations are not enough.

– What's your take on the initiative to declare 2013 the Year of Dialects?

– Ambivalent. It's great that it draws attention to dialects. Especially the attention of townsfolk, of urban youth. On the other hand, such occasional initiatives seem quite bureaucratic and disconnected from reality.

– How much are dialects used these days?

– There's a discrepancy between what people say their attitudes towards dialects are and their actual use. When you ask them to give their opinion about the importance of dialects, most say yes, they are important and must be preserved. Studies indicate, however, that their actual attitudes are quite different.

But this is a very idealistic view on dialects, one which is more characteristic of townspeople and not those who actually use dialects and sometimes suffer the consequences.

– People, who speak dialect in provinces, admit they drop it once they're in town, for fear of attracting too much unwanted attention. When townspeople hear someone speak dialect, they often turn to look, inquire about where the speaker comes from, ask to repeat words, sometimes even correct them.

Moreover, a person from provinces is often convinced that it is somehow inappropriate to use anything but standard Lithuanian while interacting with municipal authorities or the mayor – even though the latter might understand the dialect well and use it themselves.

So there seem to exist certain limits on the time and place to speak dialect – only in the private sphere, not in town and not to people of higher social standing.

– Who or what draws these limits?

– Habits and entrenched negative stereotypes. My colleagues and I worked on a project called “The Lithuanian Language: Ideals, Ideologies, and Identity Rifts,” where we looked at attitudes of school students from different regions regarding various modes of language, including dialects. The students were given a set of cards with positive and negative personal traits and had to use them to define a typical person who spoke dialect.

The study showed that dialect speakers were regarded as provincial, old-fashioned, senile, uneducated, narrow-minded. At the same time, we noticed a certain prestige attached to one's own place – the students more often thought that a person who spoke their own dialect was interesting, honest, warm, cheerful.

We, scientists, see this latter phenomenon as the explanation why dialects endure and stay alive in their natural environment – in private spaces, among people who are equals. But dialects lose in competitive struggle against standard, urban, public language, one used by interlocutors of higher social standing.

– How could we promote dialects? What could make speaking dialect a trendy thing?

– The Year of Dialects is intended for such trend-setting – through holding various events in dialect. But these are short-lived occasional initiatives that do not necessarily have much to do with the everyday life of modern people.

We asked people if they heard dialects used in a newspaper, local television broadcasts, etc. Most said yes, but these were often programmes on ethnography, cultural heritage; they do not necessarily look attractive to consumers. If we want dialects to endure, we must promote the view that language is a diverse phenomenon and that people should not be afraid to stray away from the standardised norm.

For example, primary school students in France are allowed to speak dialect, no one will correct their language – so that they learn it better. And in Slovenia, radio hosts speak dialect in normal non-ethnographic broadcasts, because they maintain that the audience should be addressed in the language they use.

Negative stereotypes are reflected – and recycled – in those TV shows that have loser characters who speak dialect. Everyone knows the hill-billy characters on “Dviračio šou” (a popular political satire show) who come to the city wearing rubber shoes and sporting a pitchfork – it is a straightforward stereotype, suggesting that speaking dialect is a sign of provincialism and is out of place in the city.

Or look at animated cartoons – if a character is silly, he will often be dubbed with a stylized dialect. For example, students in Šiauliai told us about how they shun speaking how they are used to when they go to other towns, because their accent reminds others of silly TV characters and inspires mockery.

On the other hand, when a person of high social standing speaks dialect, it has a positive effect upon attitudes. For instance, people in provinces are very proud when their mayor or other high official speaks dialect. This elevates the language to a higher social level and boosts one's self-confidence.

However, our language policies are very one-sided. While dialects are declared a great national treasure and heritage worth preservation, only strictly standardized language is admitted into the public and the media.

– Perhaps there should be a change in our language policies so they grant more freedom to use dialects?

– Language policy can indeed promote tolerance for diversity – but for it to do so, we need huge reforms. We must allow children to speak their own language in school and appreciate how they express themselves in it, stop fearing heterogeneity of language codes. We must not penalize students in Lithuanian exams if their language contains natural features from their dialects.

I will never forget one occasion when a kid in one small-town school was talking to me in dialect and his teacher poked him: “Shame on you, speaking like that to a person.” Lithuanian teachers often correct their students who speak dialect, because their task is to teach them standard Lithuanian.

And yet a Lithuanian dialect is as much one's mother tongue and, objectively, is neither better nor worse than the standard version – it's a pity it can carry negative connotations.

– But wouldn't freer use of dialects compromise the growing generation's ability to use standard Lithuanian?

– Certainly not. Standard Lithuanian has enough backing from an obvious prestige associated with it. And that's something that cannot be helped in standardised societies – this applies to almost entire Europe. Several variations of the same language do not hinder one another – and several different but contemporary versions in language usage is a perfectly natural and normal phenomenon.

The city, publicity, media, social prestige – all these spaces create sufficient incentive to learn standard language. And if, at the same time, kids are not afraid to use their own dialect – their language, and the Lithuanian language in general, will only be richer.