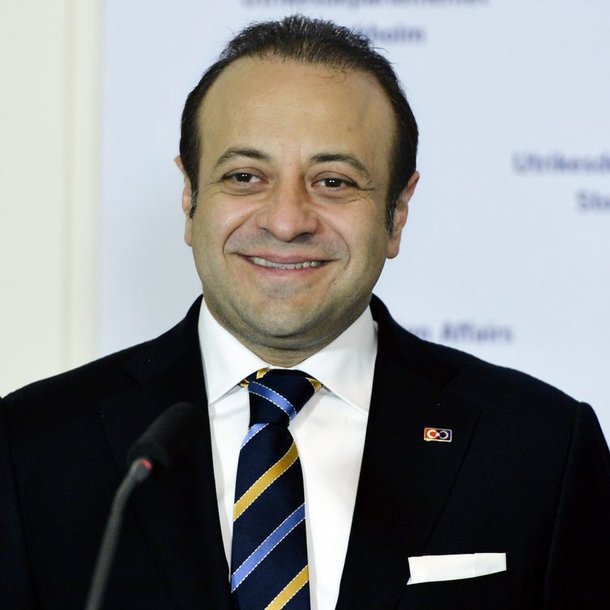 In an interview to BNS, the minister claims he expects a new impetus in Turkey's EU accession talks during Lithuania's term as the presiding member over the Council of the European Union in the second half of this year and he also sees an opportunity to resolve the Cyprus division issue with Greece.

The Turkish minister also underlined that the terror acts in London or violent demonstrations in Paris were masterminded by people born in those countries, not Islamic countries, who were affected by wrong ideas.

"So a European country like Turkey, which has a predominant Islamic faith but has a great example of free market economy, supremacy of law, co-existence of democracy, can give a very strong message which would be the antidote of the sick messages that is poisoning some Muslim minds in Europe," Bagis says.

"We are hoping to open one chapter in June during the Irish Presidency, a chapter on regional policy, but we are hoping for a new momentum in the relationship during the Lithuanian Presidency," the Turkish politician says.

"We are hoping to negotiate with the commission some of the benchmarks and open the chapter on social policy," he added.

Bagis also says Turkey hopes to resume talks on a facilitated visa regime. In his opinion, the election of a new president of the Republic of Cyprus, recognized by the international community, except for Turkey, provides an opportunity to finally resolve the issue of the divided Mediterranean island.

The fact that new Cyprus President Nicos Anastasiades was in favor of the 2004 UN federation plan, backed by the Turkish and rejected by the Greek side of the island, provides hope, Bagis believes.

"Because it was rejected, Cyprus had to declare bankruptcy during their own presidency. So Mr. Anastasiades had the foresight to see this in advance," the Turkish minister says, adding that Turkey will support any solution which is approved by the Turkish and Greek parts of Cyprus.

"I had even proposed earlier an idea of dealing with the Cyprus problem like the election process of the Pope. Let's lock ourselves in a room and not leave until we resolve the Cyprus problem. Turkey is as self-confident as to make this kind of the proposal," Bagis claims.

Turkey occupied the northern part of Cyprus in 1974 in response to a Greek coup aimed at uniting the island with Greece. The territory was later proclaimed the Turkish Republic of Northern Cyprus.

Bagis says he has assured Lithuanian Minister of Foreign Affairs Linas Linkevičius that Turkey is ready for talks during the Lithuanian EU Presidency.

"I even told your foreign minister that if during the Lithuanian Presidency you would like to organize a conference between Turkey, Greece, Turkish Cypriots and Greek Cypriots, I assure you, Turkey and Turkish Cypriots would be there," he said.