Aviation and the European Green Deal: when and how will we welcome sustainable aircraft? 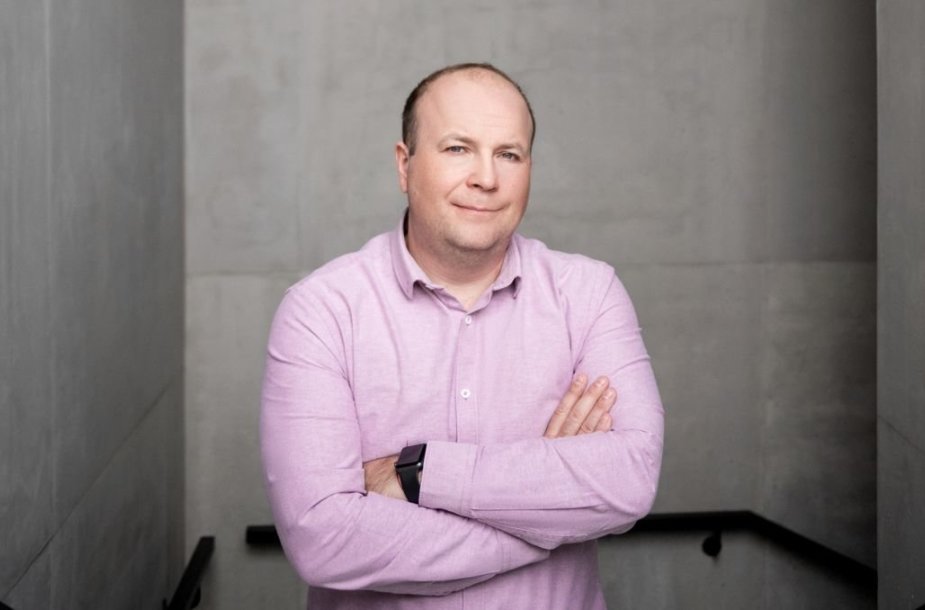 Asmeninio archyvo nuotr. / Marius Gelžinis
By: Marius Gelžinis, CEO of Lithuanian Airports
Source: 15min
The sustainability trends sweeping the world are spurring the transportation sector to ensure environmentally-friendly development. How is aviation faring in pursuing green goals as it moves in this direction?

First of all, it is worth discussing the often emotion-based belief that aviation is the largest atmospheric polluter. How justified is this claim, and is it in line with today’s realities?

Based on European Commission data, in 2017, direct aviation pollution comprised 3.8% of total CO2 exhaust. Of course, this is not something to ignore, but it is important to concentrate more on already implemented measures while pursuing green transformation.

An illustrative example is that between 2005 and 2017, the quantity of fuel used to transport a single passenger decreased by 24%. This number is declining significantly, and this trend will likely only intensify with time. The aviation sector’s usual practice is that every new aircraft model releases fewer emissions ever into the environment and is at least a tenth more efficient than its predecessor. Technical capacities are improved upon every year, and competition in the aviation market is also massive as a result. This leads to the conclusion that the implementation of environmentally friendly solutions has become a priority for the sector and will definitely remain as such.

The European Green Deal, which was approved under the Paris Agreement, is also shaping a sustainable future for the aviation sector. In 2019, a concrete and ambitious goal was set – to become the first climate-neutral continent by the year 2050. In terms of aviation specifically, the aim is to reduce aviation CO2 emissions by 55% by 2030 and 60% by 2050. Another goal of aviation is using at least 5% sustainable aviation fuel (SAF) by 2030 and for this figure to rise to 63% by 2050.

Among them are ten airports managed by Swedavia, including Stockholm’s Arlanda, which was the world’s first airport in 2009 to achieve zero CO2 emission levels. In about a decade, the company reduced its net emissions from around eight thousand tonnes a year to absolutely none, transitioning to renewable energy sources and using electric and biogas powered vehicles.

Having achieved zero CO2 emissions, Arlanda Airport is continuing in its efforts, creating infrastructure to reach the airport in the most ecological means possible, preferably by public transport, as well as creating conditions for more ecological air transport.

Lithuania stands with the leaders

Our goal is to minimise electricity consumption for heating, cooling and lighting, and land vehicles and auxiliary equipment fuel consumption. These are no longer just plans but instead already ongoing projects.

The first steps toward sustainability are an annual calculation of the three airports’ emissions and renewal of certificates, implementation of the Vilnius Airport emission reduction plan with the conversion of lighting systems to LED, and renewing the vehicle fleet with hybrid vehicles. The airport’s vision for the future is for all of its transportation to be powered by electricity or biodiesel.

One task completed in 2020 is particularly important –Guarantee of Origin certificates was acquired that confirm the energy consumed at the country’s three airports last year was generated from renewable sources.. This practice will also continue next year.

We are also aiming to generate as much clean energy ourselves as possible – the new VIP terminal and conference centre building already has an active solar power station on top of the building. We could also mention that electricity savings are secured through new technological building maintenance solutions, which are provided for in the planned new terminals. However, there are major challenges to overcome when looking to adopt more efficient technologies in old buildings. We have a number of such buildings, which were built back before anyone spoke about climate change. Sometimes it is far more difficult and more expensive to adapt such buildings to new standards than to build new ones.

However, I am confident that realistically Lithuania’s airports will enter the list of carbon neutral airports well before the year 2050.

Of course, the largest pollutants aren’t the airports themselves but the aircraft solely in terms of the aviation sector. However, here we see the implementation of environmentally friendly technologies, which ensure continuous reductions in air pollution every year.

Aircraft manufacturers are actively cooperating with fuel manufacturers in seeking to develop the use of sustainable fuels. Currently, Rolls-Royce and Shell are together actively seeking solutions so as to transition to sustainable aviation fuel. In addition, Boeing is combatting CO2 emissions on several fronts at once. With the transition to advanced technologies, the newest aircraft will reduce the amount of fuel consumed and pollutants exhausted by up to 25%. In addition, the leading aircraft engine and system manufacturer GE Aviation is demonstrating prototypes for hybrid and electrical aviation engines and other technological innovations, which are planned to launch within the next decade.

The quantities of sustainable aviation fuel used right now are very low, as there’s little of it on the market, and these fuels are relatively expensive. However, we can compare the prevailing trends to electric cars, which were initially few in number, but once adopted, began to decrease in price and increase in number rapidly.

Furthermore, Lithuanian Airports is participating in the Horizon 2020 ALIGHT project alongside the Copenhagen and Athens airports, which will help prepare future airports to evaluate requirements and implement necessary infrastructural changes in the future for other types of fuel – hydrogen and also electric aircraft. Airports will have to be prepared to service aircraft powered by alternative fuels. We will welcome such aircraft in Lithuania already within the decade.