Car parking infrastructure in Vilnius – an advantage or cause of problems? 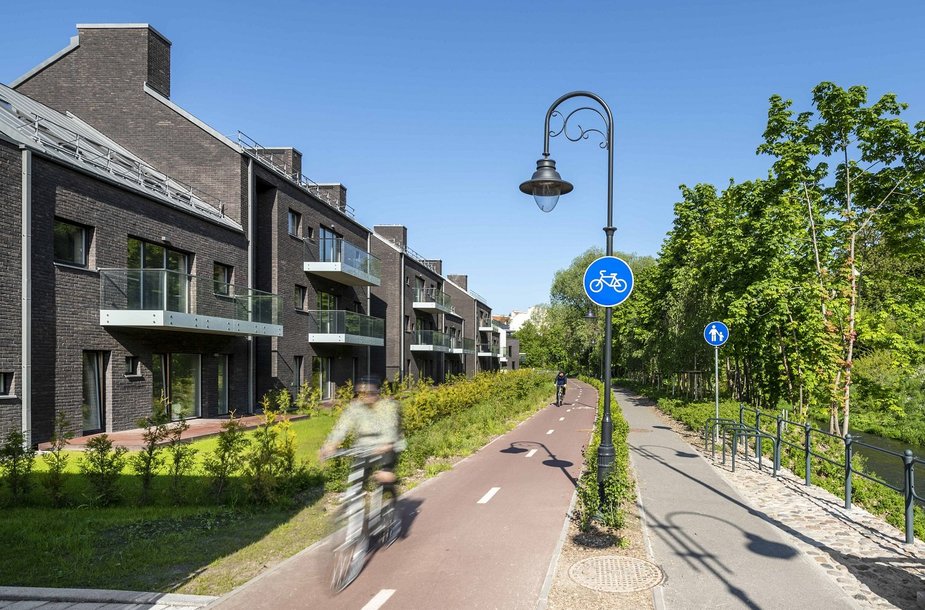 Is it an ambition or a cause of problems to have a well-developed car use infrastructure in Vilnius? This question is raised by urban planners as they look at the results of a survey of the residents of Vilnius. The survey showed that Vilnius residents are satisfied with the well-developed transport network in the city. However, they said that the biggest problem in their residential areas was the lack of parking spaces.

The survey was conducted by the market and public opinion research company Spinter Tyrimai and commissioned by Darnaus Miesto Laboratorija, established by the Darnu Group. Darnaus Miesto Laboratorija is a company providing competences for creating a sustainable environment. The survey was aimed at evaluating the satisfaction of Vilnius residents with their residential areas. The participants of the survey were asked to name the aspects that are most important to them individually when evaluating the quality of a residential area. As much as 80% of survey respondents said that it was the transport network. Almost half of the respondents complained about the lack of parking spaces (48%).

The survey also revealed that Vilnius residents are quite satisfied with the transport system in the city. They rated it at an average of 7.83 points using a ten-point system. It was the highest score compared with other categories of the survey, surpassing the supply of services (7.74), safety (7.24), the planning of residential areas (7.05) and others. 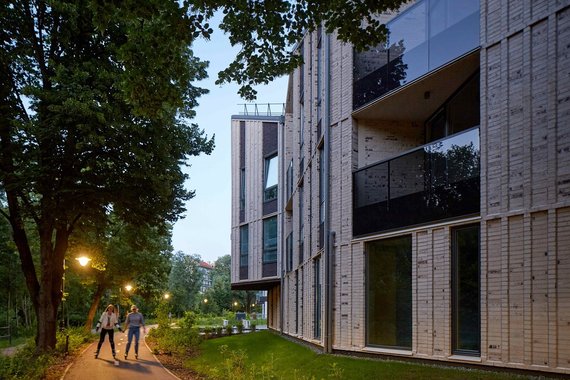 It should be noted that the scores differed significantly when residents of Vilnius were asked to rate parking spaces in their residential areas. Vilnius residents rated this category the worst of all, giving it on average 4.54 points out of 10.

The most dissatisfied with the parking situation in their residential areas was the residents of Naujoji Vilnia (3.72 points), Šeškinė (4.02) as well as the Old Town and Justiniškės (4.08 respectively). Residents of Rasų (5.13) and Antakalnis (5.11) rated this category a bit more favourably. However, the scores of the representatives of all other districts failed to reach 5 points.

When asked what they personally miss the most in their residential area, Vilnius residents again most often named car parking places – they were mentioned by 35% of respondents.

Only 3% of survey respondents said that they missed more convenient public transport, with just 2% saying that bicycle paths should be more convenient.

An advantage or problem?

Experts point out that the high rating of transport convenience shows not only a well-planned street network but also to some extent public transport. The public transport fleet which is constantly modernized, covering a wide urban area, should be attractive to the residents of Vilnius.

However, it seems that urban residents are not inclined to take full benefit of these advantages and prefer using private cars as they make it convenient to get around the whole city quite quickly. According to the urban developer Donatas Baltrušaitis, such a situation gives some advantage but also creates an endless problem.

“Residents of Vilnius prefer using cars. It is the most popular means of transport. You can easily reach any part of the city by car. This is an advantage but at the same time, it is a scourge of the city. The more cars which hit the road the more it costs the city to maintain the entire infrastructure,” says Baltrušaitis.

In his words, the high rating given by Vilnius residents to the transport network of the city and their dissatisfaction with the lack of parking spaces shows that the entire transport system in Vilnius must be further improved. This should be done with the purpose of maintaining an overall balance of spaces.

"If we decide to expand the number of parking spaces, we need to have more space. However, the free space is at a premium, for example, in the Old Town. It simply does not exist. If we give over spaces for cars, then we lose other open or public spaces. Therefore, it is essential to maintain the balance between these options as it is vital for the city as well as its residents,” Baltrušaitis points out.

Urban developer Martynas Marozas suggests that parking spaces in Vilnius could still be enough if another problem was solved more urgently.

“Based on the data of our research there are a lot of unused cars in yards. About a third of them do not move at all, another third is driven once or twice a week and only a third are used on a regular basis. So, we can conclude that a large proportion of the population seldom need a car or replaces it by alternative modes of transport,” emphasises Marozas.

Baltrušaitis notes that judging from the situation of cities that dictate certain trends in urban planning, it could be assumed that in general people are encouraged to use private cars as little as possible and start more actively using the services of sharing economy.

"I think in the near future, people will change their habits – instead of investing, for example, 20%, of their income in the car and its operation they could reduce these costs to some 5% by trying to make their car similar to public transport and use it only when it is vital,” says Baltrušaitis.

According to Mantas Umbrass, asset management head of Darnu Group, some people cannot give up their cars for tangible reasons. However, urban measures can be used to solve this issue: one of these measures is to keep cars in the underground paces of residential areas, while environmentally friendly transport on the ground.

Another urban measure that addresses the need for cars in a broader sense could be the development of multifunctional neighbourhoods. They could meet the needs of the majority population within a small area.

“We used this principle to implement previous conversion projects in Vilnius and now apply it when developing the Paupis residential area. We pay special attention to the diversity of functions so that this urban space meets the needs of most of those who live and work here or visit it. This concept allows people to give up the need to drive around the city because everything can be reached on foot or by choosing healthier and much less fuel-intensive vehicles, such as a scooter or bicycle which does not require parking spaces,” elaborates Umbrasas.

"It is necessary to accept that as long as private cars are the most convenient and infrastructure-friendly option of transport, drivers will not look for alternatives. Presently, the city’s infrastructure is convenient to car drivers. If we want to solve this issue and reduce the problem of the lack of car parking spaces we need targeted investments to help residents give up the need for a car. We must focus on developing the structure of bicycle trips, the quality of public transport, increasing parking rates and introducing ecological restrictions,” suggests Marozas.

“Speaking about Amsterdam, there are very few streets that have two lanes to one side and two to the other. It should be remembered that this is a million population city with huge flows of tourists. This city is doing better. There is no problem to get around as the vast majority of people ride bicycles. Such transport not only contributes to the health and cleaner air but also benefits the city budget. Maintaining the infrastructure needed for bicycles is much cheaper than for cars. I hope that Vilnius will also embrace this concept,” says Marozas.

1 006 residents of Vilnius took part in the survey conducted by the market research company Spinter Tyrimai. They were asked to share their satisfaction with their residential areas.