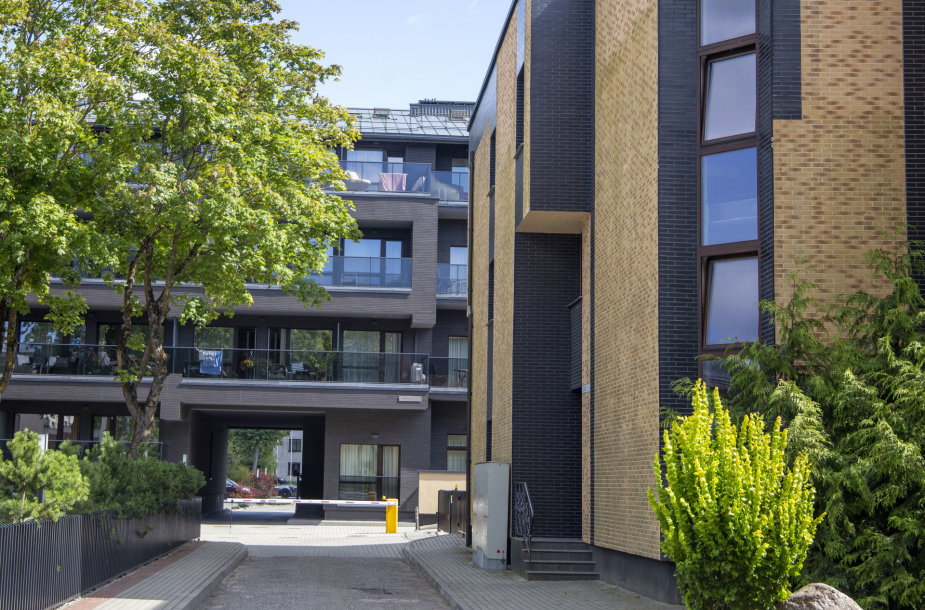 Ernestos Čičiurkaitės / 15min nuotr. / New built houses in Vilnius
Source: 15min
Based on preliminary data from Citus analysts, the number of apartments and terraced houses reserved in Vilnius over the past three quarters has already exceeded the end results of the record-setting year of 2019. The number of reservations then reached 6,178 over the entire year.

Over the first nine months of this year, the capital's developers signed contracts on 6,334 homes (apartments and terraced houses). Over the first three quarters of 2019, 25% fewer reservations were made and in 2020 – 48% fewer. However, according to Citus's real estate experts, the continuously contracting supply has prevented full use of the market's potential.

Over the first month of this autumn, the stock of new homes in Vilnius was supplemented only by two new projects, one more project launching a new stage. Nevertheless, due to rapid sales, the supply of homes declined to a total of 3,711. Šarūnas Tarutis, the head of investment and analysis at Citus, says that he cannot remember this indicator being so low.

"As we observe our projects and the market as a whole, we have discovered that the demand for homes has not decreased, but growing prices and the rapidly decreasing supply of new homes give buyers pause. And why are prices growing so much? Of course, because of the ratio between supply and demand becoming unbalanced. If we are to look at the data from the past four years, I can see that we have never had such a situation before – during this period, the very lowest result exceeded 4,000, and demand was by no means at current levels. In spring, there was a stage where all apartments were being bought out – it was chaos, but it continued to drive the market forward. Today, there are fewer options to choose from, and this is becoming a heavy anchor," the expert observes.

According to calculations by Citus analysts, the average price of one square metre in new apartments (those on offer) increased by 17.5% since the beginning of the year (with 1.8% growth over the last month), but in individual elderships in the city, as well as housing segments, the growth was even higher.

"We now see initiatives from the Bank of Lithuania to reduce tensions in Vilnius housing market because prices are rising faster than they should. However, the planned actions do not fundamentally resolve the situation – only some fairly minor symptoms it presents. It is a complex challenge. Of course, institutions cannot halt the real price of construction work from growing due to increasingly expensive construction materials and work costs. However, there are definitely areas where these decisions are necessary. And they are needed right now," the head of investment and analysis at Citus asserts.

Last week, the Bank of Lithuania announced that it would raise the down payment threshold for non-first-time buyers next year and require loan providers to hold an additional reserve for the housing loan portfolio.

In terms of the central bank's decision, the founder of Citus Mindaugas Vanagas said that he does not think these actions will impact the market situation. Loan issuing institutions already usually request a larger than 15% initial payment from non-first-time buyers. Also, a large proportion of people who do so pay with their own funds.

M. Vanagas explains that it is increasingly lengthy construction permit issuance periods that lead to a lack of supply in the housing market, and so developers cannot offer new projects at the pace that the market could take them in. Furthermore, there exists a vast labour deficit in the sector, and it is becoming increasingly challenging to bring in staff from third countries as of late.

"There is another way, which, I am certain, would help resolve the question of the housing market's temperature and the Bank of Lithuania could directly contribute to it. Living standards are improving in Lithuania, the people are accumulating increasing savings, and individuals are investing in a second home are protecting their money from losing value. The Bank of Lithuania could encourage the emergence of means of investment that would be accessible to regular citizens because the creation of such tools is highly regulated and numerous bureaucratic obstacles are placed in its way," the Citus shareholder says.

He is confident that under conditions of a growing city, strengthening economy, increasing wages, and improving living standards, balancing the capital's market to increase supply would improve the competitive environment and allow price growth to be possibly reduced.

"Overall, it doesn't seem right to me to look at just the price. After all, the most important aspect is housing affordability. What's the point of reducing demand while also reducing home affordability? After all, extra demands on banks to accumulate reserves could increase interest rates for all buyers, and this could worsen affordability metrics, and, in the long term, this could impact the entire housing market," the company's head of investment and analysis, Š. Tarutis, adds.

Over the past quarter, Citus announced an entire three upcoming projects in Vilnius at Visorių, Tyzenhayzų, and Kareivių streets. Sales for the first are to launch already in the coming month, while the others will be made available only after a relatively lengthy period, with an expected sales launch in the first half of next year.

Other fronts more at peace

One hundred six new homes (apartments and terraced houses) were reserved in Kaunas over September, with 915 reservations across this year's first nine months. Last year's results for the same period reached 573 reservations (806 across the year) and 2,019 in 2019 (12-month result – 1,375). Thus, if comparing results so far, the Kaunas market is more active than in 2020, but has yet to reach the high pace of 2019.

One new project was recorded in Kaunas in September, but the temporary capital supply continues to grow stably and reached 1,308 new homes by the end of the month, with the number on offer to Kaunas residents growing by 27%, which is also an increase of an entire 68% since the lowest point in May (779 homes).