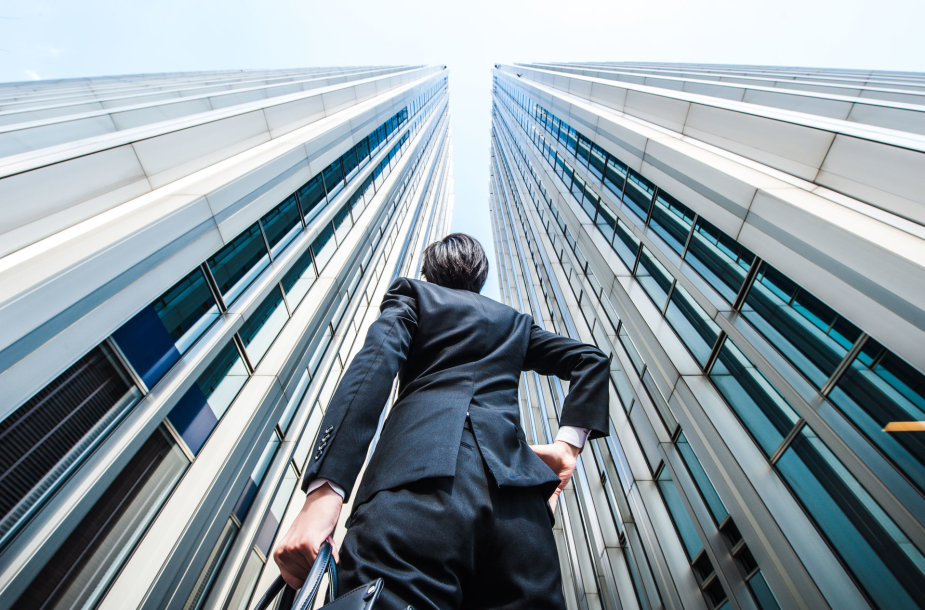 Although in the recent years Lithuanian opinion leaders', decision makers' and society's regard towards business reputation was worsening, this year was marked by a significant improvement.

Lithuanian Business Reputation Survey, conducted for the fifth consecutive year, shows that in 2020, the reputations of six out of ten surveyed sectors rose. The largest positive change was noted in the respondents' views of state-owned companies

The overall reputation index rose to 28 points this year, whereas in 2019, the indicator was only at 22 points. Rūta Gaudiešienė, head of Customer Centric Consultancy, the company that conducted the study, notes that compared to the economic crisis times of 2009, companies met the COVID-19 outbreak crisis having fundamentally changed. This is reflected in the survey's results.

"Implementing the study and interviewing respondents, we saw that over the course of a decade, businesses have become far more mature and maintain far more solidarity. It was often emphasised that companies began to cooperate more, caring not only for themselves, but also for their staff, society at large, as well as the state, stating that it is only possible to overcome this crisis by acting together and helping one another. The results of this year's reputation survey clearly indicate that businesses went through this storm with their heads held high, which is clearly indicated by the decision makers and opinion leaders evaluations," R. Gaudiešienė comments.

Increased reputation through responsibility and activity

The Lithuanian Business Reputation Survey is performed by the communications agency Fabula Hill+Knowlton Strategies together with Customer Centric Consultancy, the association Investors' Forum, and the Marketing Association of Lithuania.

According to the survey, over the past year, alongside the reputation of state-owned companies, the largest reputation improvements were of retail chains, pharmacies IT&T and biotech companies, as well as banks.

"The pandemic impacted various sectors in differing ways. However, some were active in resolving challenges, while others were only passive observers and avoided taking initiative. This is reflected in the evaluations. For example, active communications by the retail chains, pharmacies and banks communicating led to strengthening of their reputation. . Meanwhile, the less noticed agricultural sector proceeded on a downward trend. Respondents traditionally remained especially critical of company groups, which should be far more open," Raminta Rimkienė, executive director at Fabula Hill+Knowlton Strategies, concludes.

Respondents believed that the biggest impact on reputation occurs through transparent and honest operations, as well as caring for staff. The researchers highlight that this year saw the first time the influence of company financial strength growing – being able to organise and successfully continue operations, and grow despite challenges is an important factor during this tense period. Opinion leaders and decision-makers also greatly valued business efforts to not raise service and goods prices, and satisfy consumer needs during this difficult time.

The general public, opinion-leaders and decision-makers were the most favourable of the operation of the State Tax Inspectorate and Vilnius city municipality during the COVID-19 crisis. Survey results also show that people believe that the cabinet handled matters of pandemic containment more effectively than the economic crisis sparked by the pandemic.

"Institutions faced significant criticism, but it can be said that they essentially passed the pandemic exam. The actions of the State Tax Inspectorate and its initiative in offering aid to companies suffering from the COVID-19 outbreak is one of the inspiring examples of institutional engagement. Of course, we must note that while the economy and innovations perform an important role in overcoming the crisis, the ministry tasked with this domain has lately been the least visible, which is also evident from the survey results. It is the view of the public and its leaders that the state's reputation is significantly influenced by the next steps its institutions and leaders will take in order to help the country's economy and businesses recover," says Rūta Skyrienė, executive director of the Investors' Forum association.

Over 1,800 respondents were interviewed for the survey, and they were split into three groups: 1,007 respondents from among the general public, 532 opinion leaders (experts, bloggers, and journalists) and 278 decision makers (the heads of the largest Lithuanian companies, business organisation or association heads, news media owners, and ambassadors).

The survey looked into the respondents' views of companies – whether they are perceived as having a good reputation, and whether they are respected and trusted. Also, the key attributes of reputation were studied: products and services, clients, their needs, fair wages and caring for staff, business success, financial indicators, business ethics, consistent social activity, and innovation. A company's reputation index was calculated on the basis of the attribute evaluations.