Expansion of the deposit system: Do we really all want to work as waste collectors? 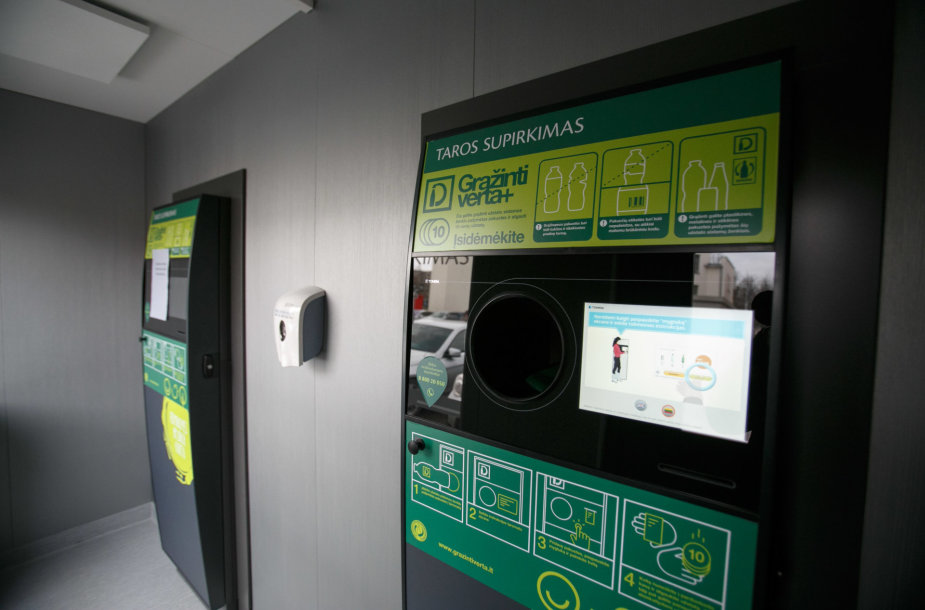 Eriko Ovčarenko / 15min nuotr. / The vending machines in Kaunas
By: Kęstutis Pocius
Source: 15min
Those proposing to include all glass and even more plastic packaging in the deposit system fail to mention what this would mean in practice. This would not only be a burden on consumers of hundreds of millions that would undermine the current waste management system – it would also force every inhabitant to become a waste collector, accumulating dozens of kilograms of space-consuming, unpleasant-smelling packaging and dragging it back to the store.

Proposals have been registered at the Seimas again to expand the deposit system to include virtually all glass packaging, as well as even more plastic, such as milk or yoghurt packaging. This is already the fourth such proposal in the past few years. All of the projects of a similar nature that have been submitted to date have been rejected, and for good reason. Let’s talk about those reasons.

Glass is heavy and takes up a lot of space

In Lithuania, more than 190,000 tonnes of primary packaging are released on the market every year (2019 data). Almost a third of them – some 62,000 tonnes – is glass packaging. The bulk of this is made up of beverage bottles, as well as jars and other glass packaging. For comparison, the deposit system currently collects about 25,000 tonnes of packaging per year. So the assumption is that each resident will collect almost three times more waste and bring it back to the store.

In addition, the current reverse vending machines are not designed for this, so the entire existing infrastructure would have to be replaced. This would certainly not be an efficient use of funds and there is no doubt that the functioning of the deposit system would become more expensive, which would directly affect prices. According to a study commissioned by the Ministry of Environment, expansion of the deposit system would cost EUR 120 million, which would ultimately be shouldered by consumers. 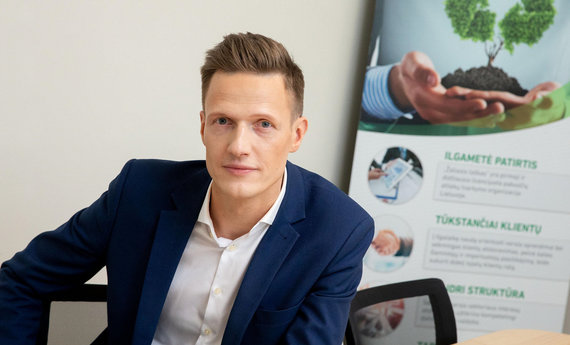 Not to mention the increased carbon footprint that this whole delivery of waste back to the stores would cause – after all, few people will be able to store and transport it in large quantities.

Glass packaging is currently being handled in a container system, the consistent development of which is yielding tangible results. According to our data, 10 per cent more glass packaging will be collected in 2021 than in 2020. This means that people are recycling more.

It is worth noting that glass recycling containers are available on approximately 80 per cent of private holdings, whose residents properly recycle 100 per cent of their glass packaging in their own yard. In the coming years, the infrastructure is planned to be expanded to 100 per cent, i.e. for all residents to have recycling containers at their disposal. However, instead of investing in solutions that would improve the collection of glass packaging from blocks of flats, lawmakers want to erase the container packaging waste management system that took years to develop as well as the progress made, and force residents to turn their homes into waste warehouses and recycling bases.

Meanwhile, 400,000 recycling containers that over EUR 8 million have already been invested into would suddenly become waste, which doesn’t sound like the most environmentally friendly solution.

The first proposal to expand the deposit system was made back in 2017. And in 2018, a comprehensive independent study commissioned by the Ministry of Environment showed that such a solution would be ineffective. Although the expansion of the deposit system could lead to slightly better glass collection rates, the development of the container system would also help to achieve the set goals. With six times lower costs. Despite these findings, two more proposals to expand the deposit system have appeared in the Seimas since, and are becoming something of a tradition – like a promotion or a seasonal sale.

In the spring of this year, the Seimas adopted a strategic decision to improve and strengthen the container waste management system by handing over its organisation to municipalities. Representatives of manufacturers and importers, in turn, were tasked with announcing tenders and selecting sorters and recyclers. This, of course, requires a clear knowledge of the quantities of packaging waste – including glass – that the sorters and recyclers will have to take care of. And now, just a few months after the strategy being adopted, we’re talking about a change in the opposite direction – the Committee on Environmental Protection is planning on returning glass handling from municipalities to business, and is preparing to remove a third of all packaging from the container system.

Coherent work is currently under-way in a working group of the Ministry of Environment to decide how to improve the quality of the packaging collection system. We have proposals that would actually improve the situation, solve existing system problems, and effectively increase collection rates. After spending hundreds of hours in meetings and working groups, knocking on office doors, discussing, writing dozens of letters, and conducting economic and social assessments, we are finally finding reasoned solutions that would suit all the parties involved.

After all, businesses want to take care of the packaging they put on the market themselves, and people want to get rid of waste and have a targeted desire to do so as conveniently and easily as possible. So if we’re saying that we’re doing everything for the greater common good, then let’s look for it.

But then, someone at the Seimas will once again propose the simple but ingenious idea of expanding the deposit system.