Politics
Illegal migration: what is being done in order to contain the crisis?

Politics
Riot next to the Seimas: why did G. Nausėda stay silent a little longer?

Less than a tenth of companies motivate employees with life insurance 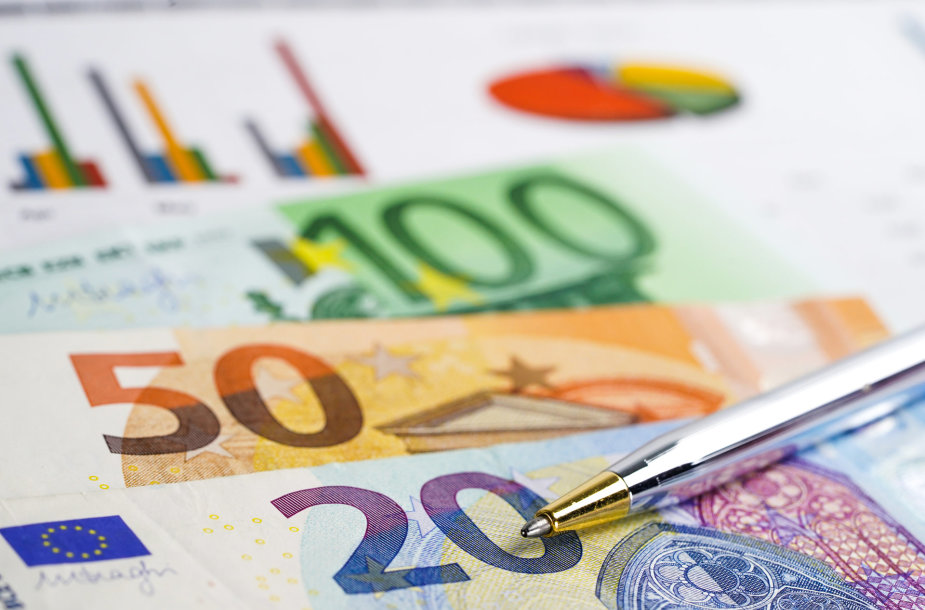 123RF.com nuotr. / Euros
Source: 15min
The lockdown and the resulting crisis that has enveloped certain business sectors have essentially not changed the opinions of businesses, which think that life insurance is an effective incentive for employees. However, its potential in Lithuania is not yet realized.

According to data from the Lithuanian Life Insurance Companies Association (LGDĮA), over the first five months of this year, more than 9.5 thousand companies contributed to accumulating funds for their employees' future through life insurance. Among them, more than 6 thousand companies have chosen to make payments via their employees' personal accumulative life insurance contracts, while the rest have formed life insurance contracts where the beneficiary is the employee.

In total, over the first five months of this year, there were around 26.5 thousand employees in Lithuania whose employers made use of accumulative life insurance as an incentive.

Employers' long-term financial and motivational incentives paying their employees' life insurance premiums are mutually beneficial for both employers and employees.

"People are increasingly concerned with ensuring their financial welfare, and so the involvement of employers in accumulation has vast potential. So as to retain employees for a longer period of time, forward-thinking companies apply long-term motivational measures such as share stock options or accumulative life insurance agreements with insurance coverage, which help accumulate extra funds for the employees' future," the president of LGDĮA Artūras Bakšinskas says.

However, the tradition of paying life insurance premiums on an employee's behalf is struggling to take root in Lithuania. According to data from the Department of Statistics of Lithuania, there were 108,258 companies in the country in early 2021, which means that 8.78% of businesses have so far chosen to pay the premiums for the benefit of the employees. This trend hasn't changed for some time now.

While insurers do observe more concern among Lithuanian people in looking after their financial futures, the general level of financial literacy is not high in our country, which calls for more active education of the public.

Employees should request it themselves

One of the companies that has provided their employees with investment life insurance is UAB Coherent Solutions. Lina Šiumetė, the general manager of the Lithuania-based Coherent Solutions centre, says that the company's benefit basket is based on the approach that the company is only as strong as its staff are. To perform their best, they need security now regarding the future and growth potential. Therefore, the company's basket, in addition to particularly flexible health insurance, a long-term holiday option, and a training centre for elevating service competencies, also spans an investment life and accident insurance.

Due to positive feedback from the staff at the company's Lithuania office, a number of Coherent Solutions offices in other countries are also considering beginning offering such benefits.

L. Šiumetė believes that in order to popularise the idea of motivating employees in Lithuania via life insurance, it is first necessary to educate workers so that they would themselves request this benefit from their employer.

"Employees should ask for the basket granted by their employers also to include products which are oriented toward family welfare, investment in the future, and the aim of better guarding against unexpected circumstances. In developed countries, investment and accumulation for the future are a key part of income and social welfare among older age groups, something that Lithuania still needs to learn. Thus, insurance products offer a straightforward means of investing in one's future in this regard," L. Šiumetė says.

Just like with pillar II pensions, education would be a boost

A. Bakšinskas agrees that more active involvement by employers could be spurred on by educating employees and the labour councils or trade unions that represent them on how this is an opportunity to receive life insurance premiums from employers to the employees' private contracts and thus accumulate funds for larger staff pensions in the future.

State institutions could more actively educate the public on questions of involving employers in matters of pension accumulation, just as is done regarding pillar II pensions.

"The employers' contribution to extra pension accumulation should be just as much of a strategic goal for the state as is every employee's individual participation in pillar II pensions. While the state implements pension reform, it is clearly indicating that the predicted part of the pension paid by the state based on prior income will only decline, and so it is necessary to encourage citizens to leverage extra accumulation; employers could be the state's social partners in this," A. Bakšinskas notes.