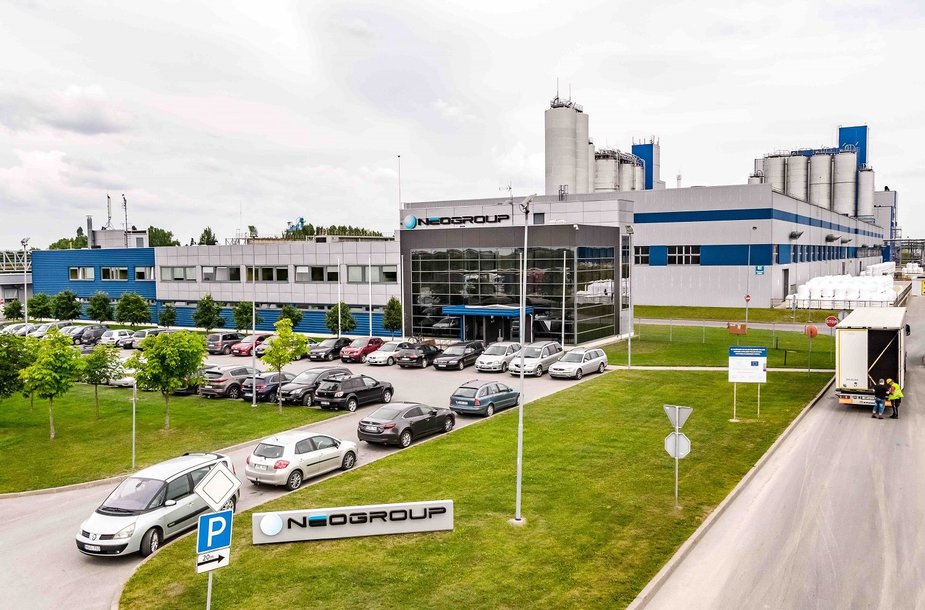 Based on audited data, the 2019 earnings of UAB NEO GROUP, which manages one of Europe’s largest PET resins factories that is based in the Klaipėda Free Economic Zone, reached EUR 508.7 million or 6% less than a year ago.

Despite this result and the uncertainty on the market imposed by the pandemic, NEO GROUP is not changing its prior investment plans in scientific research, recycling technologies, green energy and market education.

The largest impact on NEO GROUP’s reduced turnover was based on last year’s drop in the prices of raw materials used by the company, this being reflected in the pricing of many PET producers. On the other hand, having already completed a third production line project worth EUR 50m in 2018, last year the NEO GROUP utilised the new capacities and increased its production output by 14%. More than three-quarters of the production was exported with the majority (85%) being sold on the EU market.

“With the exception of a short logistics chain interruptions this spring, we are continuing our production at full capacity because our product is an important part of the food industry. Consumers, during this period of the pandemic, are looking for safety and longer shelf-life products. We seek to maintain stable, continuous operations, satisfy market demands and ensure maximum safety for both our staff and partners. A sense of uncertainty lingers on the market, but we have not cancelled ongoing or previously planned investment projects in green energy, post-consumer packaging recycling technologies, circular economy or market education,” R. Radajevas states.

At the end of this year, NEO GROUP plans to launch a 1 MW solar power plant. Already previously, developing an effective and sustainable use of resources strategy, the company has moved to renewable energy: green energy is used for production processes and most of the heat is generated by burning solid biofuels.

In the second half of this year, the company plans to present and launch commercial production of an advanced recycling technology of secondary PET material, which has been developed in the last few years and should help to reduce the use of fossil raw materials in production.

Over the past years, the company has been cooperating with Klaipėda’s Baltic High School’s engineering class, giving the possibility for the participants to spend the academic year exploring the production processes of polyol – a material made from recycled plastic – used in the construction industry. NEO GROUP has also participated in the development and ranking of engineering studies programmes in universities, the company has been regularly organising excursions for youth and community representatives. The company plans to continue all these and other initiatives in the fields of circular economy promotion and market education.

“One of the biggest challenges in our market over recent years has been public opinion on plastics. Society is inclined to lump all types of plastics into one, although the PET we produce is one of the few fully recyclable plastics with a well-developed collection infrastructure in Europe and the lowest environmental impact in terms of the entire package’s life cycle. Nevertheless, there is still a lack of secondary PET in the market suitable for recycling and use in the food industry, so we will promote both consumer awareness and continued development of the sorting system, as well as continue to invest in the research and development of new recycling methods,” R. Radajevas says.

According to him, NEO GROUP understands global environmental challenges and supports the solutions to resolve them.

“Currently, consumers and governments would do their best to contribute in ensuring plastic waste is sorted and converted into raw materials in all possible ways. Our company is committed to placing a supreme effort into further improvement of packaging recycling and increased use of secondary raw materials in production. A recycled PET products will always be far more environmentally friendly than non-recycled ones and would best comply with the principles of the circular economy,” the head of NEO GROUP says.

UAB NEO Group is one of the largest producers of polyethene terephthalate (PET) granules in Europe, established near Klaipėda Seaport. Having started operations in Lithuania in 2004, up to now, the NEO GROUP factory is the largest greenfield investment in Lithuania. Currently, each year the factory produces over 450 thousand tonnes of PET granules, 14% of total European production, which are destined for the production of food and beverage packaging.