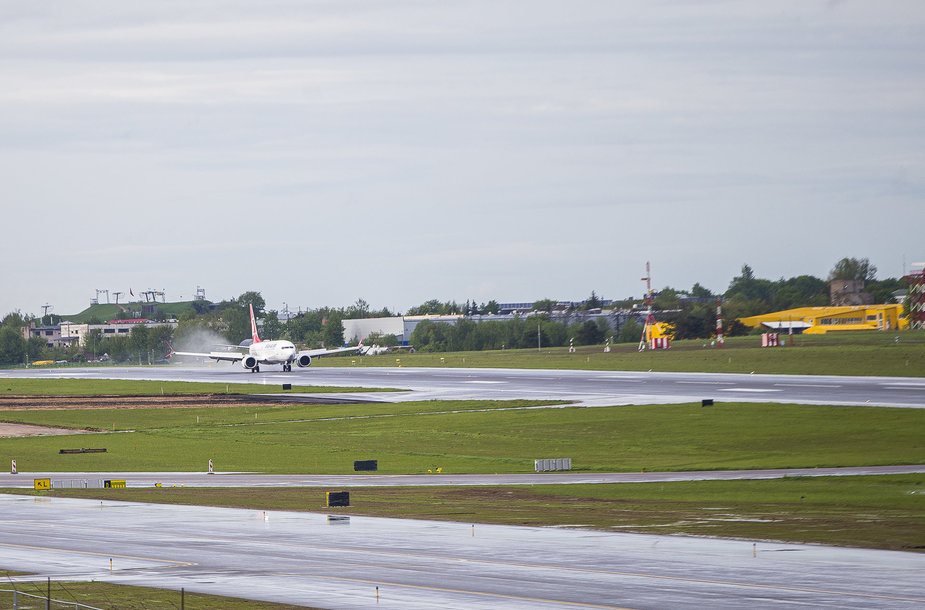 Roko Lukoševičiaus / 15min nuotr. / Vilnius Airport
Source: 15min
Lithuanian airports combining three air gateways in Vilnius, Kaunas and Palanga record a rapid recovery of passenger aviation. Compared to the first quarter of 2021, the number of passengers more than doubled and the supply of flights was 71% higher in the second quarter.

Higher number of those who want to travel

During this period, the significantly increased supply of flights has been observed. It is estimated that three gateways of the country had 71 per cent more flights than in the first quarter of the year – 7.1 thousand, compared to 4.1 thousand.

According to Aurimas Stikliūnas, the Head of the Division of Aviation Services of Lithuanian Airports, the rapidly recovering demand for flights, the number of resuming routes is significantly contributed by simplified travel conditions: since 1 July, the Digital COVID-19 Certificate has entered into force throughout the European Union (EU), clearer and increasingly simplified travel conditions are being applied in many countries.

The flight restoration strategy chosen by Lithuanian Airports, which focuses not only on restoring supply but also on restoring demand, especially for holiday travellers, who have been the fastest-recovering segment of travellers since the beginning of spring, also had a major boost to the recovery of activity scopes.

It is recalled that already this July about 80 direct flight destinations will be operated from and to Lithuanian airports, for comparison: more than 90 destinations were operated in the record year for passenger aviation 2019.

Statistics of the first half of the year

Compared to the first half of 2020, passenger numbers decreased by 58% this year to 479.2 thousand passengers during the corresponding period. During this period, the number of flights was a quarter lower, reaching almost 11.3 thousand, when a year ago this figure exceeded 15.3 thousand. 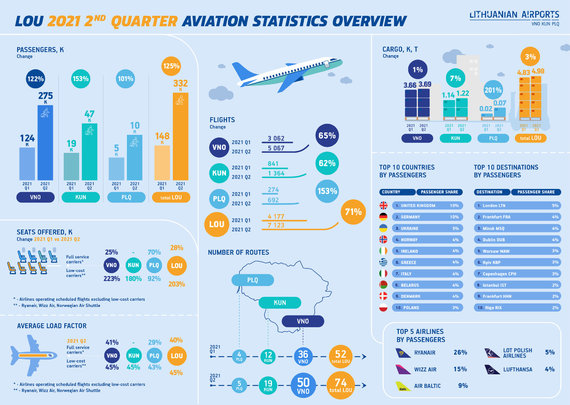 The minimum change was observed in the number of air cargoes. Compared to the first half of 2020, their volume decreased by 3.88 per cent and amounted to more than 9.7 thousand tons.

"Looking at the figures for six months, it should be remembered that January and February 2020 were still the normal or pre-pandemic months of aviation flows, which led to better comparative results. The beginning of this year was a little more complicated, but the sudden recovery in flight supply and demand that began later does not stop growing now, which makes it reasonable to expect ever-improving indicators", says A. Stikliūnas.

According to the aviation expert, although it is difficult to predict the results of the second half of the year due to dynamically changing circumstances, there are sufficient signs of positive trends.

"Although the past year has shown the need for caution in forecasting, we are looking positively at the second half of 2021. It is obvious that the travel process in the countries is noticeably simplified, especially for those vaccinated under the full vaccination scheme. Therefore, if similar trends in demand recovery continue and another wave of pandemics does not freeze Europe in the autumn, the recovery in aviation in general and in Lithuania should remain rapid. We have no doubt that increasingly favourable conditions for travel, equal treatment in countries and people's desire to travel will be factors determining further recovery", says the Head of the Division of Aviation Services of Lithuanian Airports.