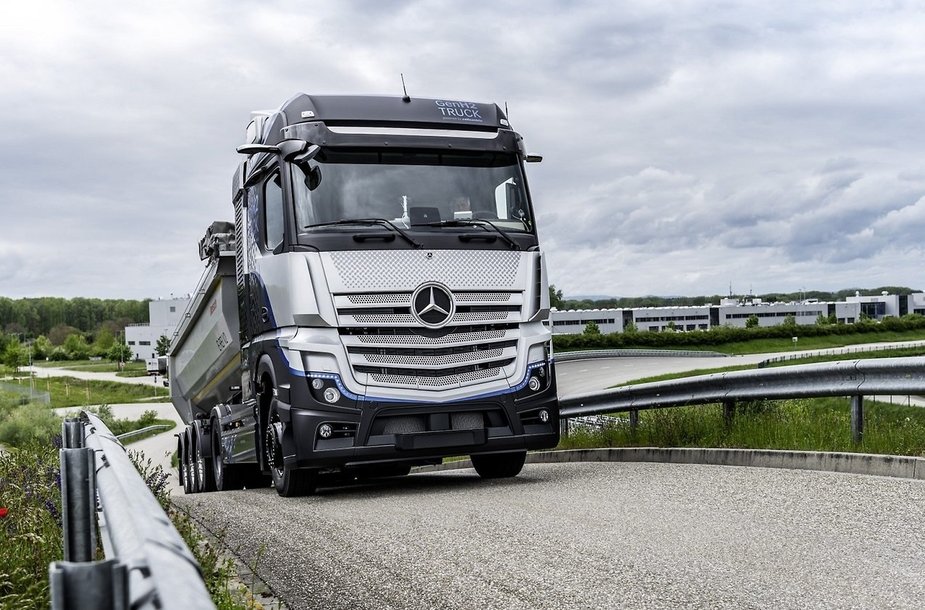 Mercedes-Benz fuel-cell truck prototype. Daimler
By: Press release
Source: 15min
Over the coming decade, the largest heavyweight electrical vehicle infrastructure is to be established in Lithuania, spanning a network of 900 charging stations.

This is the goal envisioned by the European Automobile Manufacturers Association (ACEA), which has been urging the European Commission to establish a wide-ranging heavyweight electrical vehicle infrastructure network across the entire EU by 2030 as a matter of urgency. The organisation bases its call on the European Green Deal on a climate-neutral and sustainable economy.

Based on the heavyweight electrical vehicle infrastructure map compiled by the ACEA, Lithuania and Poland are viewed as leaders in freight transit in central and north-eastern Europe. The proposal suggests 2050 charging stations in Poland, 900 in Lithuania, 850 in the Czech Republic and 600 in Hungary by 2030.

According to the head of the International Transport and Logistics Alliance Povilas Drižas, businesses are awaiting the implementation of alternative fuel infrastructure. They are, in turn, prepared to invest in a fleet of heavyweight electrical vehicles.

“It is predicted that over the coming decade, the number of electrical lorries is to increase in Europe vastly, and so we must begin now to plan the creation of a network for heavyweight vehicle charging infrastructure in Lithuania,” says Povilas Drižas. 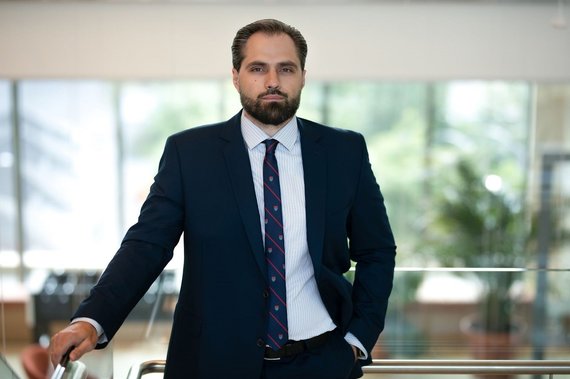 He notes that in the context of the country’s transport and logistics business growing sustainably, it is already holding leading positions in Europe. Based on Eurostat data, every second lorry registered in Lithuania is not older than three years old, and only Germany and Luxembourg surpass Lithuania based on this indicator.

ACEA data indicates that by 2025, there will be 40 thousand heavy freight electric vehicles in use across Europe, and by 2030 this number will increase to 270 thousand; however, there is currently no infrastructure for the charging of electrical freight lorries. Furthermore, due to their greater power and energy consumption, heavyweight vehicles cannot make use of existing infrastructure, which is adapted to cars.

Considering the increased power needs of heavyweight transport, accumulator charging stations are expected to feature three power categories: up to 350 kW, 350-500 kW and above 500 kW. Alongside the environmental conservation organisation T&E, ACEA has formulated goals linked to electrical and fuel element lorry charging infrastructure across the entire EU. The organisations have calculated that by 2025, the EU should have installed 11 thousand electrical lorry charging points, and this network should grow to 42 thousand by 2030.

According to ACEA, while implementing the European Green Deal, the Alternative Fuel Infrastructure Directive (AFID), which ensures the rapid creation of heavyweight vehicle infrastructure, will be reviewed.

Based on the European Green Deal, the aim is to transition to a climate-neutral economy by 2050, reducing the output of greenhouse gas emissions by up to 95 per cent when compared to levels seen in 1990. However, the transport sector, which releases a third of all greenhouse gas emissions, are expected to find this a major challenge.

To ensure that by 2025 and 2030, the EU’s member states host sufficient numbers of charging locations and that the reviewed AFID should establish mandatory goals for each member state.