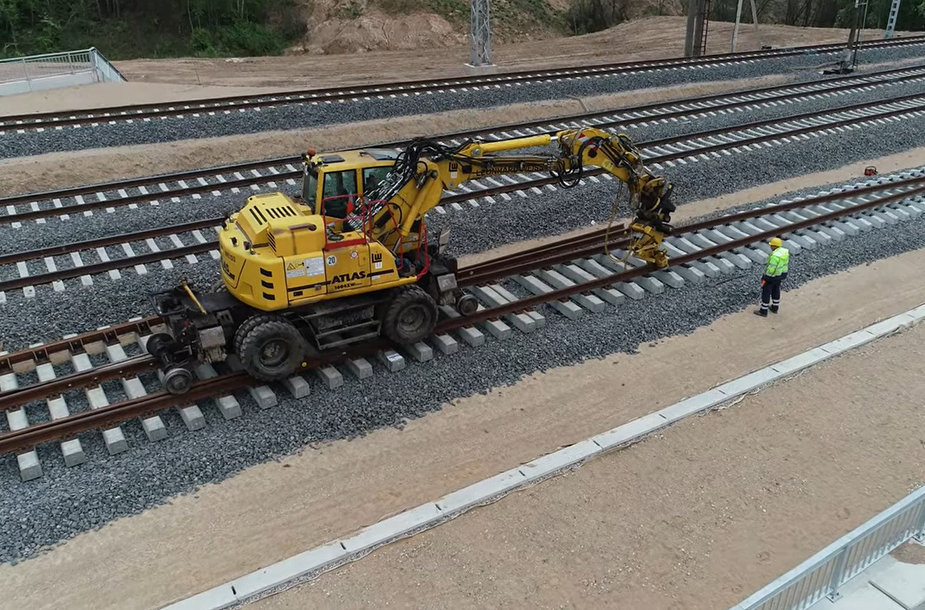 A specialist team from UAB Sweco Lietuva and DB Engineering & Consulting GMbH hired by AB LTG Infra has selected four alternative routes for the Rail Baltica railway from Vilnius to Kaunas, with one of them being chosen as being the best match for meeting transportation needs, and as having the lowest environmental footprint.

“In total, seventeen alternative routes for the new Rail Baltica line between Vilnius and Kaunas were considered for having passenger trains course far more rapidly than currently, making the journey between Vilnius and Kaunas last 35 minutes. At the start of next year, with environmental impact evaluations and multi-criteria and cost-benefit analyses performed for four potential alternative lines, the optimum variant will be chosen and we will begin preparing for the implementation of this railway line,” LTG Infra CEO Karolis Sankovski says.

According to the head of LTG Infra’s project development unit Remigijus Šimkus, the selected variants are very different, and so the decision will depend on the results of the multi-criteria and cost and benefit analysis results, which will later be presented to the Ministry of Transport and Communications.

“We hope for the multi-criteria evaluation and cost-benefit analyses to answer the question of which of the railway line alternatives in consideration are the best fit for transportation needs. One of the alternatives located more to the south would pass through less urbanised territories, but the route would also be longer. There is also an option of laying down the Rail Baltica line through Lentvaris, Vievis and Kaišiadorys so that local residents could also quickly reach the major cities,” R. Šimkus says.

When considering alternatives, future transport infrastructure is also considered, and connections are envisioned to reach a planned new airport near Žąsliai. Environmental footprint and engineering infrastructure evaluations will also be prepared for potential lines.

“The main requirements presented to the planners are to outline alternative routes where a railway could be laid down that is in line with 249 km per hour passenger train speed levels. The current railway line allows passenger trains to reach speeds of up to 140 km per hour,” R. Šimkus says.

The final concept alternative of the Rail Baltica stretch between Vilnius and Kaunas, including railway roads and stations, is planned to be approved by the Ministry of Transport and Communications in February next year. Specific solutions will then be outlined for the engineering infrastructure plan currently in development, land use for the railway and its infrastructure will be evaluated. Later on, land purchase for public needs procedures will be initiated.

The entire Rail Baltica line is to be completed by 2026.

According to R. Šimkus, the current 1520mm gauge railway line will not have to be dismantled upon laying down the new tracks and can remain in use.

Rail Baltica will be a European standard gauge railway, but Lithuania has a railway line to Belarus, through which trains arrive all the way from China, and so the 1520mm gauge railway will remain important for the needs of cargo trains which are less focused on rapid speeds,” R. Šimkus says.

Rail Baltica is the largest railway infrastructure project in the Baltic States’ history. Throughout its implementation, an electrified European gauge railway lined will be laid down, connecting Warsaw, Kaunas, Vilnius, Panevėžys, Riga, Tallinn and Pärnu.

The combined length of the Rail Baltica line across the Baltic States is 870km: 392km in Lithuania, 265km in Latvia and 213km in Estonia.

In Lithuania, the European gauge railway line will pass from the Polish-Lithuanian border to the Lithuanian-Latvian border. In Kaunas city, passenger trains will enter Kaunas railway station, while cargo will travel through Palemonas toward Riga and Tallinn. The Rail Baltica project also sets out a separate railway stretch from Kaunas-Vilnius. The project is valued at 5.8 billion euros and is the largest investment aimed at improving mobility and travel opportunities, developing business, tourism and the exchange of goods in the region.