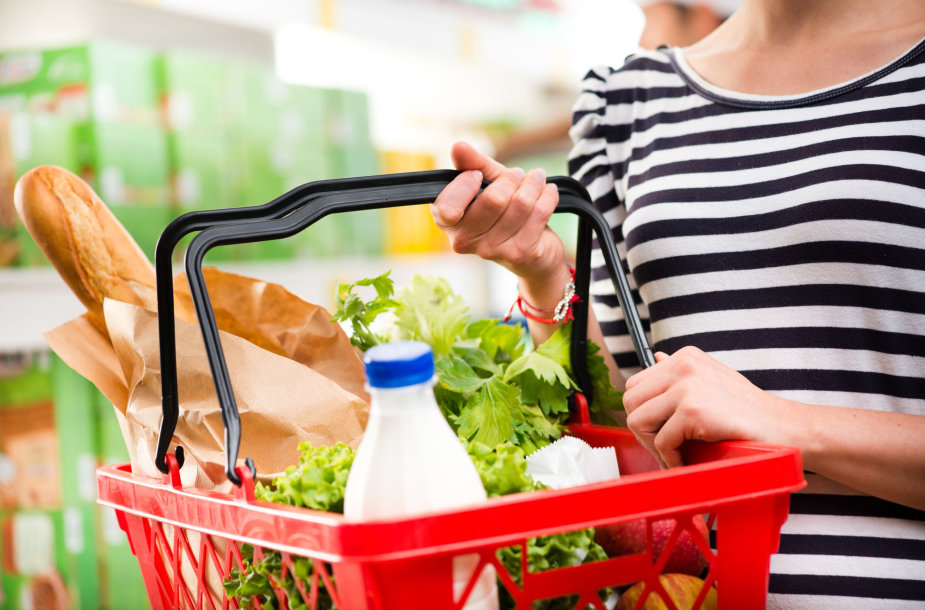 For the retail sector, the beginning of the COVID-19 pandemic in 2020 meant emptied shelves and an incredible demand for toilet paper, cereals and pasta. With the initial panic over, shoppers are now adopting a more practical approach and have been visiting stores more frequently during the second wave.

And yet, despite online shopping offering an alternative during the times of the most severe restrictions, it did not result in a miracle, and physical stores remain the primary place for shopping.

NielsenIQ Baltics, a market research company, monitoring consumer behaviour in Lithuania during both lockdowns, concluded that most shoppers continue to purchase groceries and other essential goods in stores at least once a week.

“Weekly shopping could be seen as the main activity, continuing to be at consistently high levels throughout the period surveyed. In April, 85% of Lithuanians visited a physical grocery store at least once. The number hovered around 84% in May, increasing to 93% in November and early December. This shows that the importance of physical stores to the public is huge, and there is more than one reason for this,” says Ilona Lepp, head of NielsenIQ Baltics.

Factors such as long-standing habits, the convenience of shopping, IT skills and real opportunities to benefit from the most advanced contact-free shopping methods all play their part in consumer choices. It is important to bear in mind that groceries can be ordered for home delivery or collection from the store in larger cities only.

The elderly – not the most loyal shoppers

I. Lepp notes that it is impossible to single out one particular group within the public, which has avoided physical visits to the shops during the pandemic. It is also incorrect to assume that wandering around a shopping centre is the only means of entertainment for the allegedly most vulnerable elderly individuals. In fact, the survey data points to the contrary – it seems that older people, similar to students, are less likely to shop in physical stores.

“These two groups of people are actually quite unique. Students make one of the most IT-savvy parts of the population. However, they were not necessarily living separately from their families during the pandemic, so the burden of everyday chores may have been reduced. Meanwhile, the elderly were offered assistance from volunteers and urged to remain at home. As a result, 89% of students and 90% of the elderly visited physical stores at least once a week during the months of autumn and winter 2020. This was the lowest proportion amongst all professions and occupations,” says I. Lepp.

Among those shopping most often at the start of the second wave of COVID-19 were retail sector staff and workers – 95% of each group visited a store at least once a week. Right behind them were the unemployed (94%) and management-level professionals (93%), also office staff and housewives – 92% each.

No serious counterbalance from e-commerce

Food and other everyday goods were mostly bought online by Lithuanian consumers during the first lockdown. In April, 24% of customers would make an online purchase at least once a week, while almost every second would do so at least once a month (45%).

“The peak in online shopping seen during the first lockdown was not repeated during the second wave, and the number of online shoppers has gradually settled down. When the second lockdown began, the number of individuals buying food and other goods online to be delivered to their homes once a week fell by 7%, down to 17%, while every third consumer did the same once a month, which is a decrease of 12%. The retail sector has actively invested in online sales and tried to attract as many customers as possible. But despite the effort, this particular sales channel has been unable to repeat the success seen in the spring of 2020,” I. Lepp concludes.

According to the head of NielsenIQ Baltics, the fact that the online channel has found its customers is a positive sign.

“A variety of shopping channels encourages investment in new, modern technologies, increases competition in the market and offers more convenience for consumers. The pandemic and the resulting tight restrictions on physical contact became something of a catalyst to start dedicating more attention to alternative sales opportunities. While they did not take over physical shops, these alternatives have found their customer and are displaying a significant potential for future growth,” says I.Lepp.