The solar module manufacturer Solitek has become a partner for the Car of the Year elections, which have been held for the past 25 years in Lithuania. This is the second year in a row that the decision has been made to contribute to the elections, and according to Solitek representatives, the main reason to become an essential part of this event is the company’s innovations in the renewable solar energy domain, which are also intended for electric cars.
Source: 15min 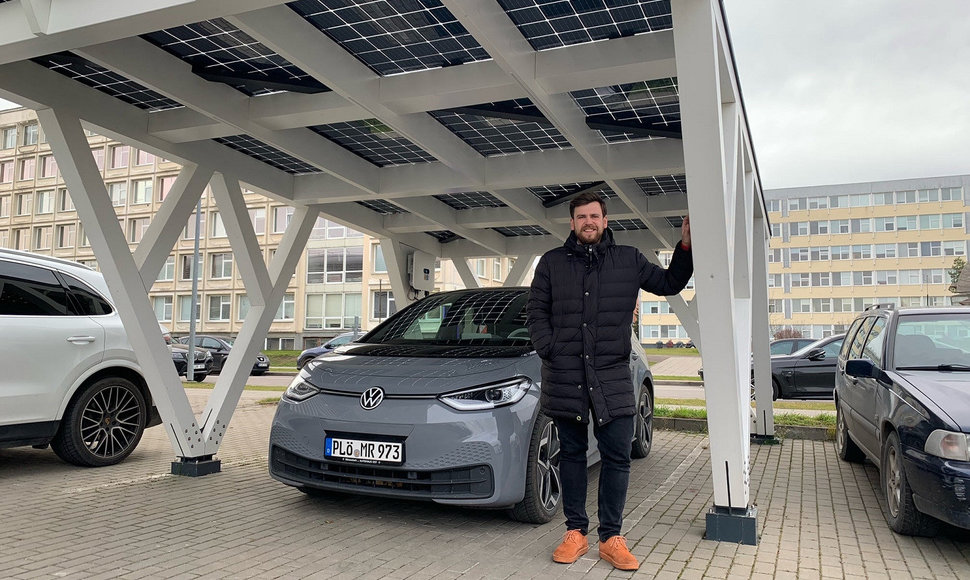 Last year’s experience shows that an electric car is becoming an increasingly popular and everyday use vehicle. We are glad that the innovative solutions we create in relation to renewable electricity help facilitate the everyday lives of electric car drivers. The carports with integrated solar power plants, introduced to the market a year ago, have become a popular solution for electric car owners not only in Lithuania but also abroad,” Solitek’s head Julius Sakalauskas says.

Solitek can set up not only carports or solar power plants but also electric Car charging stations and ensure that everything in the home and office will function suitably while resulting in minimised energy losses. The company has been actively researching how solar energy could be more effectively leveraged for electric vehicles over the past few years.

Other than the carports mentioned above with integrated solar plants, the company’s team and its partners have been actively researching and improving on special IBC solar elements, which could be integrated into electric vehicles in the near future.

Research indicates that the current trial electric car solar modules can generate enough electrical power on a sunny day to travel around 34 kilometres.

Based on data from the statistical platform Statista, interest in electric vehicles has been increasing around the world. It has been calculated that in 2019, they numbered 4.8 million vehicles, while in 2020, the number had risen already to 6.9 million. The number is expected to continue growing intensively.