In the run-up to Eastern Partnership summit, EU might suspend visa sanctions against Belarusian foreign minister 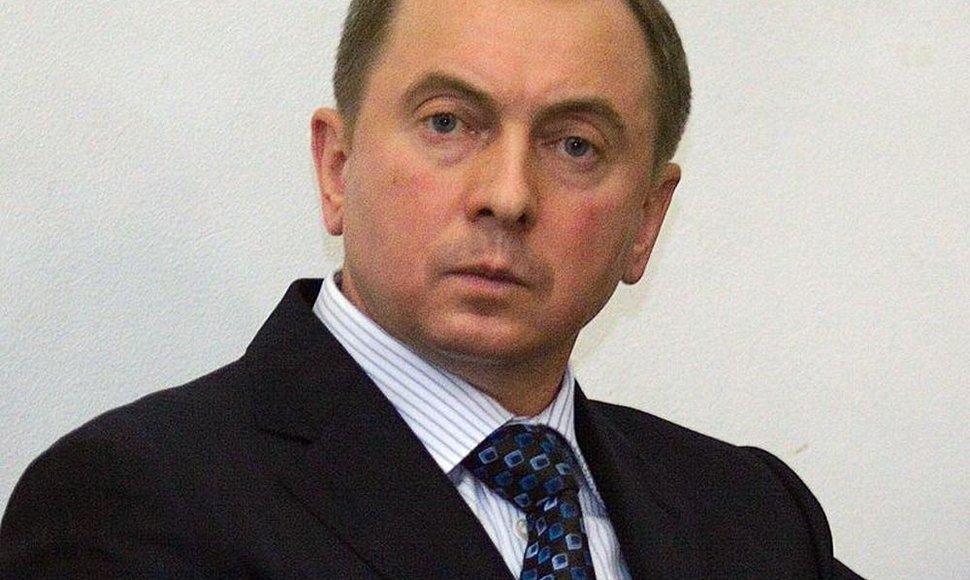 The official underlines, however, that such suspension of sanctions would be temporary and regularly reviewed. According to Krivas, the issues of representation of Belarus at the forthcoming Eastern Partnership summit in Vilnius in November remains open.

"Internal discussions are really taking place in the EU, and member states are getting closer to an agreement on the need to suspend Vladimir Makey's presence on the list of people with EU sanctions in place against them if the EU wants to preserve communication channels with Belarusian authorities. Such suspension is possible for the term of office of Makey as minister of foreign affairs. It is important to note here that if such an agreement is reached by EU member states, these measures against Makey would be suspended and not lifted," Krivas told BNS.

The suspension, Krivas believes, should be regularly reviewed by the EU Council.

It's not clear yet whether Makey will represent Belarus at the Eastern Partnership summit in Vilnius.

Belarusian officials had said the country hopes to receive an invitation to the summit in the name of Belarusian President Alexander Lukashenko and that Belarus will later decide itself whom to send to the summit.

There have been proposals to send Belarusian Prime Minister Mikhail Myasnikovich to the Vilnius summit as, contrary to the Belarusian president and foreign minister, he is not on the EU's blacklist.

The EU imposed sanctions against the regime of Lukashenko, who's been in power since 1994, in response to a crackdown on opposition following the 2010 presidential election.

Lithuania will take over the rotating EU presidency on July 1. The Eastern Partnership summit will take place in Vilnius on November 28-29.

After approving Single Supervisory Mechanism, Lithuanian finance minister's ambition is to take next step towards Banking Union by December

Lithuanian Foreign Minister: EU does not seek confrontation with Russia on Eastern Partnership