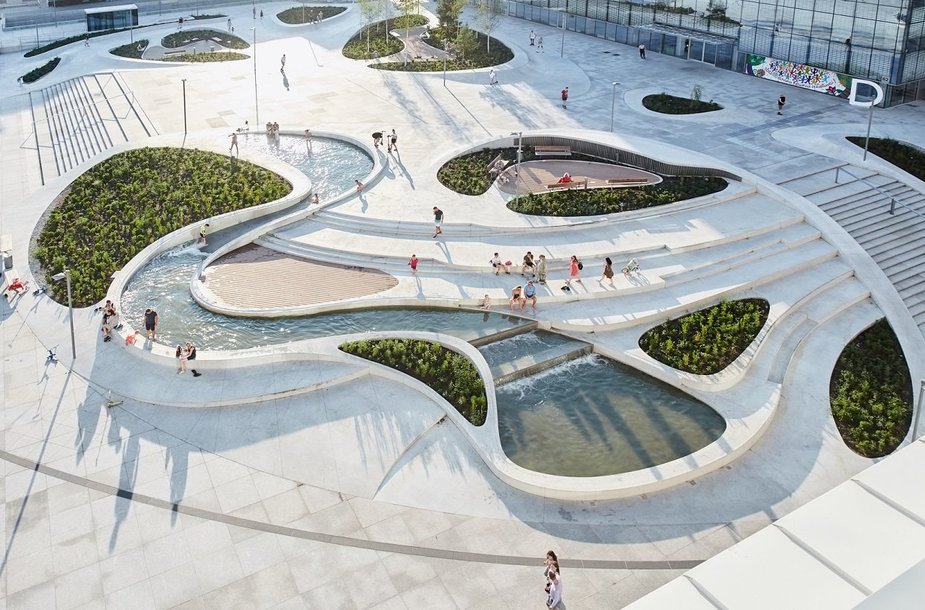 Vienybės sq. - photo. 3deluxe, Norbert Tukaj
Source: 15min
Unity plaza earned the world-renowned international iF Design Award in the architecture category. This is a historic victory because such recognition was awarded for the first time not only to an object in Lithuania but also to the Baltic states. The SBA Group’s renewed square project was created and implemented alongside the international architect and designer company 3deluxe.

The international commission for one of Europe’s largest design and architecture competitions honoured the project not only for its architectural idea, form, and functionality. Unity plaza received the most points for the role it plays for the city’s residents – the lively space in the city has been recognised for bringing together residents and businesses, thus fulfilling its civic purpose. 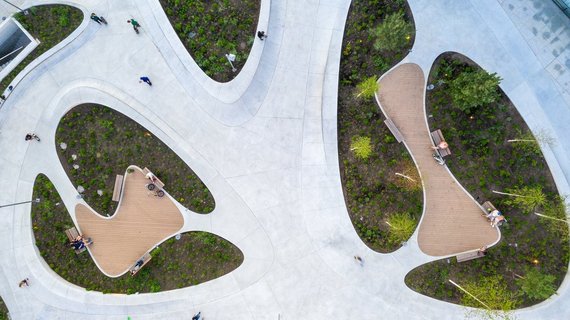 “We dedicated a great deal of effort and resources to this project and it received recognition at the highest league of design and architecture where thousands of impressive projects from around the world compete every year. Thus, recognition for Unity plaza at the international level is something that all of Lithuania can take pride in. The square was reborn – it became a living centre of gravity for Kaunas residents, city guests, and the business community. Seeing this and concurrently being the initiators and implementers of these changes, we feel a deep sense of purpose,” SBA Urban board chairman Lionginas Šepetys says.

According to him, the renewal of city spaces often poses major challenges and brings up numerous discussions. Thus, when implementing the project, efforts were made to respectfully integrate with the existing space in the city, simultaneously enriching and renewing it so that the city’s residents would feel comfortable and would want to spend time here. 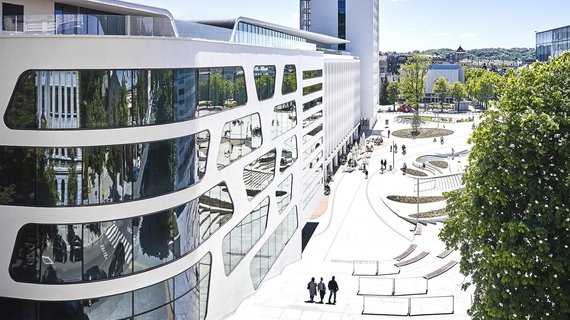 Focus on harmony between green space and the modern city

The iF Design Award is one of the largest European design competitions, which was launched in Germany and has been ongoing for almost 70 years now. An international commission of 98 architecture and design professionals from 21 countries selected the best projects of the year from among almost 10 thousand participants. This is the largest competition in the history of the award. The world’s largest companies, including Samsung, Apple, Google and others seek recognition in various categories of the iF Design Award.

The renewed Unity Square earned recognition in the architecture category. Here the judges focus particular attention on the harmony between external and internal spaces, a key accent is a link between natural environments and greenery with modern minimalism and historical heritage. The commission evaluates the competition’s participants based on the project’s idea and its relevance, form, functionality and simplicity, as well as its novelty and how well the project serves the public. 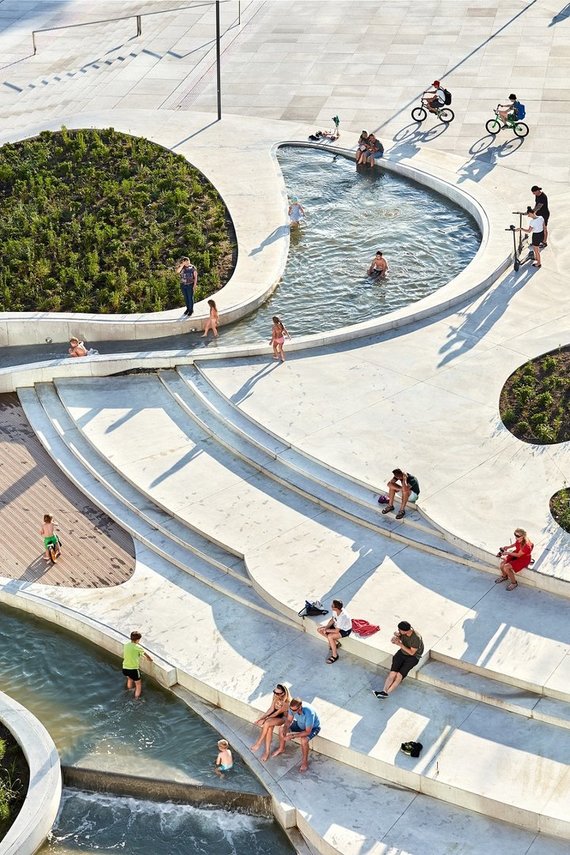 “Unity Square became an example solution for one of the most difficult architectural tasks of the day. It is a major challenge to transform city objects into people-friendly, comfortably lived in, sustainable spaces. I believe that this project sets an example for cities around the world. One of the greatest strengths of this project lies in its form and functionality. We sought organic lines, forms, which reflect the dynamic lives people lead in the city. From resting spaces to entertainment, sports and interaction – everything in one place,” 3deluxe creative director Dieter Brell says.

According to D. Brell, one of the greatest challenges in renewing the square was integrating the modern concept with the rich history of Kaunas. 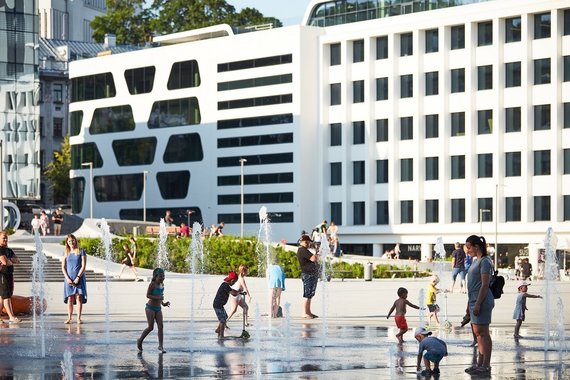 “It is a delicate task. However, the moments last summer when the square was filled with life – from families and playing children to skateboarders – indicate to us, the creators, that the challenge was overcome successfully,” the architect says.

A space for residents and business

The renewal of Unity Square was completed in May 2020. SBA Group invested over 10 million euros into the project. This is the largest investment in a square project in Lithuania. Kaunas municipality contributed to the reconstruction efforts by purchasing additional granite paving for more than 1 million euros. The idea for the square’s renewal was to create a vibrant, pulsing space in the city where both Kaunas’ residents and the business communities emerging around the square could feel comfortable and cosy.

“After the reconstruction, Unity Square has become a special centre of attraction from the very first days. Not only Kaunas residents but also guests of our city already like the space. I am glad that this is acknowledged both by the visitors themselves and by the competent professionals who gave solid evaluations of this project. We have proven that the city can achieve great results by cooperating with business. This year, Kaunas will renovate an integral part of Unity Square - the Student Square beyond K. Donelaičio Street. So this space will soon gain even more life, ”says Kaunas Mayor Visvaldas Matijošaitis. 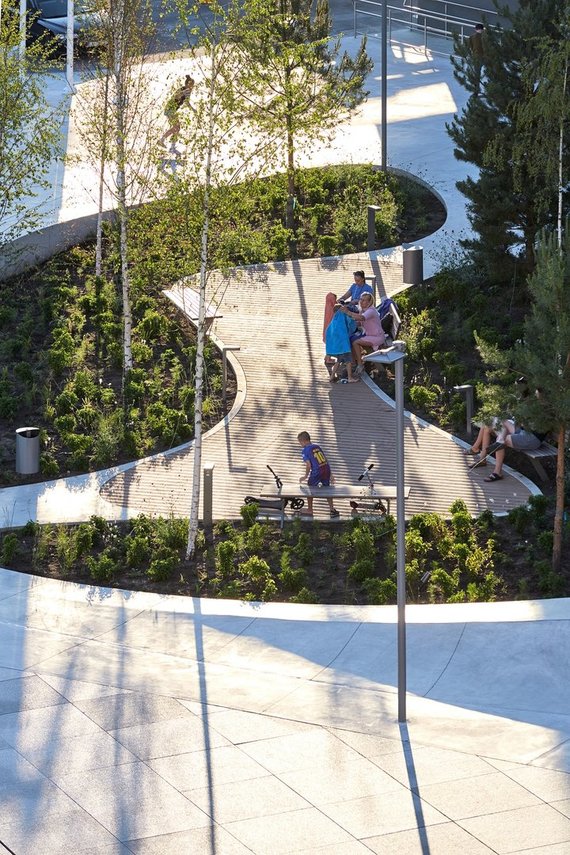 Renovation of SBA Unity Square and adjacent BLC buildings began in 2017. During the reconstruction works, a new, light paving was laid down, green oases were formed with more than five thousand various plants, and a dozen mature trees were planted. A sapling grown from a willow planted by legendary singer A. Šabaniauskas is growing quickly in the square. Special plastic forms were hand-crafted for skaters’ fans of skating sports. In addition, the square was adorned with a 40-jet fountain, an artificial stream, benches for quiet resting, and lighting. Furthermore, the accessways to the square were renewed, and an underground parking lot was created. During the warm seasons of the year, spacious café terraces operate next to the BLC business centre, where city residents can not only relax but also enjoy coffee or lunch.

The SBA Urban group's investment in the square and nearby BLC2 business centre reached around 40 million euros.