Construction of Fitwel-certified CORE business campus has begun in Vilnius 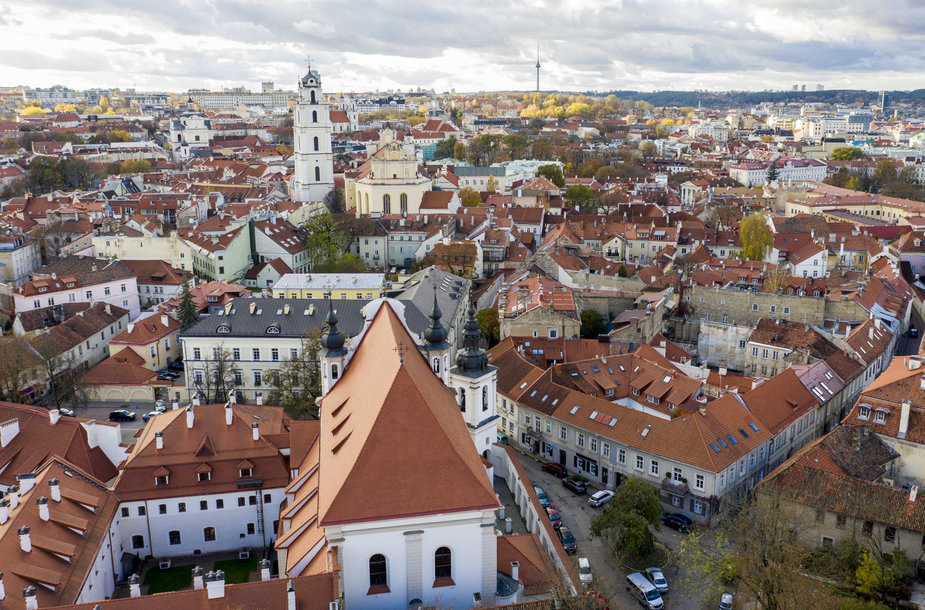 Near zero deposit interest rates force citizens and companies to seek alternative means of investment so that their funds would not devalue. In recent years, their sights are increasingly veering towards real estate developers, who are seeking alternative borrowing sources, making use of crowdfunding platforms or releasing obligations. Such trends have already been observed not only in housing but also in the commercial real estate sector.

Investment – not only for homes but for offices as well

Those with sufficient spare funds have long been resolving to invest in real estate; however, usually, it was the residential home segment, which was chosen hoping to earn from rising home rental prices. According to data from the Centre of Registers and the Bank of Lithuania, secondary apartments purchased for investment or leasing comprise around a fifth of all apartments in Lithuania and this segment, particularly in the major cities, continues to increase in size.

On the other hand, this model of employing money is linked to extra consumption of time and funds because the apartments must be maintained, suitable tenants chosen and new ones sought when prior ones move out.

In wealthier European countries, the opportunity to invest far smaller amounts than the purchase of an apartment requires has existed for a long time, and it arrived in Baltic States’ commercial real estate market in recent years. Real Estate development companies are deciding to release obligations, which are also offered to uninformed investors.

What are the prospects and risks of such investing?

According to Europe-wide statistics, only over the past few years, investment in commercial real estate has reached around 260 billion euro, 45% of which is attributed to the dominant office segment.

For several years in a row, annual real estate contract turnover in the Baltic States has reached about a billion euro and based on this metric was far behind Finland (around 7.5 billion euro). However, our region is seeing a rapid emergence of international service centre due to lower office maintenance costs. For example, just in Lithuania, they had 17% growth, while last year, such centres employed around 17 thousand specialists.

Therefore, the demand for offices remains at particularly high levels and, likely, will continue increasing in the near future. This is because the number of those employed in service centres, according to data from Newsec, only reaches 7.8 per thousand residents in Kaunas, 11.9 in Riga, 17.8 in Tallinn, 23 in Vilnius. Meanwhile, in Bucharest, this metric has reached 47.3 and in Krakow – 73.2.

Statistics from “Invest in Lithuania” show that the amount of office space per resident of the Baltic States is far lower than in Scandinavia: 0.47 square meters per resident in Kaunas, 0.73 in Riga, 1.23 in Vilnius, 1.54 in Tallinn, meanwhile in Helsinki – 6.21, Stockholm and Oslo – approximately 8.2 square meters each. Therefore it is no surprise that the office market is being rapidly developed in our region. Their tenants are increasing in number also due to attractive pricing: if in Vilnius it is possible to rent 6.25 square meters for 100 euro, in Helsinki you could obtain 4.4, while in Stockholm – just 1.82 square meters.

Banks see the commercial real estate market with caution and are investing in such projects conservatively. Naturally, developers seek additional means of financing, and one of these is obligations.

This is attractive to both sides. Real estate companies can diversify their sources of financing; obligations are known for not having partial debt repayment amortisation. Meanwhile, for investors, it is a sufficiently high profitability instrument to manage money flows. For example, while developing the green technology-based office centre Verde, which is located in Riga, Capitalica Baltic Real Estate Fund I released 5 million euro in obligations at a 5% annual interest rate for uninformed investors last year.

With this in mind, it is likely that in upcoming years, we will hear of real estate developers releasing bonds. Of course, this will happen if the impact of the coronavirus or other factors do not decelerate the predicted real estate market growth of the Baltic States.

Profitability – higher than in the West

Even higher returns can be expected in the Baltic States due to higher profitability from A class offices. In Q3 2019, according to data from Colliers International and BNP Paribas Real Estate, in Riga, it was at 6.4%, 6.15% in Tallinn and 5.8% in Vilnius, while the European average was at 3.45%.

Are larger interest rates a threat?

Of course, the period of zero interest rates will eventually end. It often seems to those who invest in commercial real estate, that more significant interest rates could reduce the value of objects and increase financing costs.

However, this is only one side of the medal. Practice shows that interest rates typically rise as economies are on the upswing and respectively – inflation as well. But with increasing paces of economic development, commercial real estate occupancy rates namely rise, as does the demand and rental prices. And of course, due to this, rental revenue flows also increase.

Growing investment returns typically counterbalance the costs of rising interest rates; therefore, it is hard to expect that the profitability of commercial real estate investment could fall. Of course, before investing, it is necessary to consider possible risks. Firstly, it is essential to consider the potential situation in the real estate segment if the spread of the coronavirus will slow down global economic growth. Secondly, the predicted capital flow changes following Brexit should be considered. Finally, the continued prospects of the Baltic States region in attracting foreign companies is also a question to keep in mind.