Both the history of Lithuania – Israel relations and their current state have always been of high importance, with much yet to be learnt on the subject. In this exclusive interview for EN15min Professor Šarūnas Liekis, Dean of the Faculty of Political Science and Diplomacy at the Vytautas Magnus University considers the changes both states have experienced and explores the Jewish heritage in Lithuania, which has historically been home to a large and influential Jewish community.
Ruslanas Iržikevičius and Vytautė Kazanavičiūtė
Source: 15min 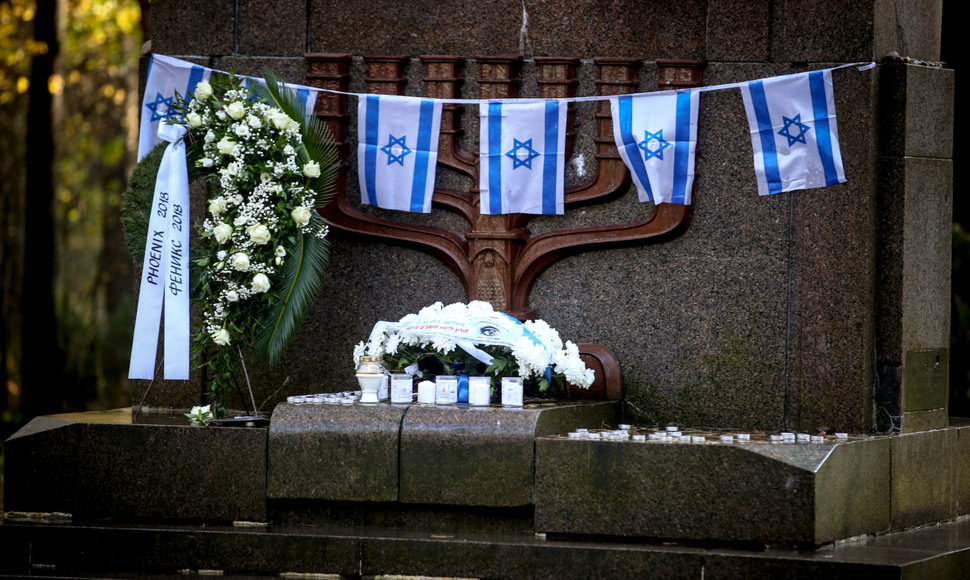 Stuck in an interwar state

“Lithuania has changed a lot during the thirty years since regaining its independence and has become much more Westernized and liberal. Israel, meanwhile, is still a very central and eastern European state: very interwar-like, continuing to focus on militarism and the ideology of being a nation-state. And it's an exclusive focus on the needs of only one dominant group. This is what we last saw in interwar Europe, in Hungary, Lithuania, Poland, Slovakia, and so on. This is Israel now. Israel is very much in its European tradition of between wars,” Liekis says, adding that it is more difficult for contemporary Lithuanians to understand the Israelis. Because we have this state, and our country now has fewer systematic identity regulations and indoctrinating things, fewer regulations, and restrictions than Israel. “This is something that Lithuanians often fail to understand – that, despite our political traditions, constitutions, and the whole ideology of the birth and creation of our state, we are, in fact, very far from the interwar traditions that Israel is still experiencing now.”

If we look at all the Baltic states, Lithuania stands out because the relevance of this situation in our country is much greater than in Estonia, for example, where there was no Jewish minority and the scale of the Holocaust was quite different. "The Holocaust did not leave such clear traces and traumas in Estonia as it did in Lithuania. Obviously, the factors of guilt and redemption are very important in our bilateral relations. The creation of Israel has created the myth that this was a safe place for Jews, as opposed to the non-Jewish world where historically Jews were subject to persecution. In occupied by the Nazis countries anti-Judaism and racist anti-Semitism is fostered by National Socialists whose victims were Lithuanian Jews. This problem of guilt, very often rejected, fell not just on the shoulders of Nazi Germany but on all societies where the Holocaust took place. This is why this moment of guilt is very important in the bilateral relations between Lithuania and Israel. Let's not forget that Algirdas Brazauskas (President of the Republic of Lithuania in 1993-1998) began his first statements with an apology. And these apologies, in one form or another, have been directly and indirectly repeated over and over again in different forms and contexts.”

Prof. Liekis says that, on the one hand, that was the right approach. However, our internal discourse often contradicts the international attitude towards Israel. This is true when we discuss human rights, for example. Our internal attitudes and our political discourse start diverging. “Let’s look at the latest statement adopted by the Seimas concerning the events of June 23 (June 1941 Uprising in Lithuania). This statement is not as terrible as some of the previous drafts. However, the document does not mention the Holocaust. It speaks about the Jewish genocide. The document does not mention local collaborators. The blame is shifted exclusively on Nazi Germany. Moreover, Lithuania has agreed to the IHRA definition of anti-Semitism, signing and ratifying it. It is therefore obvious that there is no coherence or understanding of what we are actually doing here. We need to be consistent and show that we understand our problems, that we reflect on what happened, and that some members of our society, indeed, collaborated with the Nazis.”

Many Litvaks have been or currently are in high political positions (such as the current President of Israel Reuven Rivlin). Many were involved in founding the State of Israel. This fact raises questions on whether Lithuanian heritage can help build Lithuanian–Israeli relations, or perhaps it does not matter at all? And more generally – is it time for Lithuania to take advantage of these, Lithuanian, connections? 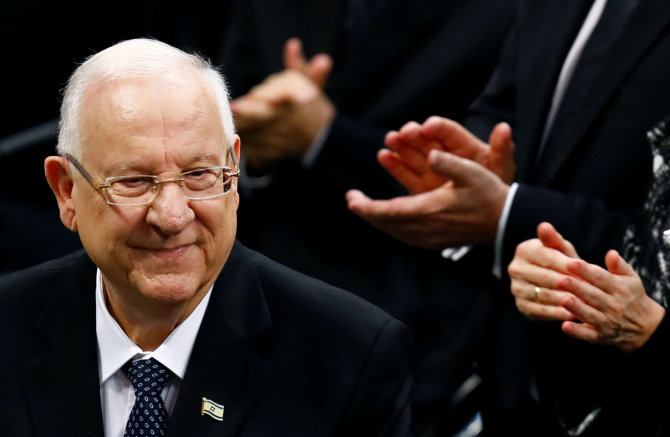 The President of the State of Israel Reuven Rivlin „Reuters“/„Scanpix“

The answer is quite simple. We are not in a position to use this to our advantage, according to prof. Liekis. “This is because our internal policies, our identity discourse and political vision, is basically not able to connect the people from different ethnicities, religions or backgrounds. Despite our best efforts, a Lithuanian allegedly will be someone who is Roman Catholic, who speaks Lithuanian and that's it. The policies even ignore Lithuanian Protestantism, its heritage, and raise many questions to the members of the protestant denominations. Even when working with the diaspora, everything is focused on this particular group. It is not inclusive. Not enough is done to use the Litvak heritage as Lithuanian heritage. And this is clearly shown, for example, by South African Litvaks, who fled Lithuania to travel there in the interwar period and who are now experiencing issues and difficulties trying to regain their Lithuanian citizenship.”

Prof. Liekis also notes that Poland is a positive example in this respect. The country seems to approach the issue with more sincerity and cultural awareness, building connections with Jews and even attracting them, inviting them to Poland for various events and so on. Meanwhile, Lithuania’s approach is more based on representations of diversity, as one of many, under the patronage of the majority and this is one of the main problems. Prof. Liekis concludes that we have the potential and capacity to build better relations with Israel and its people, we just don't have the right approach for doing it.