LGL commemorated the Pride Month together with the Swedish Ambassador - LGL

Graduates of LSMU have been awarded diplomas. Ceremony was virtual for the first time in the University’s history

Expert on electromobility in Lithuania: we have ideas, but business-friendly conditions and the right outlook are missing 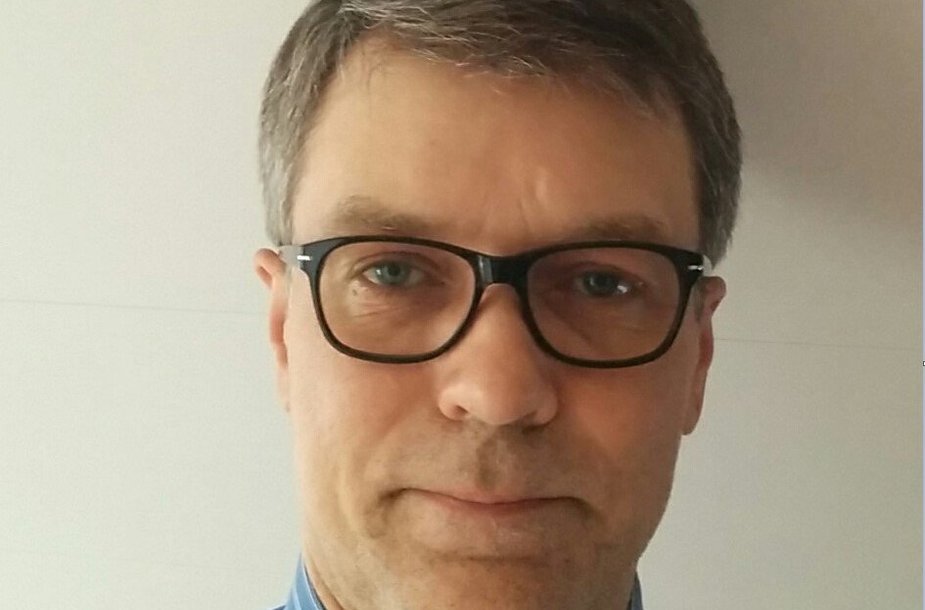 Daily news about the electromobility market is encouraging us to think that the automotive sector is moving towards electric vehicles at an accelerated pace, and fossil fuel drive cars are being side-lined. In this context, Lithuania still somewhat remains at the periphery of the developments. Is progress really passing the country by or is progress taking place nonetheless?

Tomas Taškūnas, an engineer and electromobility expert, is confident that electromobility is reaching Lithuania one way or another. He also believes that in about a decade, electric vehicles will become affordable to people with lower incomes. However, in many aspects, the current situation in Lithuania leaves concern that unless the government makes the appropriate decisions, we may be left merely watching how automotive business groups conquer our market from economically strong states.

- In a few sentences, how would you describe the current state of electromobility in Europe?

– Electromobility related developments in Europe began to accelerate in 2014, having been inspired by the success of Tesla. Tesla Model 3 is being unveiled in Europe and costs 40,000 Euros. This is an affordable price for regular car buyers. Such a move by Tesla is a jab at traditional carmakers, who due to billions they invested in fossil fuel cars have been standing still for a long time.

Large car manufacturers were also impacted by the ‘Dieselgate’ scandal, which damaged the prestige and financial situation of Volkswagen in particular. However, Volkswagen was the first to implement key changes, investing large sums of money into developing the new MEB (modular electric drive matrix) platform. The company understood that electric cars need a completely new approach and different design solutions. Other major car manufacturers followed suit and applied similar methods to the development of their electric vehicles.

Once the new electric vehicle factory is built in Cvikau, Germany, the European market will be supplied with the new Volkswagen ID.3 in 2021. Its basic version will cost less than 30,000 Euros, which is cheaper than an equivalent car with an internal combustion engine. It has been calculated that electric vehicles will become profitable when a 1 kWh battery costs 100 Euros and it was expected this would happen in 2019. However, prices today are still 150 Euros, and at this point, it is expected the price goal will be achieved in 2025.

– Can we claim that electromobility has reached Lithuania?

– I think it would be appropriate first to mention the electric transport phenomenon that came from the soviet era – the trolleybus. They are clean, do not create vibrations (unlike the trams that run on rails) and are still successfully used despite the city’s infrastructure not being developed with them in mind. I could pick out Kaunas as a positive example. Many of the trolleybuses there are replaced by new ones, the infrastructure is being adjusted to meet their requirements.

Sadly, the situation of the outdated and polluting bus park in Lithuania is somewhat worse. The main problem that slows down the modernisation of the transport network are actions that are dependent on EU decisions. EU member states are still receiving carbon permits, and the rest of the process is left up to them. Some of the states invest in renewable energy, while Vilnius, Lithuania, is renewing its diesel bus fleet.

I think that such an outlook by the EU towards sustainable transport is harmful. It would be much more logical to apply targeted subsidies in each member state which would be proportionate to its population and public transportation fleets size.

Certain political developments also impact rational decisions. One such development is the LNG terminal acquisition. We gained cheaper gas prices, while also becoming more dependent on fossil fuels. We have an expansive gas terminal; therefore the biggest priority is using it effectively and not adhering to the European Directives. This greatly contradicts the principle of modern transport development.

- What is slowing down the development of electromobility in Lithuania the most?

– There are two key issues related to the development of electromobility. The first one is that today’s electric grid and power transfer infrastructure does not match contemporary needs, especially on the outskirts of cities. The other one is the flawed business financing system. There is a chronic shortage of a healthy outlook towards financing infrastructure projects.

There is a good number of companies that are capable of installing high power charging stations and modernising the electricity grid present in Lithuania. However, when approaching a financial institution or a bank with an electromobility development business plan to get funding, the first question that comes your way is: “when will it be profitable?”. Sadly, without an electromobility strategy missing, there is no answer to the question so you can forget the funding. That is why the pace of expansion of charging stations is limited, with the exception when a few crumbs of EU funding come our way. For example, having received EU support, there were 40 high power charging stations (50 kW) installed close to the main roads as well as 66 stations of the same power level in Vilnius. This clearly does not match the actual needs.

- What steps by the government would accelerate the expansion of electromobility?

- It is important that the Ministry of Transport and Communications and its Roads Directorate create a clear short- and long-term electromobility development strategy for the private, public and heavy transport sectors, and implement it meticulously. As long as a proper outlook and strategy are missing, local private business has nothing to do in this area. Well financed interest groups are already coming, conquering the new market while we are left spectating.

For example, the high power charging station company IONITY (Germany) will install a 400 charging stations network on the main European highways by 2021, including seven stations in the Baltic states. There are only a few subsidies available to electric vehicle drivers in Lithuania: the right to drive on the A lane and to park for free in the cities. At the same time, many of the Western countries either apply subsidies or remove VAT from the purchase of an electric vehicle, with the latter often making up to a fifth of the vehicle’s price. This must also be applied in Lithuania.

In addition, the sooner we have our own renewable energy sources, the faster and more effective the pace of development of electromobility will be. We are dependent on imported energy, however, we are nonetheless generating up to 35 per cent of Lithuania’s energy power needs. Research shows that if you build a wind farm in the Baltic Sea, Lithuania would be able to meet its energy needs in ten years and even sell some of it.

- What changes are expected in this area in the near future?

– It has been calculated that a proper uptake of vehicles by small businesses and family household would start when the vehicle cost reaches 10,000 to 15,000 Euros. We are moving towards that. Another necessary condition for the expansion of the electromobility market is a well-developed network of charging stations. Though there are charging stations in Lithuania’s cities, their numbers will grow. Nonetheless, the largest problem remains in between cities and in the suburbs, where energy infrastructure is poor, and there is a lack of necessary power output.

The low power connectors in traditional petrol stations are not suitable for charging stations, and installing new ones is both expensive and time-consuming. It is clear that under these circumstances, it is best to use ‘power banks’ - systems that are able to charge slowly, later releasing the charge at much higher power. I don’t doubt that such a solution is currently the most optimal one for our country.

– Will electric vehicles become affordable to mass consumer-driver in 10 years?

– Without a doubt, because it is the cheapest form of transport. However, with the advent of more affordable electric vehicles, we can already foresee issues related to charging them. In Lithuania, almost 70 per cent of potential electric vehicle users live in apartment buildings. In most cases, there are no garages or charging points nearby. I see a clear and rational solution to this problem – use the existing street lighting infrastructure.

Street lighting uses cheaper energy at night rates. By using lower power charging stations, attached to lighting posts, we could solve the problem of electric vehicle owners. Installation costs of such networks are minimal, because you need to pay only for the station itself, not the installation of the entire infrastructure.

– How will the use of electric vehicles change drivers’ habits?

– Refuelling habits are likely to stay the same. When low on fuel, the driver will go to the nearest ‘petrol station’, however, the traditional driver culture will change. They will have to think ahead, be aware where the nearest charging station is, not allow the car battery to discharge completely. In addition, car repair and maintenance costs will be substantially lower compared to traditional vehicles. In a vehicle with an internal combustion engine, there are around two thousand moving parts, which sooner or later wear out. In an electric vehicle, there are less than a hundred of them. Only regular maintenance tasks will remain. Therefore the relationship with the vehicle will greatly simplify.

– Is it likely that fossil fuel vehicles will soon be pushed out of the market?

– Lithuania is a transit country; therefore we must take into account not only the situation in the West but also in the East. Electromobility in the West is already in full swing. In the East, fossil fuels are the main source of income, global problems there are at best just declared rather than solved. That is why I think Lithuania will remain an intermediary country for vehicles with different fuel type needs.

– When can we expect to use hydrogen as a vehicle fuel?

– We can divide transport types based on the type of fuel they will use. Light transport, such as small-medium electric vehicles aimed at families and small businesses, small scale logistics, will always be the most optimal solution for cities. Heavy-duty transport, such as busses, trailers, agriculture machinery, ships, planes are better served by hydrogen fuel. Electricity is too expensive and an irrational fuel source, because heavy-duty transport needs very powerful batteries and charging stations, as well as very expensive power distribution infrastructure.

For light transport, it doesn’t pay off to use hydrogen fuel. Its production is too expensive, warehousing and transportation are both complicated and unsafe. Progress in hydrogen production is also stalled by the fact that it requires electricity which is still derived mostly from fossil fuels. Therefore, the technology will justify itself only when the energy used for hydrogen production comes from renewable sources, such as sun and wind. It is good to see that we are slowly moving towards that.