“Israel is a young state that was born from a very ancient people. First existed the people, then existed the state, and now we are looking at the connections or the relations between ancient people and the modern standard state, the modern nation-state. So, this is a unique case in this sense,” notes Hamutal R. Fuchs, Head of the Department for Jewish communities at the Israeli MFA. In an exclusive interview for the EN15min, Fuchs stresses the importance of sustaining connections and building bridges between Jews in Israel and Jews across the ocean and around the world.
Ruslanas Iržikevičius and Vytautė Kazanavičiūtė
Source: 15min 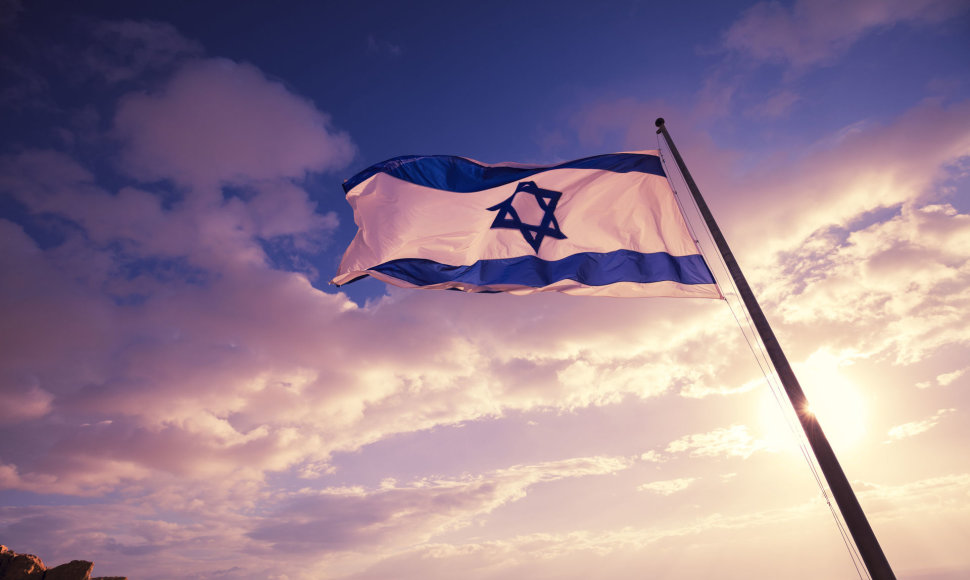 Complex definition of being a Jew

People make a nation, therefore sustaining connections is crucially important. One-third of the Lithuanian population lives outside of Lithuania, and that often seems alarming. But that’s a pretty small statistic compared to Jews. “There are about 15 million Jews around the world, and just under 7 million live in Israel today. Approximately half of the Jewish population (to be more precise 46% of the Jewish people) live in Israel. So, we look at the rest of the Jewish individuals as part of the diaspora, but some of them have never lived in Israel. Some of them see themselves very close to Judaism, but not as close to the state of Israel. It’s a little complicated, but we define it as people, who define themselves as Jews. So, the definition of Jewish people is not Israeli definition.”

A long way to big changes

When David Ben-Gurion, former Prime Minister of Israel, declared leaving the British Mandate, there were 600,000 Jews in the State. Within two to three years, 2 million people came to Israel. The vast majority were the refugees or immigrants who had left their homes in Eastern or Central Europe. “So, we needed the Jewish people to support this phenomenon, to help a very young and poor state that was taking in all these immigrants. I would say that this was the basic establishment of Israel, the relationship between the Diaspora and the states.” Since then, however, much has changed. Now Israel is neither small nor poor. It is a rich startup nation in terms of culture, literature, defence, and cybersecurity and it has a lot to offer.

Becoming stronger as a nation made Israel more capable of supporting its community and all the Jews around the world. “In my capacity as Minister of Foreign Affairs I work with the Jewish communities, I work with the Jewish leadership. We have the Minister of Diaspora who also works with the leadership, and they have been trying to reach out more to the individuals, to put more effort into informal education projects, like getting involved with informal Jewish education. For example, to support different projects in different communities, like what kids do after school.”

The Jewish Agency is an organization that has been around since long before the State of Israel (since 1929) and is constantly focused on bringing people home, to Israel. “The Jewish Agency are working on two major programs called “The Birthright” and “Masa.” Under these programs young people can come to Israel for anything between one week and ten months, it depends on the program. It’s funded mostly by the Jewish Pollock philanthropy abroad, but also by the Israeli government. Young people are invited to come and see the country for themselves, to come for a week, for ten days, or three months. If you’re a student, come and form your own view on what Israel means to you. That’s how we invest in the centrality of Israel, in their identity. They don’t have to emigrate to Israel. We are a small country, and we want them to have Israel as part of their identity.”

The fight against anti-Semitism

The main goal, Fuchs says, is not only to attract people to Israel but also to make sure that the Jewish communities, the Diaspora, have a good, prosperous life abroad, that they have their own values and are good citizens of their own countries.

Hamutal R. Fuchs asks: "But why do we do that? I mean, we could say, anti-Semitism is good for us because as long as the Jewish communities don’t feel well in their own countries, they will come back to Israel. But the most important thing for us is that Jewish communities everywhere can have a good Jewish life, a prosperous Jewish life. Of course, we have a mechanism, if they want to come to Israel, we have a dedicated ministry that takes care of them, offers them a package, depending on the state they are coming from. This support could be provided for six months, a year, even three years. The state would provide all the benefits we can afford from the government budget so that the people who come to Israel can feel safe here, learn Hebrew and integrate into our society.”

To conclude the interview, Hamutal R. Fuchs quoted a recent phrase by Yair Lapid, Minister of Foreign Affairs of Israel: "Jewish people are more than allies, they are family. Jews from all streams, Reform, Conservative Orthodox, are our family. And family is always the most important relationship, and the one that needs to be worked on more than any other."