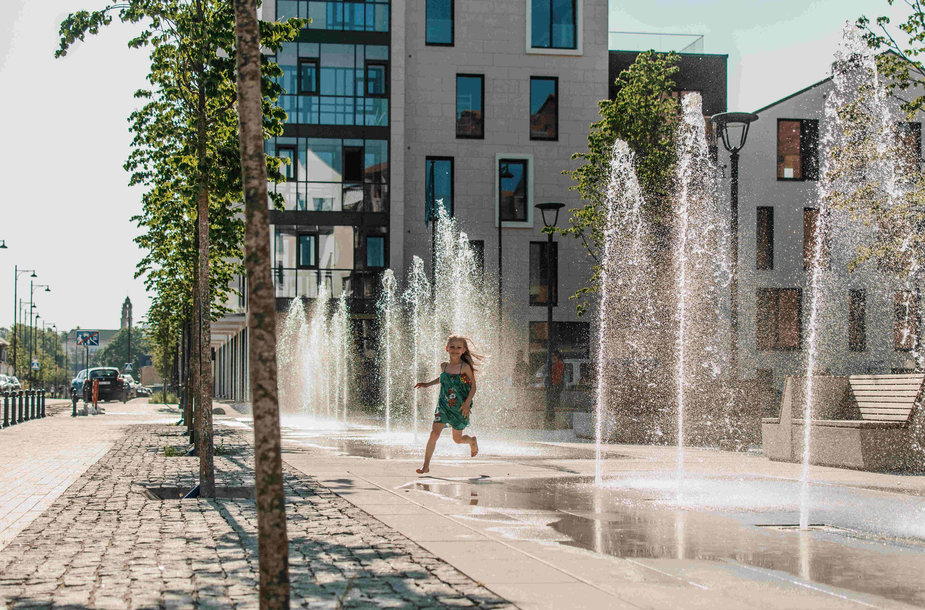 The industrial suburb of Vilnius whose workers were entertained in numerous inns. A thriving beer brewery and a Swiss garden with fountains, alongside which were the holdings of an incredibly progressive tanner, all of which existed several hundred years ago. Today, it is on the outskirts of the capital’s Old Town, where the legend-filled area is ever louder calling city residents and guests to get to know its multi-layered history.

This is the description offered of the Paupys area near the Vilnia river by guides who will soon offer the capital’s residents excursions around the area, revealing a number of exciting stories.

From textiles to computers

During the previous century, Paupys lost its energetic charm, becoming a singularly industrial location, which became particularly stagnant in the late Soviet era. The ice floes shifted when one of the largest non-functional space conversion projects in Lithuania started in this area, being included in the 2010-2020 Vilnius city municipality strategic plan Architecture Park.

During the project, Darnu Group restored in a 7-hectare territory Paupys’ old origins – a centre of gravity for city residents, which is surrounded by nature and where various urbanist purposes intermingle once again: living, working, leisure, culture and civic activity spaces. 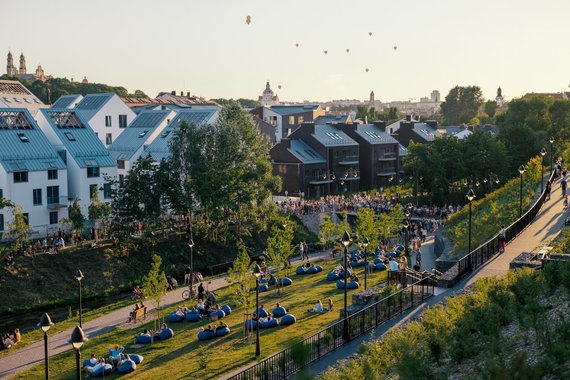 According to Gabija Lunevičiūtė, a guide of the capital and author of a book about Vilnius, together with a renaissance of Paupys, the stories of Vilnius residents who once lived and worked here are being reborn as well.

“For many centuries, Paupys was an industrial area – a suburb of Vilnius, through which the Vilnelė flowed with its channels. Its geographic position created conditions for many businesses to settle, for which water was also essential as an energy source.

For three hundred years, there were leather and fur processing, as well as fabric factories, in the 19th century, a major beer brewer settled in, workers lived in between industrial objects in small houses under modest conditions, and for their enjoyment, numerous inns operated in the area. Thus, for the now re-emerging area, it is historically justified to adapt industrial style elements and without any demonstrative luxury, it is as if Paupys’ old narrative is continued,” G. Lunevičiūtė says.

She notes that Paupys’ industrial line is solid – it also continued after the war. Most older city residents associate this area with the Vilnius electricity meter factory, which operated in it during the Soviet era. The factory continued working here until the crisis in the year 2008.

“Over the past decade, Paupys was most preferred by fans of more extreme experiences and abandoned locales who were fascinated by abandoned factory buildings, the wind blowing through broken windows, bushes creeping up ghostly buildings and the documents remaining for once operating factories, as well as posters and other curios,” G. Lunevičiūtė explains.

According to the guide, Paupys hides a number of unexpected stories, which should intrigue city residents with interest in Vilnius’ past.

“The beer brewer Lipski operated here – he deserves a separate story. Based on his turnovers, you can confidently say that he successfully supplied beer to the entire Vilnius province,” the expert in Vilnius’ history laughs. G. Lunevičiūtė says that the beer brewer had not only a brewery with a summer terrace and theatre in Paupys, but also even had a Swiss garden and fountain set up. In such an area of workers, these must have been particularly attractive objects.

“The tanner Holstein who worked nearby was also a very progressive individual – he would process skin and fur scraps in a way that they could be used as fuel! Not to even mention the fact that the Vilnelė snaked through the area as if in ribbons – you could call them channels – and the main one was drained only in the 19th century,” G. Lunevičiūtė reveals.

Element of nature – among the most important

City guide Asta Cicėnaitė who invites Vilnius residents and city guests to discover Paupys says that it is a corner of Vilnius, which is rich in nature and surprises, filled with the murmur of water. At the same time, it is an area, which evokes natural surprise for those recalling what it was like before and thus able to compare it to the future, take a seat in the cosy central square or walk around the newly emerged connections to the Paupys and Aukštaičiai streets.

“I promise to tell excursion participants, why those living here for a long time want the old Paplauja name, where the locals’ beach was and where to look for the “papilloma”. If course, there are also many other, contemporary stories about the stretching of fox furs, frequent fires and the new, harmonious identity of the territory,” A. Cicėnienė reveals.

She notes that one of the most important elements that have accompanied Paupys over the centuries is its unchanging close relationship to the Vilnia river and the surrounding “canyon” landscape.

According to G. Lunevičiūtė, currently, in Paupys, both the historical and contemporary city share the same space under the sun.

“To me, they are as if two people living together – seeking compromise, sometimes competing, sometimes complementing one another, respecting their differences and understanding that both have the right to be here. The people unite both these cities – some remembered only by their heritage, some live in the city now. What is most important is to allow its guests and residents to feel that the city, its streets and entire blocks are the histories of people,” G. Lunevičiūtė explains.