A year of G. Nausėda’s presidency: why a foot stomp didn’t frighten the coalition and the “boy mistake”

Contemporary circus festival in Kaunas: instead of the after-talk, discussion a year before the show 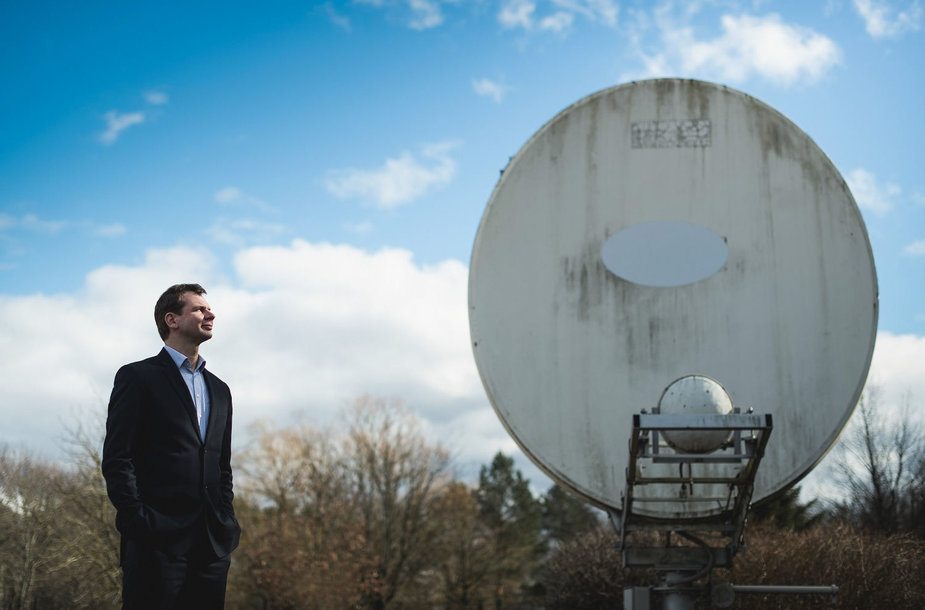 “It may sound unexpected, but war is a key driver of technology advancement,” says Andrius Ušinskas, Associate Professor in the Department of Electronic Systems at Vilnius Gediminas Technical University (VGTU). Recently, Ušinskas conducted a project on secret communication technologies, which are especially popular in the military.

There are many examples where establishing communication and detection of enemy communication were crucial to the outcome of a battle. In this interview, Professor Ušinskas tells us about this little known type of communication, shares its intricacies, possible applications and future prospects, Vilnius Gediminas Technical University writes in a press release.

VGTU closely cooperated with business in this project. We analysed the latest technologies, research and solutions, and also provided our suggestions. The project focused on secret communication technologies, which currently are very relevant. The military needs various technological solutions and communication is one of the important areas for development. I speak about communication between different groups or units, where fast radio communication is needed, and ways to make this type of communication secret since the fighting parties aim to remain undetected by their enemy. We have been deepening our knowledge in this field and attempting to better understand the possibilities these types of technologies provide, how to detect such communications, their methods and location.

The first step to deeper understanding is an analysis of theories. Later, complex modern technologies are needed, which can be produced only in technologically advanced countries. Most often, the only way to do this is to purchase separate components and then program and combine them. We can buy different pieces of hardware, however, we have to finish the job ourselves. I believe that it is the coding that makes us unique. In a way, it could be compared to the human body and its intellect.

We faced numerous challenges in this step. Our role, the university’s role, was to analyse the methods and understand the concepts, while businesses took care of the implementation. We are very happy to contribute to such a project and to be part of high-tech development. It is one thing to read about a topic, but something else entirely to be part of the development process. 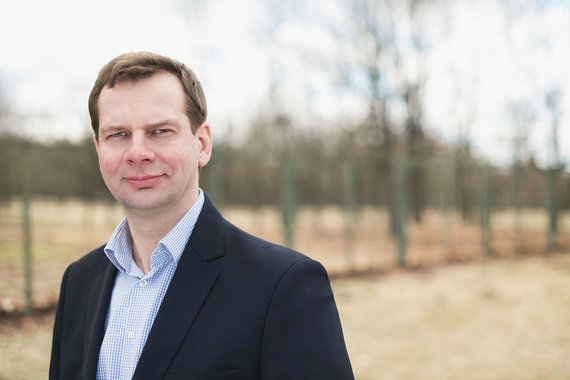 What are the main goals of military radio communication?

It is very important to keep transmitted information and the location from where it is transmitted secret. In general, theories focus on three aspects of information secrecy. First, data must be encrypted so that the enemy doesn’t understand what is being transmitted. The second aspect covers data integrity and incorruptibility. For example, if there is a request to carry out a bank transfer, the transaction should be secured so that it is impossible to manipulate the bank account number. The third aspect of information secrecy is to secure the authorship of the data; one should be certain from whom the message is received. During World War II, it was quite common to intercept a message, read its content and pretend to be the sender. The aim is to keep communication undetected. Sometimes, the detection of a communication signal leads to the decision to destroy the location where the signal was detected. Thus, secrecy is of key importance and calls for a thorough understanding and application of modern technologies.

A specific frequency is chosen to transmit information via radio communication. Frequency is one of the characteristics of radio waves. Only a limited number of people know which frequency is used to transmit messages and only they are able to listen to these. It is similar to us listening to radio stations when we know their frequency. The difference in the military is that the frequency is secret and fighting parties are searching for their enemy’s radio communication signals. Radio scanners are used to detect the frequency transmitted by a radio transmitter. If several scanners and specific software are used, then it is possible to detect the exact location of the transmission. One scanner determines the direction from which the signal is transmitted, and another scanner determines the location. The higher the number of scanners, the greater the precision of the location. The aim, then, is to create radio transmission which is not detectable with scanners, or could be detected too late, when it is no longer relevant.

There are many different technologies. One of them, frequency-hopping, is when the transmission is started through one frequency channel and then rapid switching to other channels occurs. Even if the enemy detects the first frequency, they do not know what frequency will be next. It’s a game. Another technology, time-hopping, is when the transmission is divided into parts, which are sent separately over varying periods, making it nearly impossible for the enemy to know when the next part of the message will be transmitted. When both technologies are combined, it is extremely difficult to detect communication. Only those who know what to look for and where will find it. On the other hand, even if the communication is detected, it is very hard to understand the message. Nowadays, modern technologies allow super-fast hopping.

Where are these technologies used in the real world?

First of all, in the military industry, where it is vital to keep communications secret. Also, it can be used by special agencies to keep certain information secret, to protect important people, especially when their location or direction of movement should not be known. The industry has its standard methods and protocols for transmission encryption or signing of messages. Thus, these technologies are used in situations where communications should be kept secret. The industry application is quite narrow, therefore, there are not many companies which specialise in this field. Mostly these are American companies and they sell the technologies to other countries.

So the US is one of the leading countries in this field. How do you see Lithuania in this context?

I think we are only users of these technologies. The USA and Russia are the leading countries in radio communication technologies. The proof being GPS and GLONASS positioning systems. Mainly the two countries provide services in this field. It is worth mentioning that several other countries, like China, guarantee to position only within their territory. It may sound unexpected, but war is a key driver of technology advancement. Many important inventions were made during World War II.

What are some trends in innovation coming out of war technologies?

The most important trend to develop is spread-spectrum technologies. One of the methods is to hop from a very high frequency to a very low frequency. This is very hard to implement technologically and requires solutions to many challenges, such as how an antenna should be installed. For example, we all know that an antenna is an integral part of an iPhone. The days of cordless phones with telescopic antennas are long gone. We, as users, don’t have a clue what’s inside our smartphones. They’re like black boxes. We buy a box but we don’t know what is inside of it. I think there are just a few professionals in the world who could design a smartphone from scratch. One side of the challenge is to create a technology, and another is to put it in a small box.

What is the future forecast for this field of technologies?

There are both challenges and areas for development: the size of radio transmitters, their operation time and transmission distance. Operation time should increase in the future, as the capacity of batteries increases. Speaking about the size, just a half-century ago soldiers moved around with enormous radio equipment on their backs. Now such equipment can be fastened to a belt. It is very likely that equipment size will continue to decrease. Transmission distance is also very important. Sometimes transmission is from a great distance and sometimes it’s just nearby, but in either case, it needs to be secret. The harder it is to detect a transmission, the more secret it will be. On the other hand, transmission detection technologies will also keep on developing, making it harder to maintain the secrecy of radio communications.