Opening at the Justiniškės in Vilnius
Source: 15min

Neste Lietuva (Neste Lithuania) is celebrating its 30-year anniversary in Lithuania. Today, Neste Lietuva is the largest network of self-service filling stations in Lithuania; however, its road was a long and hard one.

The first filling stations with limited imported goods in Vilnius, paper towels imported from Finland for Stikliai Restaurant and automatic payment terminals, which have once been a cutting-edge technological innovation: these are but snippets of the colourful history of Neste reflecting the cultural changes in Lithuania spanning three decades.

Neste corporation was one of the first foreign investors in Lithuania. In 1991, Litofinn Service, the joint Lithuanian and Finnish company was incorporated, thus laying the foundation for the establishment and development of Neste Lietuva.

“The first filling station network in Lithuania was developed by the Lithuanians and the Finnish. If at first, we had much to learn from our Finnish partners, later we were the ones to share our experience,” says Ringaudas Steikūnas, former General Manager at Neste Lietuva, now serving in the position of Baltic Network Development Manager. 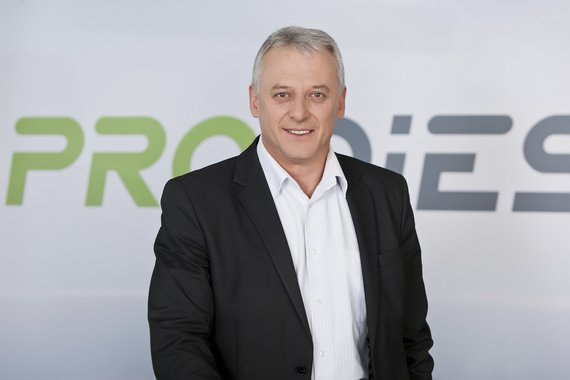 The first Neste filling station opened in Lazdynai Neighbourhood of Vilnius City back in November of 1992. It was the most modern western-type filling station in Lithuania and had both a café and a store.

Ringaudas Steikūnas recalls that drivers were not the only customers of the first filling stations. Many curious people found their way here to purchase imported goods, have a cup of coffee or try a new sandwich or a burger.

“Almost all the goods at our stores were imported from Finland, which was a rarity in Lithuania during those times. People would come to our filling stations to buy motor oil and other car maintenance products as much as Finnish chocolate, chewing gum and canned drinks,” says Ringaudas Steikūnas.

Due to security issues, the first Neste stores served their customers through security windows. People could pay for their purchases in one of 16 easily converted currencies in the local Lithuanian talonas (the temporary currency of those times). 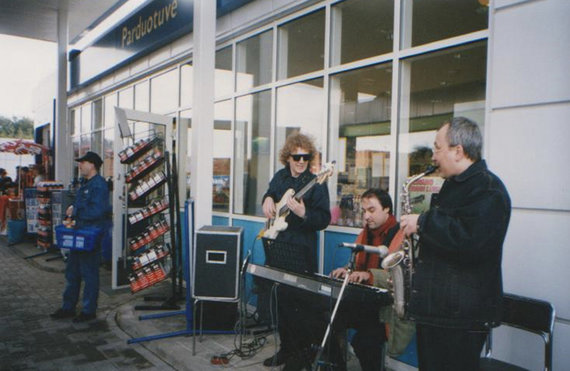 Opening at the Justiniškės in Vilnius

Openings of new filling stations would attract large crowds with live concerts and animators dressed as the Moomins, legendary characters in a series of books by Swedish and Finnish illustrator and writer Tove Jansson.

Garbage bags and a guest from Lapland

The establishment and maintenance of filling stations meeting the western standards was an unseen phenomenon in Lithuania back then. As soon as the customers of the filling stations noticed paper towels and plastic garbage bags being used in the rubbish bins, the latter soon became a coveted commodity.

“Upon special request from the managers of Stikliai Restaurant, we had supplied them with garbage bags and paper towels from Finland for a while, because these goods were not available anywhere in Lithuania back then,” says Ringaudas Steikūnas. 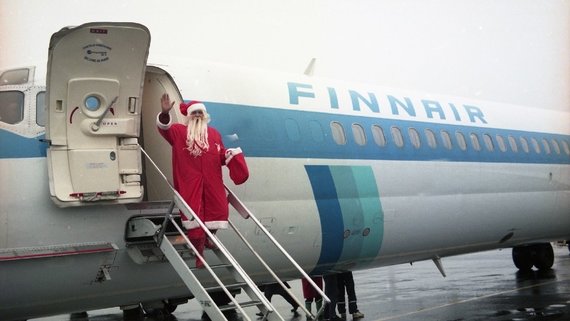 For several years in a row since 1996, Neste Lietuva had cooperated with Finnair, the largest Finnish airlines, to bring the real Santa Claus straight from his native Lapland to meet the children in Lithuania.

“As one of the first foreign investors in Lithuania, we believed our operations to involve a higher mission than simply selling fuel. We are proud to have shown an example of good practice and socially responsible business in the newly restored independent Lithuania. The joy we have gifted the children by bringing Santa Claus was just a part of our mission,” says Ringaudas Steikūnas. 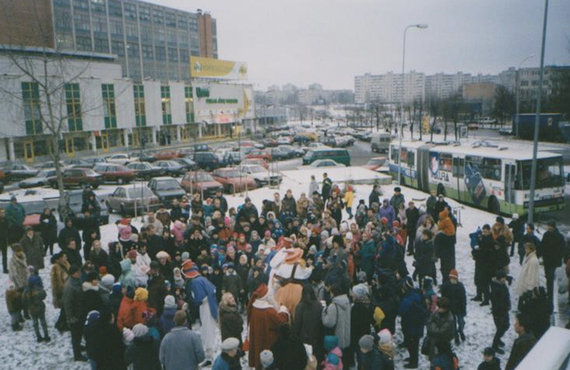 Santa Claus visit at the Vilnius' Žirmūnai petrol station in 1998

The birth of the era of self-service filling stations

The Lithuanian drivers were introduced to the novelties step by step. At first, only three filling stations offered the choice of automatic payment terminals. The customers still had the possibility to pay as usual at the filling station store. Several years later, on January 15, 1999, Kaunas residents witnessed a unique occasion: the first fully self-service filling station in Lithuania was opened at Jonavos Street.

“In 1999, automatic payments were an unheard-of innovation. People would bring their whole families and children to show them this new technology. We had people queuing up next to the self-service terminals wishing to try it out, and the drivers often had to wait for more than half an hour,” says Ringaudas Steikūnas. 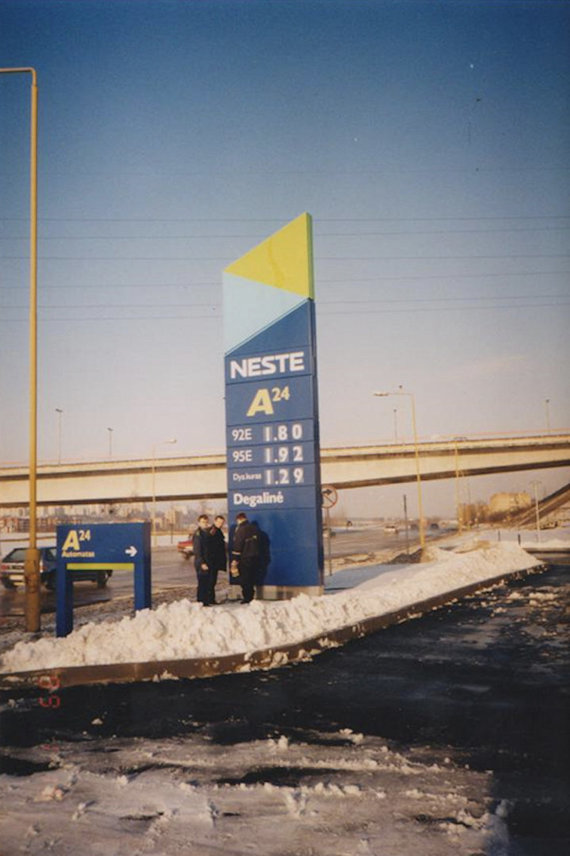 At the opening of the Jonava petrol station 1999 January 15

A revolutionary novelty of filling up first and paying later was introduced in Lithuania along with the first Neste filling stations.

The Neste cafes also introduced the Lithuanians to the novelties in cuisine. For example, a pizzeria operating next to Neste at Šilutės Plentas in Klaipėda started baking pizza in special ovens in 1993. Later, one of the first burgers in Lithuania were offered in the filling station at Ukmergės Street in Vilnius. “Today, we think that many of the services offered at filling stations are casual and ordinary; yet, we had a long road to cover to get here. We would not have been able to achieve all of this if not for the significant input of our employees and the trust of our customers,” says Markus Lindkvist, General Manager at Neste Lietuva. 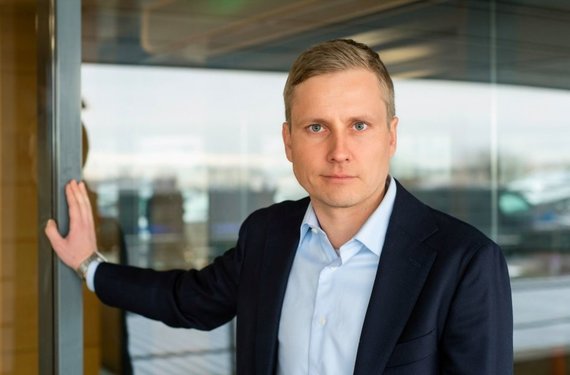 Neste Lietuva was the first to offer Lithuanian drivers fuel with multifunctional additives. In 2014, Lithuania became the first country apart from Finland to sell the new Pro Diesel fuel, the first fuel in the world that complies with the strict requirements of Category 5 of Worldwide Fuel Charter.

In August 2019, Lithuania got introduced to yet another novel product developed by the Finnish corporation, i.e., diesel from renewable resources known as Neste MY Renewable Diesel. This fuel is produced of 100% renewable resources, such as food and other industrial waste and residues.

According to M. Lindkvist, continuous innovations and introduced novelties contribute to the customers of Neste filling station network being able to purchase high quality fuel quickly, conveniently and at a competitive price.

Within the last decade, the Finnish corporation has lived through a significant transformation, having come to a decision to change the direction of its operations. This also brought about the changes in the name of the company.

In 2015, Neste Oil changed its name to simply Neste. The word ‘oil’ meaning the raw oil no longer reflected the vision of the company which seemed to focus more and more on producing fuel from renewable resources.

“The former oil processor in terms of the local market, Neste is now known as one of the biggest producers of diesel made from 100% of renewable resources, such as waste and residues,” says M. Lindkvist, General Manager at Neste Lietuva. One fourth of the staff of Neste, i.e., nearly 1000 specialists, are constantly working in the fields of scientific research, technological development and engineering. They have developed renewable fuel for road transport and aviation sectors and are looking for new ways to use plastic waste as a resource in the production of fuel, chemicals and new generation plastic products.

Neste has committed to reaching carbon-neutral production by 2035. Within the next decade, the corporation plans to implement renewable and circular solutions and thus to reduce greenhouse gas emissions by 20 million tons annually by 2030 along with its customers.

Similarly to the Finnish company, which had walked a long road of changes within the last three decades, Lithuania has also changed unrecognizably. Without a doubt, the upcoming 30 years will bring more swift changes.