The 23rd International Harm Reduction Conference is well underway in Vilnius. The second day of lectures, workshops and media presentations has attracted a wide range of experts, human rights’ activists and those curious about expanding their knowledge on numerous subjects, ranging from myths about drug use to theories about rehabilitation.
Jonas Grinevičius
Source: 15min 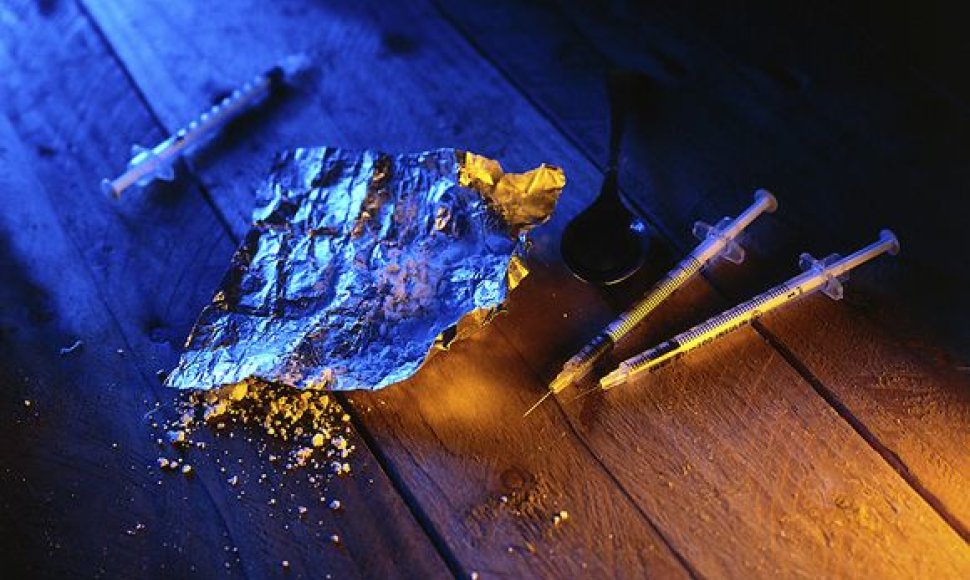 The conference has also welcomed a swarm of scientists and healthcare system workers from around the globe and Lithuania to converse about problems, such as injecting drug use, HIV and overdosing.

Masses of people, chattering about their pleasant excursions in Vilnius over the weekend, enter the conference hall and joyfully brace themselves for a day full of discussions and debates. Photographers quickly make adjustments to their equipment, journalists hastily introduce themselves to anyone wearing a suit, the support staff finishes making the final preparations. Everything is ready and everyone is anxious to begin.

The phrase that best describes the entire conference is “breaking stereotypes.” Every speaker diligently chooses their words to have the maximum impact, to challenge how each and every member of the crowd views drug use. The event is as much about promoting the values of harm reduction, as it is about making everyone think outside the box.

Surely, the use of illegal drugs should not be promoted and anyone, who decides to walk down that specific road should live with the legal and personal consequences? As it turns out, the truth of the matter is far more ambiguous than anyone would think. The topic of drug use cannot be viewed in black and white: it is, by far, a subject of endless shades of gray.

The 500 or so daily deaths due to overdose could be prevented by altering the underlying belief that drugs are illegal and, thus – immoral.

The first speaker of Monday morning is Friar Sean Cassin, an enthusiastic man, who captures the attention of the room within moments of beginning to speak. He talks about the discarded people of Dublin and punctuates bouts of statistics with anecdotes about his life. Cassin states the obvious: drug policy is decided by the taboos of civil society.

He challenges the assumption that problem drug users are victims of disease and are powerless. Disagreeing with the official position of politicians and mass media, he argues that it is the “perception of harm regarding drug use worldwide that is preventing harm reduction.”

According to Cassin, the 500 or so daily deaths due to overdose could be prevented by altering the underlying belief that drugs are illegal and, thus – immoral. He cites how the Dutch “don’t share the same phobia of harmful drugs” and quotes John Stuart Mill’s Greatest Happiness Principle to finish his presentation: no matter who you are, or what you do, “your pursuit of happiness is the same, your end goal is the same” as that of everyone else. Happiness is what matters above all, whether you are a friar, or a drug addict.

Kate McKenzie emotionally talks about her daughter Hannah’s experience with drugs, about the problems their family encountered and the daily perseverance that was required of all of them. McKenzie speaks of how “those, who use drugs do not fit into neat bureaucratic systems” and how there doesn’t exist a one size fits all treatment for users.

She draws attention to how out of all of her daughter’s addictions, it is only drugs that are criminalized. Obviously, this raises questions as to why alcohol and tobacco products are easily available, despite the negative effects they can have on health and society; legal guidelines regarding what drugs may or may not be consumed appear to be a matter of consensus and popular opinion, rather than being based on the objective understandings of harm.

McKenzie shares her thoughts about how treatment should be aimed at the deep-rooted reasons why drug addicts become users in the first place, rather than focusing on taking care of the symptoms. Furthermore, she says that “addiction is an illness that needs to be treated in the health system, not the criminal system.”

She echoes Cassin, stating with a trembling voice that her daughter “deserves to have a happy, fulfilling life”; what both of them aim to illustrate is the notion that drug users are not lesser beings and that they should have the same opportunities to seek happiness as anyone else. Every human makes mistakes and those unfortunate enough to have become drug users should be supported, not rejected outright.

We’re not criminals. We’re people, people, who use drugs

Inspector Abdallah Said Kirungu of the Tanzanian Police Force talks about the extortion and sexual abuse that some of his colleagues are responsible for, when dealing with drug users. He stresses that there must be an emphasis on treating addicts, not arresting them. What is more, he states - to thunderous applause - the police force itself has to be subject to disciplinary action, to prevent the type of exploitation that has occurred in the past.

In a video message, Louis Jones divulges his opinion about how the war against drugs in the United States has been unfairly targeting ethnic minorities. Jones focuses on the role of the community in helping drug users survive, mentioning how newly released prisoners with HIV could count upon the local public for support.

“We’re not criminals,” Jones says, “We’re people, people, who use drugs.” He throws the spotlight on the apparent absence of humanity, when dealing with addicts; the stigma attached to using illegal drugs prevents most people from wanting to learn about someone’s life and background. Dealing out punishment without engaging drug users directly leaves less space for rehabilitation to get back into society.

Marcus, a member of the crowd with perhaps the most striking appearance out of everyone - bald, bearded and wearing a pair of glasses over an eye patch - quickly summed up the experience his children had with drugs: “everyone [messes] up <…> we moved forward <…> what we need is 100% tolerance, not this [nonsense] zero-tolerance.” According to him, solidarity and support are needed, not aggressive criticism from society.

After a brief break of heated and enthusiastic remarks about the presentations, the next set of sessions began. The most conspicuous of these was dubbed “Parenting and drug use.” The first of four speakers was Australian-born Imogen Byrne, who chose to talk her research on eleven people, who had grown up with parents, who were drug users.

She identifies the main issue accurately and concisely: “What do you do, when you love your parents, but the world doesn’t?” Byrne mentions that injecting drugs and parenting are not necessarily mutually exclusive; drug addicts have the capacity to love their children in a way that makes them feel taken care of.

The presumption of positive drug tests being an indication of poor parenting is overstated: drug abuse does not automatically mean child abuse.

However, she highlights the fact that due to the presence of various stereotypes, the children of drug users are often subjected to discrimination, as are the parents themselves.

John Miller talks about ethical dilemmas that caretakers face in their line of work, when dealing with drug users. The clash between what healthcare organizations demand and what the right thing to do for a specific person can lead to moral distress. Miller is currently developing a project that would allow caretakers to make judgements that would benefit key populations. He supports the idea of personalized aid.

What Paltrow recommends to social workers is that they “get to know the person, before reporting them”, noting that drug users would benefit from a sympathetic, rather than bureaucratic approach. She argues that the presumption of positive drug tests being an indication of poor parenting is overstated: drug abuse does not automatically mean child abuse.

Paltrow ends with an idea that mothers, who are drug users should be given as much respect as their children. It is difficult to care about the welfare of children, when their mothers are looked upon with disdain. Paltrow believes in a policy of treating drug users, not punishing them for their actions.

As evidenced by the people, who spoke today, the 2013 International Harm Reduction Conference focuses on breaking the stereotype surrounding drug users. What users need is for their addictions to be understood; support from society for when they want to rehabilitate; sympathy in their plight to deal with their troubles.

Drug users should be viewed as having health problems, not as being criminals. Treatment, not punishment is required, if addicts are to reintegrate as fully-functioning members of society. Furthermore, on a more personal level, drug users should not be disallowed the pursuit of happiness, just because of their addiction.

Punishing drug addicts and giving up on them is the easy way out. The right way to deal with the issues of drug use requires far more money, time and patience.

The question that must be asked is what sort of society we want to live in; what sort of future should be chosen for drug addicts: ostracism, or reintegration?